A student landlord who charged a tenant £290 for cleaning two flies from a windowsill is under investigation by a landlord consumer body after a number of complaints.

Campbell Property, based in Pewsey, Wiltshire, has removed accreditation from the UK Association of Letting Agents from its website pending an inquiry.

The firm specialises in letting to students in Cardiff, Birmingham, Exeter and Portsmouth.

Instead of the UKALA logo, the website says: “Please note that the UKALA logo has been removed from this website pending our renewal application which was submitted to UKALA on 5th October and is currently being processed. Campbell Property has been a member of UKALA since 2007.”

UKALA confirmed other disgruntled tenants had complained about Campbell Property.

A UKALA spokesman told the Birmingham Sunday Mercury newspaper: “They are members but their membership is under review. We have complaints about Campbell Property and we’re looking into them.”

One student, Katie Evans, 20, from Bridgnorth, Shropshire, claims she left a property let to her in Edgbaston, Birmingham, by Campbell Property ‘spotless’ when she moved out – and then received a bill for cleaning together with a photo of the two dead flies as evidence of the cost.

She has also complained to the Midland Landlord Accreditation Scheme, which is also considering a separate complaint against Campbell Property. MLAS declined to comment about cases under investigation.

“Miss Evans declined the offer and did not complete the cleaning required before she vacated the property and has subsequently been charged, at the rates that she accepted at the commencement of her tenancy, for external contractors to complete the work.”

Landlords can deduct cleaning costs from deposits handed over by tenants – or bill them for the work if there is no deposit.

This stroy shows the value of agents being part of recognised schemes. If more landlords and tenants chose only those who were members of such schemes they would have redress in the event that things went wrong. I am particulary fond of accrediation schemes like MLAS because agents in the West Midlands really struggle to let to certain client groups if they are not accredited through MLAS and loosing that accreditation can have a major effect on their income. This is customer pressure at its best.
Schemes that have arbitation are good for tenants, landlord and agents because they can give an unbiased view of the situation and find a resolution based on the evidence provided by both parties.

I am not surprised about the complaints made against Campbell Lettings. My son rented accommodation in Cardiff, the room was clean, along with the mattress which had a protective cover on, when he vacated it. 4 witnesses can verify this, however they are trying to claim for the mattress which they say was stained. I sent payment for his part of the moving out clean and they returned it, saying we had to pay the whole amount. I am not being ripped off or bullied into paying for a new mattress, which they've obviously pulled out from some storage cupboard. They were warned when they moved in, as the student that had vacated the year before posted a note through the door saying Campbell would ripp them off when they move out. Well, they won't do it to us. Maybe they need to be present when students move out and agree costs, but that way they'd not be able to rip customers off, would they....

Does anyone have the contact details to forward complaints about Campbell Lettings. These guys need dealing with, too many students have been ripped off. Spread the word, if your son or daughter is looking for accommodation avoid Campbell or end up being ripped off or bullied.
Dont's be a Victim ........

Unfortunately, Companies get greedy and turn to such underhand behaviour, therefore they don't deserve to be in business.

Karen The best people to pass the word are students and many do this via Face book or just word of mouth. If the university has an accreditation scheme there will be a complaints procedure for you to use.
I am sorry that you and your son have had a poor experience in private rented student accommodation in my experience in Birmingham student accommodation is now mainly very high standard and very competitive which give young people choices.
The other thing you could do is ask the scheme with whom your sons deposit was protected to arbitrate and this agency will then be asked to prove their case - you son will not have to prove his innocence because the money is his and anyone who wants to make a claim on that must give evidence that the claim is justified.
If this agent did not protect the deposit and give details with in 14 days you may have hit the jackpot

Hi Karen, there is a page on face book dedicated to letting students know in advance about the way Campbell work, there are lots of details of the complaints procedures on there to take a look.
http://www.facebook.com/groups/257812827583474/ or type in Campbell Property: Dissatisfaction with the service . It should come up with that, hopefully as many people as possible will complain about this company and stop them from ripping any more students off!! 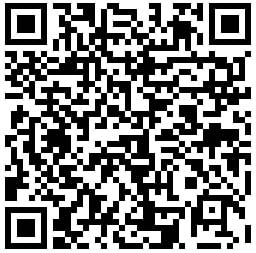 @Karen - This goes to prove just how important a clear and accurate inventory is when you move into rented accommodation. The fact they are not present during "check out" set the alarm bells off for me and I am sure a few others. Mary has hit the nail on the head about the deposit. Ask the question, there are only a few authorised schemes to hold deposit money or register it, so it would be interesting to hear more when you have the answers. keep us informed 🙂

Campbell don't take a deposit they charge upwards of £220 as an admin charge that is payable before you get a property with them, so unfortunately Campbell seem to laden lots of charges in respect of cleaning and damage at the end of the tenancy, the story about the two flies was my step daughter Katie, she has a long list of things they are trying to charge her for and claim they have paid to put right....however Katie has been back into the property since and these things have not been done. They will not allow the students to be there when they do their inspections which is ridiculous as they can plant all manor of things and photograph them, it's just fortunate that Katie took many photographs of her property when she vacated. We will continue to pursue the charges to be dropped as the property was left spotless when she left, Campbell are just not as honest as they should be and the students are suffering at the hands of them.

Hi Mark,
Campbell don't take deposits, they just charge an admin fee of about £220. So while it's great there is no deposit the admin fee which seems to me to be quite a lot (per person no matter how many people share the house) is money that a student would struggle to find in the1st place, it would make more sense to do away with the admin charge and give a deposit at least the kids have rights to get the money back 🙁

Hi Fay, you're in the right place to get help - There is a lot of experience to point you in the right direction. 🙂 In case you haven't found the site , it may be worth asking the question here - http://www.landlordlaw.co.uk/home-page

The story of a Value Investor – Part 3