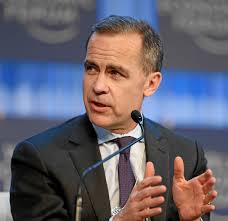 “Even stripping out the distorting effects of the two spikes triggered by law changes, the overall trend is up, with the number of companies going to the wall rising steadily throughout 2017.

“While November’s interest rate rise will turn the screws on struggling companies, its full impact has yet to be fully felt.

“The Bank of England is acutely aware of the risk that hiking rates will push Britain’s army of zombie companies – the weak businesses being kept afloat solely by rock bottom interest rates – over the edge.

“So while the Bank is under pressure to tame inflation by raising rates to more normal levels in 2018, the rising levels of insolvency will give it pause for thought. The last thing Mark Carney wants for his final full year in post is business blood on his hands.

“Two sectors in particular are on high alert – retail and construction. Many high street brands suffered a poor Christmas amid lower levels of consumer spending and continued Brexit uncertainty, and the sharp slowdown in construction is putting extreme stress on building subcontractors – thousands of whom face taking a large hit following the collapse of Carillion.

“The signs are not good and the risk of further business failures should be burning brightly on the Bank of England’s panel of economic warning lights.”

“The combination of shrinking real wages and the increase in interest rates means that the finances of many Britons are now stretched tight as a drum.

“With the cost of living still rising at 3% a year, the average person’s pay packet just isn’t keeping up.

“Those who’ve been relying on credit to bridge this gap – who are often the poorest and most vulnerable – are sitting ducks to interest rate rises.

“While November’s rate rise was modest, the Bank of England is facing calls to nudge rates up further in 2018. If it does so, there’s a real risk that thousands more people could be tipped into insolvency – even if many opt for the more palatable option of an individual voluntary arrangement.

“Increasingly seen as a ‘rescue’ procedure for those unable to pay their debts, IVAs are likely to be used more frequently.”

He is pretty soon going to have small private LLs' blood on his hands. And on hands of other government i...s like Hammond, Javid, May & Co