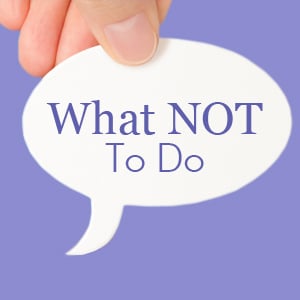 @HMOlandlady explains how not to invest into HMO’s Letting is a business, right?  Why is it, then, that some of my friends think I swan around all day tipping my fictional hat to the occasional tenant with one hand whilst emptying their pockets with the other

I currently have 30 tenants (25 of which are in HMOs), purchasing a house to convert into a flat,  studio and bedsits, selling a house 200 miles away, organising our annual Church summer series of events, trying to remember to walk the dog and get my three kids to the correct school and home again with the odd after school club thrown in.

In short, I am juggling enough of my own responsibilities without feeling the need to bail someone else out, but that is what I’ve done:

My friend, Janet, is a successful businesswoman in her own right.  So successful that she had to pay off both of her ex-husbands following divorce whilst single handedly keeping her children in private school.  She has great insight, is wonderful to share lunch with and I have a lot of admiration in the way she is a loyal Rottweiler in business.

A year ago she came to me saying that she had half a million quid cash and wanted to invest it in property – could I advise?  Definitely!  We drew up a strategy, risk assessment and decided that good value, three bed Victorian terraces would be ideal as passive investments with a chance of capital growth for her children and her builder boyfriend could manage the maintenance.  As a friend, I charged a mere £300 to find the first property (I was too embarrassed to charge more) and only £250 to find her a tenant and sort the paperwork.

She then dithered over the next purchase and instead decided to assist her boyfriend by buying his buy-to-let from him which was in negative equity in order “to help him out”.  In the meantime, she watched what I was doing with my business and how I’d advised someone else in purchasing a couple of HMOs, fill them and manage them.   At Christmas, she declared “I want to do that!  Can you look at this house I’ve found and let me know what you think?”.

I went, I looked and said “DON’T!”.  The price is wrong, the layout is wrong and, for the money, you could get a house with an extra room which would mean extra profit.  “Ah,” she said “But this is a project my boyfriend could get involved in as it needs so much work”.  At that point, I left her to it and we agreed to chat in the New Year.

A month ago, we caught up and I asked how she was getting on.  “Oh, not very well.  My boyfriend is ill, he won’t let me take over the renovation and the property is still empty.  I don’t know what to do – can you help?”.  So, I took along my partner who happens to be a letting agent and we went to give our opinion.  It’s 70% finished, no workmen have been booked in to complete the refurb because this amazingly successful woman “doesn’t want to tread on any toes” and she’s resolute that she wants to pursue the HMO market despite the fact she’s installed a very posh shower AND bath in the bathroom, an additional toilet and sinks in the four rooms – at least these tenants will have no excuses for being dirty.

We went to her with a proposal (as she’s a friend): we’ll equip the house and fill it with tenants providing she gives us an ongoing contract to fully manage the property.  Most agents charge around 10% plus VAT for a single let where they will probably have to issue an AST and accompanying paperwork once, maybe twice a year.  My inbox is full of ASTs needing to have Deposits Protected and I can be issuing paperwork on a monthly basis on top of collecting rents weekly rather than monthly so a management fee of 12% is a bargain – very much mates rates.

We were given the keys two weeks’ ago, the phone is ringing off the hook for the one room I had available in my HMO and I reckon I have just enough time to slot this project in before the multi-let refurbishment and school holidays begin, but nothing has happened.  Zilch, zero and a perfectly good property enters its sixth month without occupation or earning its keep.  It’s enough to make a landlord weep…..

My point is this: HMOs are rarely a passive let and they take time to nurture to the point where you can then look to your next project.  Some letting agents can handle them, but the responsibilities are usually outside their criteria – i.e. they need to actually visit the property more than once a year and it helps if they know the tenant names, location of stopcock and how the boiler works.  Hell, HMOs are even more involved than looking after your own home – tenants will call you not only to diagnose a blown lightbulb, but to buy it and fit it!!

If you’re serious about HMOs and want to know more about running them successfully, come along to my half day workshop in Brighton, for details visit: www.hmolandlady.com.

Your friend's other business may be successful but she hasn't a clue about this does she? She clearly has money to burn and should get shot of the waster of a boyfriend. I wonder how long he will stick around if she stops providing a meal ticket. Two husbands already, definitely triumph of hope over experience.