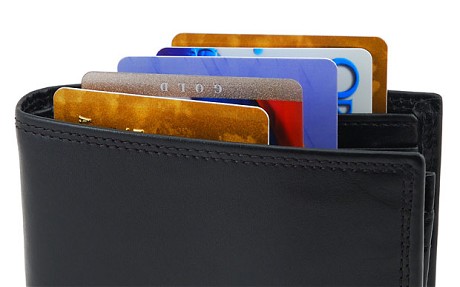 There is a new and clever credit card scam – be wary of those who come bearing gifts.

This credit card scam happened to someone a week or so ago in St. Albans and it could very easily be happening anywhere else in the country.

Wednesday a week ago, they had a phone call from someone who said that he was from some outfit called “Express Couriers” asking if they were going to be home because there was a package for them, and the caller said that the delivery would arrive at their home in roughly an hour. Sure enough, about an hour later, a Delivery man turned up with a beautiful basket of flowers and wine. They were very surprised since

It did not involve any special occasion or holiday, and they certainly didn’t expect anything like it. Intrigued about who would send them such a gift, they inquired as to who the sender was. The deliveryman’s reply was, he was only delivering the gift package, but allegedly a card was being sent separately; (the card has never arrived!).

There was also a consignment note with the gift. He then went on to explain that because the gift contained alcohol, there was a £3.00 “delivery charge” as proof that he had actually delivered the package to an adult and not just left it on the doorstep to just be stolen or taken by anyone. This sounded logical and they offered to pay him cash. He then said that the company required the payment to be by credit or debit card only so that everything is properly accounted for. The husband, who, by this time, was standing beside his wife, pulled out of his wallet his credit/debit card, and ‘John’, the “delivery man”, asked the husband to swipe the card on the small mobile card machine which had a small screen and keypad where he was also asked to enter The card’s PIN and security number.

A receipt was printed out and given to them.

To their surprise, between Thursday and the following Monday, £4,000 had been charged/withdrawn from our credit/debit account at various ATM machines, particularly in the Midlands area!

It appears that somehow the “mobile credit card machine” which the deliveryman carried was able to duplicate and create a “dummy” card(?) with all their card details after the husband swiped their card and entered the requested PIN and security number. Upon finding out the illegal transactions on their card, they immediately notified the bank and the credit/debit account has been closed. They also personally went to the Police, where it was confirmed that it is definitely a scam because several households have been similarly hit.

Be wary of accepting any “surprise gift or package”, which you neither expected nor personally ordered, especially if it involves any kind of payment as a condition of receiving the gift or package. Also, never accept anything if you do not personally know and/or there is no proper identification of who the sender is.

Above all, the only time you should give out any personal credit/debit card information is when you yourself initiated the purchase or transaction!

A very similar instance is recorded in 2008 at http://www.snopes.com/fraud/sales/express.asp but in $ not £.

I have no idea whether this is genuine as I received the story from a friend of a friend of a friend via email. It may be a copy cat story or it may be a copy cat crime. Either way, the story you have cited does tend to add validity to the warning to be vigilant. I had one of my credit cards closed at a garage on Norwich a few years ago, my credit card company refunded the money and the Police made an arrest. They were using the same machine as described in this article. I was handed the first machine to pay for my petrol and it looked just like any other. I paid as normal and the machine froze so he tried another machine and the transaction went through fine. I thought nothing of it until I was contacted by my credit card company a week or so later.

I suspect this type of crime is more common than we might think.

i got the same via e-mail about a month ago.

The core information in the message is true. A scammer used this scheme in Sydney, Australia during November 2008 and was subsequently apprehended and charged. Similar schemes have been used by criminals in various locations around the world. However, it should be noted that the 2012 version of the warning that is currently circulating is directly derived from the original 2008 version. There are currently no police or media reports that suggest that the very same scam is again occurring in Sydney in 2012.