Could Crypto cause a real world crash?

The Value of Cryptocurrencies has grown exponentially from being worth $16 billion five years ago to currently $2.3 trillion. What if the value of these assets crash? Could it cause a wider contagion in the real-world financial markets?

The sub-prime mortgage market that was considered the trigger for the financial crisis in 2008 was only valued at $1.2 trillion before the crash.

In a speech by Sir Jon Cunliffe, Deputy Governor for Financial Stability, he outlines the risk Cryptocurrencies could pose to the world economy. Click here

Sir Jon argues “the bulk of Cryptoassets have no intrinsic value and are vulnerable to major price corrections. The crypto world is beginning to connect to the traditional financial system and we are seeing the emergence of leveraged players, and, crucially, this is happening in largely unregulated space.”

“Unbacked cryptoassets make up nearly 95% of the $2.3 trillion. They are essentially non-replicable strings of computer code that can be owned and transferred without intermediaries. Bitcoin, of course, is the most prominent example, but there are now nearly eight thousand unbacked cryptoassets in existence. These have no intrinsic value, that is to say there are no assets or commodities behind them. The value of the cryptoasset is determined solely by the price a buyer is prepared to pay at any given moment. As a result, their value is highly volatile.

“A more direct issue from a financial stability perspective, given the unbacked and volatile nature of these assets, is the implications of a major price correction. Such major corrections have been relatively frequent in the short lifespan of unbacked cryptoassets. The price of bitcoin has fallen by over 10% in a single day on nearly 30 occasions in the past five years, with the largest of these a fall of nearly 40% following a cyber-incident at a prominent exchange coming in March last year.

“In thinking about this, we should be clear that investors losing money on speculative investments does not, in and of itself, constitute a financial stability problem, though it may well be a major concern for authorities responsible for investor protection.

“In the dot-com crash of the early 2000s investors lost over $5 trillion following a sharp correction in equities, with the technology-focussed NASDAQ losing over 75% of its value. In the months before the crash, the index had a market capitalisation of roughly $3.6 trillion and this followed five years of exuberant growth, averaging 42% each year. In this instance, the losses for investors were material but there was no loss of financial stability.

“By contrast, the collapse of the $1.2 trillion market in sub-prime mortgage backed securities in 2008 triggered the great financial crisis. In that case, the knock-on effects of a price collapse in a relatively small market was amplified and reverberated through an un-resilient financial system causing huge and persistent economic damage.

“Whether a major price correction is absorbed by the system, admittedly leaving some investors with very sore heads or whether it is amplified into a systemic impact depends on a number of key characteristics of how the asset is integrated into the financial system, especially interconnectedness and leverage. It depends also on the resilience of the system at the time of the correction, the liquidity in the system under stress and the ability of core elements of the system to absorb any losses.

“So a necessary thought experiment from a financial stability perspective is what would happen in the financial system if there was a massive collapse in the price of unbacked cryptoassets – at the extreme end, if the price fell to zero.

“Such a collapse is certainly a plausible scenario, given the lack of intrinsic value and consequent price volatility, the probability of contagion between cryptoassets, the cyber and operational vulnerabilities, and of course, the power of herd behaviour.

“A massive collapse in cryptoasset prices, similar to what we have seen in tech stocks and sub-prime, is certainly a plausible scenario. In such a price correction scenario, the first question that arises is the degree of interconnectedness between crypto and the conventional financial sector.

“The simplest form of connections are direct exposures, people or institutions holding cryptoassets for speculative purposes. As a large proportion of this activity is still being carried out outside the traditional financial sector, regulators have a limited line of sight into who is holding these assets. It is clear, however, that there are a large number of retail investors in this space –FCA survey research estimates 2.3 million adults own cryptoassets in the UK alone. However, the possible losses to retail investors, while raising, as I have said, investor protection concerns, is currently unlikely by itself to be large enough to be a financial stability risk.

“The picture is less clear for financial institutions. It is useful to distinguish between institutional investors and banks. A recent report identified 150 to 200 specialist crypto hedge funds. The investors behind these funds are typically high net worth individuals and family offices. In many respects this is a similar story to that of retail investors, though we would expect more appetite to take leveraged positions in these sectors.

“Taking together the volatility of unbacked and largely unregulated cryptoassets, their nascent but
fast-growing integration into the financial sector and the appearance on the scene of leveraged players, my conclusion is that while a severe price correction would not cause financial stability problems now, all else equal, the current trajectory implies that this may not be the case for very long.”

This is nothing more than the BoE jumping on the FUD band wagon and now finally waking up to the realisation that Crypto is here to stay and threatens their centralised control over money and finances. The sooner they wake up and realise people don't want the government and banks to control our money the sooner they will realise crypto is here to stay and is growing stronger day by day !!!

Crypto will be volatile however, more and more people are holding crypto and I believe it is here to stay.
El Salvado has already adopted it as it's currency and other poorer countries are keeping a close watch.

Bitcoin is definitely here to stay.

It all depends on leverage and liquidity. People 'trading' abandoned altcoin projects or projects without any real utility or purpose - i.e. many of them, must understand someone will end up holding an empty bag.
Sure, BTC, ETH and a few others will be here to stay but until DeFi really is decentralised rather than a buzzword, until some of the hard problems crypto was supposed to solve start getting fixed until the issues around Tether and stable coins are addressed, until the coercive control of the exchanges and manipulation is addressed - it really is a brave new world full of nasty surprises.
I don't see people borrowing to gamble on crypto yet. That would be a red flag to me when the average man down the pub is refinancing to trade a leveraged portfolio of alts.
I'm more concerned about what happens when Tesla goes pop.

EDIT - should say, I do hold a small amount of my net worth in crypto and have mined crypto for years and followed with interest many of the applications.

Crypto may be here to stay.

Indeed I very much hope it is.

What may very well not be here to stay however is a complete absence of government control.

I just know that they will be trying their damnedest to find a way, somehow, to nail us all back down (with the Chinese leading the way on this... for now...)

And, of course, as the FBI has recently demonstrated, crypto is not as anonymous as previously thought either.

Reply to the comment left by Badger at 16/10/2021 - 10:33
The biggest benefit of Crypto is the relative absence of government control.
You are right that this has already been very badly impacted by governments. I understand that the UK Inland Revenue have now found a way to tax it. As usual this is just taking a currently flawed system and making it worse via process and procedure and turning it into yet another government income stream.

Reply to the comment left by Paul Shears at 16/10/2021 - 10:49Indeed HMRC are taxing it and investigating those who profited in 2017/18 bull run. Not confirmed but I believe Coinbase and or banks provided HMRC with information relating to those who moved fiat from the exchange bank to their UK bank accounts and then HMRC went fishing looking into tax returns and asking questions. 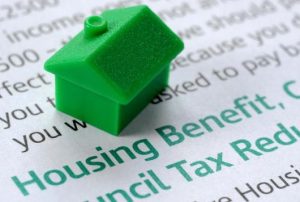 Social housing delivery was on the increase pre-pandemic

Unadopted road walled off by neighbour?

Tenants - It's getting worse unless you see both sides and...