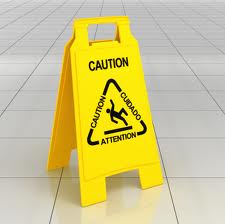 CIEH should be more concerned about standards in LA and Social housing!

The Chartered Institute of Environmental Health (CIEH) has slammed the Government’s response to the Housing, Communities and Local Government Select Committee’s report on the private rented sector, with the Government refusing to take on key recommendations.

CIEH had previously worked with the HCLG Select Committee on their inquiry, and gave evidence in February this year urging an update of the Housing Health and Safety Rating System (HHSRS) guidance and evidence base.

HHSRS, introduced in the Housing Act 2004, assesses risks to health and safety in the home and looks at faults and deficiencies that could cause injury and ill-health to residents. This system is the basis of how local authorities decide on whether they can or should take formal action on poor housing. The system has been in place since April 2006, and, since Grenfell, has taken on increased importance in ensuring that the places we live in are safe and not a direct danger to our health.

A survey of environmental health professionals, published by CIEH in December 2017 found that:

CIEH has been campaigning for the Government to commit to an update of HHSRS, and its evidence base, to ensure that it stays relevant and up to date going forward. As a result, the HCLG Select Committee echoed this call in their final report, noting that the baseline assumptions within the operating guidance for the HHSRS is now 12 years out of date and need immediately updating. The Committee report recommended a review of HHSRS.

The Government’s refusal to commit to this action has been heavily criticised, with their official response simply stating:

“We recognise that the methodology and associated guidance for the HHSRS is now several years old and we will carefully consider whether it needs to be updated. In doing so, we would wish to reflect upon who is best placed, and has the necessary expertise, to carry out such a review.”

“We are bitterly disappointed that the Government has decided not to make a decision on the review and update of the Housing Health and Safety Rating System – an issue that has surfaced throughout the Select Committee inquiry into the private rented sector.

The evidence and guidance that local authorities use to take action on dangerous housing conditions has not been reviewed or updated since it was introduced 12 years ago. Housing courts rely on this outdated guidance to make their decisions. We urge the Government to commit to a full update of HHSRS and to see how it could be improved going forward.

We are further disappointed to hear that decisions have also not been made on two other key areas of housing safety. The requirement to undertake 5 yearly electrical safety inspections and the need to provide a working carbon monoxide alarm for all rented properties with a fuel-burning device have been postponed until a later date.

This is simply not good enough and the millions of people currently in the private rented sector expected better.”

How is the headline of this article even remotely connected to the actual content?
The points raised in the body of the text raise valid points about the current method of assessing hazards in dwellings, and suggests that it needs to be updated. Nobody should really have a problem with that. 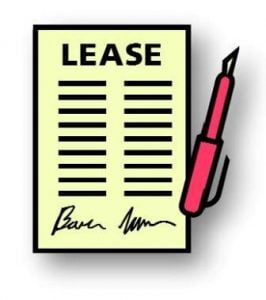