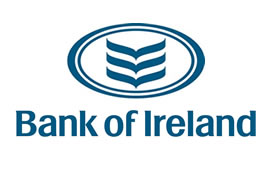 Yesterday the Treasury Committee published a letter sent to Andrew Tyrie MP from Martin Wheatley, Chairman of the Financial Conduct Authority dated 20 May 2013 regarding the Bank of Ireland’s recent move to increase the margin differential on its lifetime tracker mortgages.

The letter looks at various aspects of the banks conduct and the FCA broadly came to the conclusion that in some instances, the bank was legally entitled to increase the differential.

However, the FCA’s conclusion was based on numerous assumptions, based on information provided to it by the bank, some of which is not correct in the case of the borrowers represented by this firm. These are as follows:

The bank assured the FCA that it would only proceed with the increase where its ability to do so was clear from the documentation, and where the relevant clauses were included in both the mortgage contracts and mortgage offer documentation.

We have received over 300 complaints from people who were not aware that the bank was entitled to make this increase.
We have carefully reviewed the documentation provided by the bank and have concluded that, whilst in most cases, there is mention in the offer documentation of the bank’s ability to increase the differential, there is insufficient information provided as to what this means or in what circumstances the bank is able to do this. Further, in many cases, the offer documentation does not contain the relevant terms, but instead the bank seeks to incorporate them by reference to the current general mortgage terms and conditions. These general terms and conditions were not provided to the borrower with the offer letter, but with the mortgage deed, after the offer letter had been signed and contracts exchanged for the purchase of the property. In some cases, our clients do not recall ever having received a copy of the relevant mortgage terms and conditions.

The FCA seemed satisfied that the bank had waived its requirement to pay an exit fee if borrowers chose to re-mortgage and that it had therefore complied with one of the requirements of the Unfair Terms in Consumer Contract Regulations 1999.

In fact, the bank still requires those who are remortgaging to pay an administrative fee. Further, the assumption is made that borrowers can actually re-mortgage. In fact, it is likely that in a large number of instances, borrowers would not be able to re-mortgage with another lender.

The bank has stated that customers would be exempt from the increase if there was evidence to show that they had received communications from the bank which led them to believe that the differential would remain constant for the mortgage term.

We have seen marketing material issued by both Bristol & West and Bank of Ireland which in our view would lead borrowers to believe that the differential was fixed for the term. Indeed some offer letters describe the interest rate as being “base plus x% for term”. However in none of these cases have the bank agreed to reverse the increase.
On a positive note, this letter was sent before the FCA would have received our detailed submission based on our test case. Last week the FCA communicated with us that it is considering our submission. We expect a response by next month.

In addition, we have still to hear from the Financial Ombudsman Service who is also looking into this.

Finally, none of the above rule out the ability of borrowers to take legal action in their own names, against the bank. Obviously this action will be more costly, but given the large number of borrowers who have committed to fighting the increase, the costs can be brought down significantly. Indeed, the FCA in its letter did suggest that this might be an option for borrowers to take.

All comments via the main thread please >>> http://www.property118.com/bank-of-ireland-increase-differential/37002/#comment-24460