The Bank of England’s Monetary Policy Committee (MPC) held its previously scheduled meeting for March and voted unanimously to hold the rate at the 0.1% emergency level.

“The Bank of England’s Monetary Policy Committee (MPC) sets monetary policy to meet the 2% inflation target, and thereby helps to sustain growth and employment. In that context, its challenge over recent weeks has been to respond to the severe economic and financial disruption caused by the spread of Covid-19.

The spread of the disease and the measures that are likely to be needed to contain it have evolved significantly. The economic consequences of these developments are becoming more apparent and a very sharp reduction in activity is likely. Given the severity of that disruption, there is a risk of longer-term damage to the economy, especially if there are business failures on a large scale or significant increases in unemployment.

In the near term, many people will be unable to work for a period and others are adjusting their working arrangements. Many consumer-facing companies are now required to cease operations for a time, while other businesses have also needed to cease or scale back their activities. Household spending on social activities and other delayable forms of consumption is likely to decline materially. In an environment of heightened uncertainty, businesses are likely to postpone investment decisions. Exports are likely to weaken. These effects on economic activity will be offset partly by temporarily higher spending on essential goods and services. Nonetheless, business cashflows will be severely affected in a way that, without support measures, would threaten material numbers of businesses failing, and large and persistent rises in unemployment.

There is little evidence as yet to assess the precise magnitude of the economic shock from Covid-19. It is probable that global GDP will fall sharply during the first half of this year. Unemployment is likely to rise rapidly across a range of economies, as suggested by early indicators.

In the United Kingdom, even before the introduction of the most recent social distancing measures, the composite flash output and expectation PMIs fell sharply in March to their all-time lowest levels, consistent with a material contraction in GDP. Other timely indicators of activity, such as footfall in shops and the number of flights, have also declined sharply.

There have been very significant moves in a range of financial market prices and implied volatilities have risen to historically elevated levels, with evidence of widespread disruption to market functioning. Risky asset prices have fallen and, in the period leading up to the MPC’s special meeting on 19 March, yields on longer-term government debt rose. Additional demand for US dollar liquidity contributed to disruption in dollar funding markets, and in other usually liquid markets. The sterling exchange rate has depreciated sharply.

Overall, UK and global financial conditions have tightened materially. All major central banks have set out wide-ranging policy responses that have helped to stabilise markets and improve liquidity in government bond markets.

The front line of combatting the challenges of Covid-19 comprises the extraordinary efforts of NHS health professionals, carers and volunteers across the country.

Monetary policy should take into account the broader public policy response to reduce the disruptive consequences for households and businesses of the spread of Covid-19. This should help to minimise the longer-term damage to the economy when the health crisis abates.

In this environment, it is essential that monetary and financial stability are maintained, as these are pre-requisites of longer-term economic prosperity.  Consistent with this, the Bank of England has coordinated its actions with those of the UK Government in order to ensure that these initiatives are complementary and have maximum impact in supporting households and businesses during this period of disruption.

The Government has announced a series of substantial fiscal support measures to alleviate some of the severe cashflow problems facing businesses and households.

The Bank of England also has a role to play in supporting businesses and households through the economic disruption associated with Covid-19.

The Financial Policy Committee (FPC) reduced the UK countercyclical capital buffer rate to 0% of banks’ exposures to UK borrowers at its policy meeting on 9 March.  This action supports the ability of banks to supply the credit needed by households and businesses. The FPC, together with the Prudential Regulation Committee, will monitor closely the response of banks to recent measures, as well as the credit conditions faced by UK businesses and households more generally.

On 17 March, HM Treasury announced the creation of the Covid Corporate Financing Facility (CCFF), for which the Bank would act as HM Treasury’s agent. This will provide funding to businesses by purchasing commercial paper of up to a one-year maturity. As an alternative source of finance for larger companies, the scheme will help preserve the capacity of the banking system to lend to other companies, including small and medium-sized enterprises.

The CCFF is being funded by the issuance of additional central bank reserves but is set up in a separate legal entity from the Bank and from the Asset Purchase Facility. The MPC will continue to decide on the overall amount of asset purchases that are financed by central bank reserves. It is therefore taking the size of the CCFF into account when taking its decisions on the target stock of government and corporate bonds financed by reserves necessary to fulfil its remit.

As set out in the Chancellor’s letter on 11 March, the MPC has statutory objectives to maintain price stability and, subject to that, to support the economic policy of the Government including its objectives for growth and employment. The updated remit letter confirms that the operational target for monetary policy remains an inflation rate of 2% measured by the 12-month increase in the Consumer Prices Index (CPI).

CPI inflation was 1.7% in February. Prior to recent developments, inflation was already set to fall further below the MPC’s 2% target. It is now likely to decline to below 1% in the spring, reflecting the pass-through to fuel prices of the recent and sharp decline in the oil price. Further ahead, inflation will be boosted by the significant depreciation of the sterling exchange rate. The MPC will be monitoring closely developments in inflation and in indicators of inflation expectations, including those of households, businesses and financial markets.  Financial market measures of inflation expectations have not risen over recent weeks.

The nature of the economic shock from Covid-19 is very different from those to which the MPC has previously had to respond. The scale and duration of the shock to economic activity, while highly uncertain, will be large and sharp but should ultimately prove temporary, particularly if job losses and business failures can be minimised. In the current circumstances, and consistent with the MPC’s remit, monetary policy is aimed at guarding against an unwarranted tightening in financial conditions and, more broadly, supporting businesses and households through the crisis and limiting any lasting damage to the economy.

What the MPC is doing

Over recent weeks, the MPC has reduced Bank Rate by 65 basis points, from 0.75% to 0.1%, and introduced a Term Funding scheme with additional incentives for Small and Medium-sized Enterprises (TFSME). It has also announced an increase in the stock of asset purchases, financed by the issuance of central bank reserves, by £200 billion to a total of £645 billion. Those purchases are being undertaken as soon as operationally possible, consistent with improved market functioning.  The majority of additional asset purchases would comprise UK government bonds. Some additional sterling non-financial investment-grade corporate bonds would also be purchased.

At its meeting ending on 25 March 2020, the MPC voted unanimously to maintain Bank Rate at 0.1%. The Committee also voted unanimously for the Bank of England to continue with the programme of £200 billion of UK government bond and sterling non-financial investment-grade corporate bond purchases, financed by the issuance of central bank reserves, to take the total stock of these purchases to £645 billion.

The MPC will monitor closely the pass-through to banks and building societies’ lending rates of the recent reductions in Bank Rate.

Regarding the impact of asset purchases, gilt yields fell significantly following the previous week’s special MPC meeting and the commencement of additional gilt purchase operations from 20 March.  If needed, the MPC can expand asset purchases further.

The MPC will continue to monitor the situation closely and, consistent with its remit, stands ready to respond further as necessary to guard against an unwarranted tightening in financial conditions, and support the economy.”

Well done Neil. I'd want someone to explain how negative rates work if we ever get there.
Surely the Lender wouldn't pay us money every month?
I mean for example if they went 0.5% under BOE and u had a tracker of 0.25% over BOE.
I have heard of some landlords got these. Bas___ds. Ha ha I thought I got some good deals years ago but I missed them. 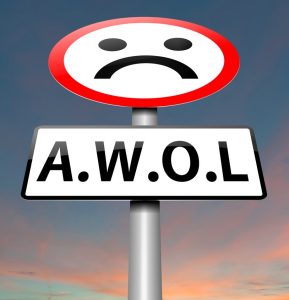 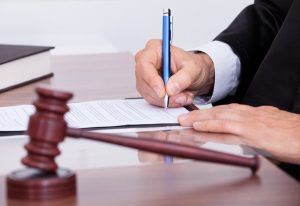 My number one piece of advice is ALWAYS communication