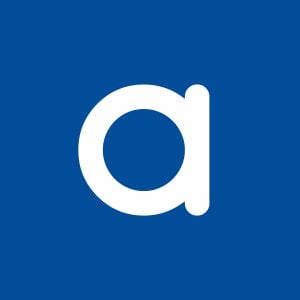 ARLA predict 500,000 PRS homes could be lost to short-term lets

Arla Propertymark have released a report on the impact of the growth in short-term lets such as Airbnb on supply in the Private Rented Sector. Arla predict that 500,000 homes could be lost to short-term lets, because of the increasing costs of anti-landlord regulation and taxation.

The research was carried out in partnership with leading consultancy Capital Economics. Click here to view the report.

– Landlords have come under increasing pressure from government regulations in recent years through the removal of tax relief, additional stamp duty and a ban on tenant fees

– Almost one quarter of landlords surveyed currently let out properties on short-term lets, while twelve per cent of these have done this by changing the use of a property that was previously used for long-term lets; almost 50,000 properties have already been made unavailable to long-term tenants in order for landlords to pursue short-term lets

– If only the landlords that said they were ‘very likely’ to move to offering short-term lets were to do so, between 80 and 230 thousand properties could be unavailable for residents looking to rent, which is equivalent to between 1.5 and 4.3% of the private rented sector dwelling stock in Great Britain

– If the landlords that said they were ‘very likely’ or ‘fairly likely’ to move to offering short-term lets were to do so, between 200 and 470 thousand properties could be unavailable for residents looking to rent, which is equivalent to between 3.8 and 8.7% of the private rented sector dwelling stock in Great Britain

– Short-term letting via online platforms has grown quickly over the past decade, with around 225,000 active listings on one site alone in 2017/18

– 16% of adults in Great Britain have let out all or part of their property on a short-term basis over the past two years; most commonly they have let out their main residence, but over 3% of people have let out a property they own, but don’t usually live in

David Cox, ARLA Propertymark Chief Executive, said: “The growth in short-term lets is particularly concerning for the traditional private rented sector. As landlords are continuously faced with increased levels of legislation, it’s no surprise they are considering short-term lets as a chance to escape this.

Unless the sector is made more attractive, landlords will continue to exit the market resulting in less available properties and increased rent costs.”

When George Osbourne hit landlords with his baseball bat in the 2015 budget, it was immediately obvious what would happen in terms of adding to the long term housing shortages. Obvious to all except government policy makers!
Britain needs family homes and not part filled holiday lets. Unless urgent change is made to the PRS, I will have to evict long term tenants, including some disabled from around 50 properties due to the current unworkable policy changes!

Is planning permission required to use a property for holiday lets?

Planning permission is sometimes required - it depends upon the individual council. I have a short-term let in Scotland and I couldn't get change of use as it wasn't required so I got a certificate of lawfulness.

I anticipate that this estimate is well below the true figure as the report fails to take any account of the Homes (Fitness for Human Habitation) Act 2018, which will make it significantly less attractive for landlords to let residential property in the coming years.

Reply to the comment left by Iain Wightwick at 05/02/2020 - 17:28
I'd be interested to hear exactly why you think that. Is it perhaps because you foresee landlords being held responsible for damp and mould caused by condensation due to the tenants' failure to properly heat and ventilate the property?

Great article.
I am an accidental Airbnb landlord. I have been trying to close the deal to sell an apartment that I previously let out for many years. The last tenant left after 7 years and we decided that finding new tenants with all the new burdens (and tax increases) on landlords was simply not worth the trouble. Anyway once we got the property back and it had been thoroughly cleaned I realised it was ideal for short term let. Initially I thought the sale would go through before Christmas but its been dragging on. Anyway what I have found is that Airbnb is quite fun. The visitors have been decent so far and I have been able to generate similar amounts of money to the previous long term let. I don't know if I would do it long term but if you want flexibility to use the property for your own use or are not wanting to commit to a long term let its a great solution.

I should have added in London you can only let a property for 90 nights per year on Airbnb so realistically if will not replace long term lets unless people illegally defeat the rules.

Reply to the comment left by Old Mrs Landlord at 06/02/2020 - 07:41
Hi there - yes precisely. It is very easy for claimant surveyors to allege that condensation and mould are caused by design defects rather than failure to heat/ventilate. Harder to disprove it - and much of the time it's a combination of the two anyway.The landlord is excused liability only where the defect is 'wholly or mainly' the tenant's fault. Also the list of hazards in the Regs is long and includes many issues which would be v expensive to remedy, e.g. sound insulation, expensive heating, small rooms. Of course the standard is objective, so judges may disagree with tenant surveyors, especially if the landlord uses a better expert witness. But many landlords won't know how to defend themselves and are likely to stop renting their properties to avoid the risk of being sued.

Mark Smith | Why Are You Paying Too Much Property Tax? | Live at The Great Property Meet!