A case of communication, cooperation and compliance

I wanted to share this story, because it demonstrates the importance of direct payments from tenants in receipt of Universal Credit to Private Rented Sector (PRS) landlords.  Not only does it give landlords peace of mind, it also safeguards tenancies, ultimately preventing homelessness.

As a result of the arrears, the landlord had made several attempts to apply to The Department for Work and Pensions (DWP) to set up an Alternative Payment Arrangement (APA), meaning the housing element of the tenant’s Universal Credit would be paid directly to the landlord.

The APA kept being declined, because the tenant had put a case forward to say that there were disrepair issues at the property that the landlord had not addressed.  The tenant also said that when the landlord upgraded the central heating system, he did not use a qualified gas safety engineer.

We contacted DWP to get a clear understanding of what was actually happening regarding the APA and were advised that we needed to speak to the tenant’s solicitor in order to resolve the disrepair issues which were preventing the APA from being approved. We then contacted the solicitor directly who said that the case had been resolved and closed!

Clearly, there was a miscommunication between all the parties involved. At this point, we gathered all the necessary evidence to show that there were more than 8 weeks of rent arrears and that disrepair issues had been resolved. We then applied for the APA and third-party deductions to recoup the arrears on behalf of the landlord and submitted a stage one complaint.

Presenting the correct information meant that DWP were able to come to a decision much quicker and in less than a week the APA was approved.

This situation could have turned out very differently. The landlord may have decided to evict the tenant when communication between the two broke down. However, the tenant is now satisfied that the minor repairs at the property have been carried out, and the landlord is now happy to keep the tenant on knowing he is receiving rental payments directly.

I’m pleased to say that communication, cooperation and compliance have rectified this issue.

Well? The tenant has still pocketed £3k in rent, just because an APA has been put in place does not negate the bad faith and uncertainty. The landlord should still have an eye on taking possession of the property.

Did you establish the truth of the tenants's assertions? What were the "minor repairs"? Was a Gas Safe engineer's sign off required and has it been obtained? What communication did the tenant have with the landlord about the issues before withholding rent?
Crucially, has the landlord now received the more than £3000 arrears or are they being paid off at a few pounds a week?

Yes I don’t get it either. I am presuming from the massive amount of rent arrears that the tenant was pocketing their housing element as well as their shortfall??? What has changed, other than the housing element is paid to the landlord and the arrears are slowly being paid off? There is still a tenant in there who cannot be trusted.

Are APAs allowed to be linked to repair issues? As we all know, the rent is due regardless of the repairs (unless following the strict process of retaining the rent after a lengthy delay and obtaining quotes to pay for the work directly...a process rarely followed correctly) and there is specific legislation relating to repairs. APAs should not be withheld purely on a tenant's say-so!

Good job we've got Caridon Landlord Solutions & Bill Irvine of https://universalcreditadvice.com/ cause the little/big changes they doing in the background is filtering down to us mere mortal Landlords. I know we don't think so, but things should improve. 1 day. Maybe in 20 years ha ha when DWP UC finally wake up.

Yes Luke:
APAs should not be withheld purely on a tenant's say-so!
But it is happening & we just got to keep educating these UC imbeciles with the rules/regs/guidance.

Reply to the comment left by Ian Narbeth at 01/07/2019 - 16:36
Dear Ian,
Thank you for your comments.
The Gas Engineer was registered and the tenant had reported several maintenance issues to the landlord which were resolved.
Third party deductions were set up towards clearing the arrears. 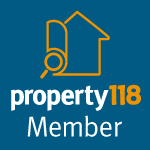 It used to be the case that the tenant's approval was necessary for an APA, and they could stall the whole process by simply refusing to answer DWP's request for approval, but that's no longer true.

Re repairs stopping payment of the rent, the gov's detailed guidance on APA's doesn't mention that as a possibility. See:

Reply to the comment left by CARIDON LANDLORD SOLUTIONS at 02/07/2019 - 18:25
But you can understand how the logic does not follow on from ‘official’ repair issues. There is a process laid down for writing to the LL and allowing reasonable time, then obtaining quotes and finally paying for the job from the rent. It’s not an arbitrary decision by the tenant as and when they feel, so I would suggest that unless they are part-way through this specific procedure, they should not be able to prevent an APA. I don’t understand the DWP’s reasoning. We have legislation that covers this eventuality! It feels like they make it up. 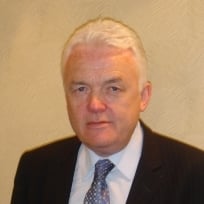 Reply to the comment left by Luke P at 06/07/2019 - 21:25
Refusing APA requests on the back of claims relating unresolved repair or maintenance issues is just simply wrong. APAs should be determined on nothing other than Tier1-2 factors, which include 1 or 2 months rent arrears.

Following with withdrawal of explicit consent in December 2017, DWP agreed to accept the evidence provided by PRS landlords with one exception - the tenant challenged the basis of the landlords’ Tier1-2 request. Neither repairs or maintenance are factored into these considerations.

The problem is, not all DWP staff apply their own internal guidance, relying instead on their own personal viewpoint. This same issue occurred in the past with LHA claims until the LGO heavily criticised councils for interfering with irrelevant considerations. If this is happening in your patch, email DWP’s District or Partnership Manager. Their names and email details can be found by Googling “JCP District Managers”.