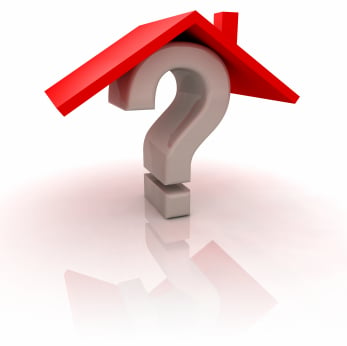 Why the latest house prices statistics are meaningless

The latest lender statistics showing house prices have slumped by 0.1% in a month are next to meaningless.

The cost equivalent of the price fall is around £163 since February for the owner of an average home and the percentage change is considered as rounding to most mathematicians.

Despite this, the Halifax, the lender producing the statistics has glumly stated house prices are still falling and that they expect them to continue to drop by 2% or so by the end of the year.

To work out the relevance of these statistics, borrowers need to look at the source of the data.

The key point is the data is based on mortgage applications processed by the Halifax, so the resulting figures are skewed by the type of customers targeted by the lender’s marketing and are likely to be regionalised in to the areas with most Halifax branches.

The figures purport to cover the whole UK, but Halifax parent Lloyds TSB channels Scottish home loans through the Bank of Scotland, for instance.

Next is the sampling. The data refers to approved mortgage transactions rather than completed purchases.

This could mean many of the mortgages never proceed to completion because the sale falls through and does not reflect actual house prices because many borrowers are ‘approved’ for a loan before finding a home and negotiating the final purchase price.

The problem of house price surveys misleading or confusing homeowners and buyers is under consideration by the government, which has set up a working party to produce a ‘definitive’ house price index.

Martin Ellis, housing economist for the Halifax, said: “House prices continue to fall at a modest pace as measured by the quarterly rate of change, the best measure of the underlying trend in price movements. Prices in the first quarter of 2011 were 0.6% lower than in the fourth quarter of 2010. There was a 0.1% rise in prices in March and prices were a similar amount above those at the end of 2010.

“The overall decrease in prices in the first quarter of 2011 compared with the previous quarter was a little lower than the quarterly falls recorded in the third and fourth quarters of 2010. The recent increase in employment, particularly those in full-time jobs, may have been an important factor supporting the market.

“Our forecast remains for a 2% decrease in house prices in 2011 as a whole. Uncertainty over the general economic outlook and individual financial circumstances are likely to constrain housing demand, resulting in some modest downward pressure on prices.”

Basing a price trend upon mortgage applications through a single lender seems about as reliable as basing it upon Estate Agents' valuations. A house is worth what it sells for. A UK average must be surely be taken from the whole of sales in the UK including houses which sell without a mortgage, an entirely different market segment.
It seems to me the only true representation of actual price trends would be HM Land Registry?