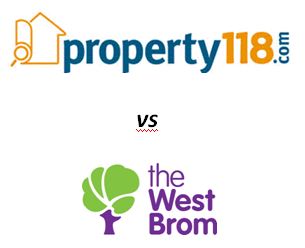 I was one of the many on Property118 who joined the valiant battle in Court (well done Mark and Mark!) to recover the illegally taken additional interest on BTL loans (they had raised the margin over the BOE base rate on what were advertised as “tracker loans”.

Today in the post came the info pack for the AGM on Weds, 26 July 2017. What caught my eye was the way that the CEO (Jonathon Westhoff) was still patting himself on the back for improved operating profit (up £2.9m = good work!), but then explaining away the overall loss thus:

“The statutory loss before tax of £19.8m (2015/16: profit of 13.5m) included the one-off costs of refunding additional interest charged since December 2013 on certain loans to landlord investors with multi-property portfolios. This followed the well-publicised overturning in June 2016, by the Court of Appeal, of an earlier decision of the High Court in respect of the Group’s ability to vary the interest rate applicable to these loans.”

Did they accept that they had done wrong? Not a bit of it!

“It is regrettable that our attempts to introduce fairness, for the benefit of our membership as a whole, were ultimately blocked. We have, nonetheless, duly met our obligations to cease charge g the additional interest and to reimburse the affected borrowers for what had previously been levied.”

Even a year later, he is still in denial that they had done wrong, even though the Court of Appeal said so. He doesn’t even mention the key point (trying to vary the margin above BOE’s base rate).

He says that they were trying to “introduce fairness” by targeting what he thought were soft targets (thanks again Mark, Mark and all who helped!).

He neglects to mention that the previous years’ profits included those illegally levied additional interest costs. And that his bonuses included an element taken from these illegal charges.

Not only does he not have to reimburse elements of his previous bonuses, but his total benefits is holding up rather well (£631k). Were the additional interest charges for the benefit of some other members, or to inflate profits for the benefit of CEO bonuses?

And it’s not just the CEO who has done well out if these illegal practices: the recently retired CFO Mark Gibbard has done rather well too (£504k for less than a year). Maybe he has bailed out at this time, knowing something else is about to hit the fan?

Don’t let them think that it was acceptable to do this, and “regrettable” that they were caught out!

Did you know he was made the Members Elect Deputy Chairman of the Building Societies Association just five months after we won our Court of Appeal case?

How can this possibly be?

Jonathan Westhoff has constantly justified the tracker rate rise by claiming he wanted to introduce "fairness" and help savers. Truth is he never put the savings rates up at all. (Didn't see any increase at all on my WBBS ISA savings accounts). Of course anybody with just half a brain cell would know that he couldn't do so, as the WBBS saving rates would have been out of kilter with the market and the Society would have been flooded with funds that it could not have lent out. He still thinks we're gullible enough to believe him.

The Society's performance is absolutely dire despite ridiculous claims it is good. If you strip out the paper profit attributed to the increase in property values with their West Brom Homes rental subsidiary the trading profit is just over £2million. A pathetic result given the Society's assets are £5billion. Compare this to their rival Coventry Building Society where profits are around £100 million with assets of £30 billion. Proportionately the West Brom trading profit should be around £15 million.

A bit of honesty from Mr Westhoff would be appreciated. To be fair he's not responsible for the mess the Society's interest margins are in. So why can't he simply acknowledge that his predecessors took a massive gamble by not setting a floor to the BTL rates and he was simply trying to restore profitability to stabilise the Society. To lie and say it was about fairness when clearly it wasn't and he did not put any kind of fairness in place is an insult to everybody's intelligence.

The BTL loans affected were with West Bromwich Mortgage Company Limited and not the Society. Not 100% sure but I don't think these mortgages carry voting rights. Anybody know ?

Iain Duncan Smith Has Spoken Out For Landlords