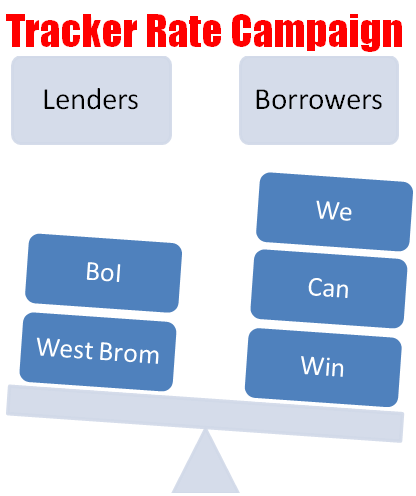 Having been lobbied heavily by their constituents Jason McCartney and David Morris are both delighted with the cross party support of EDM976 regarding the Conduct of Mortgage lenders, there are 39 signatories as of 6th February 2014 – see http://www.parliament.uk/edm/2013-14/976

The background to this is that at least two mortgage lenders have used ambiguities within consumer protection legislation to increase their profit margins on some of their tracker rate mortgage products for both homeowners and small buy to let landlords. For example:-

Andrew Tyrie, Chairman of the Treasury Select Committee, put massive pressure on the FCA to intervene when the Bank of Ireland first announced in plans in March 2013. However, the FCA refused to take the case to Court or even to seek independent legal advice on the detailed complaints put forward by the legal team of a campaign group organised by the internet forum Property118.com. The FCA also provided assurances to Mr Tyrie that the Bank of Ireland was a “one off” scenario. However, shortly thereafter the West Brom Building Society announced its plans to increase its tracker rate margins too.

If you are unfamiliar with tracker rates, “A tracker mortgage links your interest rate to the Bank of England Base Rate so your monthly payments move as this changes. This means you could benefit from cheaper payments when the Bank Base Rate is low but you will also need to budget for higher mortgage payments in case the rate goes up.”

Believe it or not, the text in italics above comes straight from a PDF document called “Mortgages Made Simple” which is published by the West Brom Building Society who also had the following statement on their website at the time the affected products were being sold …

With the consumer based regulators seemingly having washed their hands of these cases it has been left up to borrowers to raise funds to fight this out in Court on the basis of contractual issues and misrepresentation. Given that mortgage lenders have very deep pockets when it comes to funding legal action, and the potential of borrowers having costs awarded against them if they lose, it is very easy to see why this is a such a terrible position for those affected to be in.

That is far from where this might end though. This could be bigger than the RBS scandal, LIBOR fixing or the mis-selling of PPI or interest rate hedging products. Over 2.5 million tracker rate mortgages have been sold in the UK and such is the fear of other lenders following suit that more than 157,000 people are now following the Property118.com internet forum thread relating to this campaign.

Campaigners have raised well over £100,000 but this is a drop in the ocean when compared to the profits these lenders are making on the back of the increase and the funds they will throw at litigation to defend their positions.

Several MP’s have applied for a 90 minute debate and Property118 members are urging their own MP’s to do the same. The campaign group are pressing to arrange for Mark Alexander, the Property118.com campaign organiser, and his legal team to meet with Andrew Tyrie and Sajid Javid at the treasury to brief them in greater detail.

You can download a PDF of these briefing notes HERE. Please forward to your MP.

Tax issues for expats transferring property to an overseas company