Chris asks what reason is there for the change in Gas Safe regs reducing the allowable pressure drop between meter and boiler?

It now seems to be between 1 and 3mbars the pressure at the governor is 19-21mbar and the required pressure at the boiler is now 18mbar – even when the manufacture (Vaillant) writes that the boiler needs only 16mbar. This often leads to a requirement to rip out the existing 22mm pipework installed for the same 24kw boiler (1 bed flats) installed less than 10 years ago and replace with 28mm pipework to deliver 18mbar at the boiler.

The existing pipework provides 16mbar at the boiler. This work can easily cost 1/3 or more of the cost of the new boiler, and my gas engineer says it’s happening all over. This is a mad waste of the country’s treasure unless there is a good case for it: what is the case?

The 2003 regs appear to have been content with 12.5mbar at the boiler! Has anybody done a whole-life cost of condensing boilers? I have been undertaking planned replacement of older boilers, but I am seriously considering changing to the IIABDFI policy (If it ain’t broke, don’t fix it). I am seriously considering service boilers and separate point of use electric water heaters.

I’d also like a boiler that didn’t need mains electricity as I don’t trust any of our politicians to make decisions in time to safeguard either supply. Best alternative is solar tubes and a pv pump, with a Honda 4.5kw generator in the shed, but it doesn’t work for flats!

On a parallel issue with the Gas:

When we bought the block of flats we lived in (12 years ago) because the landlord, a retired Barclays director, had let the property get into such a bad state we were the only buyers, we amalgamated two 1 bed-flats to make our own living space.

10 years later when we moved out to another wreck to live in and refurbish, both Gas & Electricity said we needed new supplies for the street. When they installed the new gas pipe, in a trench from the other side of the street, I suggested they put in a larger pipe, as we have permission to convert the basement and will need a new supply for the as well.

All it needed was a slightly larger pipe, if at all. The price for the new connection was £290 – standard price. To put a 3mm larger diameter pipe (28 vs 25mm) in an already dug trench put the price up to £2100. When we do the conversion they will come back, dig a new trench and make a new connection, again for £290 (plus inflation).

Some of you may have head of these ‘free’ solar panels we can have on our tenants houses.

A company is offering to put them on my houses at no cost to me.

The company trying to put them on for me, says I will earn money off them over the next 10-20 years. Something like £600,000 on 20 houses, but I can’t see that. END_OF_DOCUMENT_TOKEN_TO_BE_REPLACED

I wanted to share with you a recent ‘near miss’ with one of our landlord’s.

We had taken on a new portfolio and as part of procedure, we attempted to carry out an inspection by contacting the current tenants. We had no success with 2 properties despite letters, calls and turning up ‘on spec’.

Ultimately we attended with a locksmith – and found that both had been used as cannabis factories. Boilers, radiators, piping and wiring had been removed and the plaster work through out damaged (I’ll produce a follow up email on how to avoid cannabis factories soon). END_OF_DOCUMENT_TOKEN_TO_BE_REPLACED

All the property “gurus” (and I’ve really started to despise that word) advocate buying BMV property – “you make your money when you buy the property not when you sell it” as Robert Kiyosaki (the guru’s guru) says.

One of the best ways of doing that is buying repossessed property at below market value. Given the state of the economy, you can find plenty of these deals through estate agents and auctions and, if you are buying large numbers direct through the asset management companies. It helps enormously if you are a cash buyer and at the very least you need to have funding already in place as the seller will always want to see proof of funds before even considering an offer. END_OF_DOCUMENT_TOKEN_TO_BE_REPLACED

This weekend I came across a person who could become to landlordism what the legendary Roy Brooks was to the world of Estate Agency.

His name is Mick Roberts and he operates in the Nottingham area under the brand of Advance Properties. I’ve not met Mick yet, in fact I’ve not even spoken to him but I have watched a couple of his videos, received an email from him and tried to return his call. His voicemail message on his mobile was hilarious and his website was very different to pretty much anything you will have ever seen too. Mick said in his email that he’s been receiving our Newsletters for months. He left his first comment on Property118 with links to his YouTube channel this weekend.  END_OF_DOCUMENT_TOKEN_TO_BE_REPLACED

As a landlord you can be forgiven for thinking that every bit of news from the government concerning the lettings sector is bad for the landlord – A new set of obligations which comes with the obligatory application process. Creating paper, jobs and VAT income for the government! Enough of my cynicism 🙂

So this article should bring you some cheer – and I will whisper this – A government policy that is based upon complete common sense! END_OF_DOCUMENT_TOKEN_TO_BE_REPLACED

The confusion surrounds houses in multiple occupation – HMOs – which are homes where several tenants have their own rooms, but share cooking and bathroom facilities.

Tax rules ban claiming capital items, like boilers and fire safety equipment in residential property unless they are in communal areas. END_OF_DOCUMENT_TOKEN_TO_BE_REPLACED

We are delighted to announce the Property118.com website awards for Nottinghamshire.

Judging decisions were based on a combination of powerful analysis algorithms and human experience. Click here for further information about the awards and the judging process.

View the winners from other counties by clicking here.

So without further ado, the winners are:- 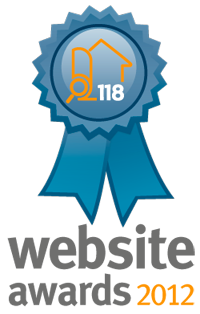 We are delighted to announce the Property118.com website awards for Herefordshire.

Judging decisions were based on a combination of powerful analysis algorithms and human experience. Click here for further information about the awards and the judging process.

View the winners from other counties by clicking here.

So without further ado, the winners are:-

Tenants need to know about how to cope in an emergency to protect rental properties from risk of damage in the cold weather, urges the National Landlords Association.

Many rental properties were damaged by flooding after burst pipes because tenants did not know how to switch off the water supply, claims the NLA. END_OF_DOCUMENT_TOKEN_TO_BE_REPLACED