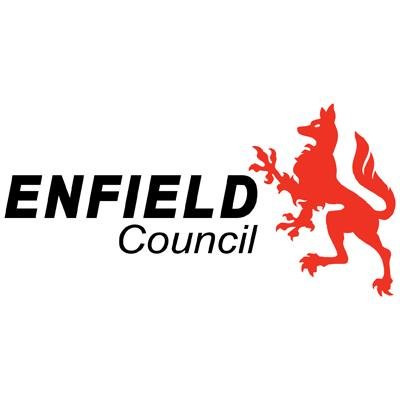 A new private rental licensing regime in a London borough is being described as “a major step forward in improving living standards” but comes with a 58% rise in some fees for Buy to Let investors and professional landlords and shows that, in reality, the main purpose is £8million of revenue generation for the council and very little to do with housing standards.

In a shameless money-grab Enfield has increased its fees from £697 to £1,100 for 5 persons and more for each additional person! Mandatory HMO Licences and £900 per property for 3 and 4 persons shared house HMOs.

The new additional licensing scheme introduced this week by Enfield council includes most HMOs in the borough. This extends licensing to an estimated 8,000 HMOs including shared houses, shared flats and bedsit HMOs occupied by three or more people who are not all related.  This goes far beyond the mandatory HMO licensing scheme which is restricted to most HMOs occupied by five or more people.

Meanwhile, the council has increased its mandatory HMO licence application fees for properties with five lettings, rising from £697 to £1,100. According to Phil Turtle of Landlord Licensing and defence, “We have been told by inside sources at another council that their estimate of the true cost of operating licensing works out at around £300-350 per HMO. Council finance directors, however, told them to triple it!”

Larger HMOs are being charged at a higher rate according to the number of lettings.

The cost of an Enfield additional licence application for 3 and 4 person HMOs is a fixed fee of £900 per property, with all application fees payable in two instalments.

A council spokesman says: “Having a licence will allow landlords to demonstrate that they provide decent quality accommodation for tenants, and we will work with landlords to support them to achieve the licence conditions.

“We believe the scheme will improve the reputation of private landlords, as well as Enfield’s reputation for providing quality housing. The scheme is a major step forward in improving living standards for many Enfield residents.” continues the nameless spokesman: doubtless with fingers crossed behind his back.

Of course, what he really meant is the council can squeeze £8million out of local landlords with this taxation scheme.

However, it is thought that a selective licensing scheme which the council had wanted to introduce in order to tax every landlord in the borough has yet to be approved by the Ministry of Housing, Communities and Local Government.

Phil Turtle is a Casework Consultant at Landlord Licensing & Defence. He is a Certified HHSRS Practitioner – similarly qualified as many Council Enforcement Officers.

Landlord Licencing & Defence is helping landlords get out of trouble when they get into it. We are fighting against councils that have become power-crazed and which are persecuting decent landlords for immoral financial gain.

needs to be taken to court--it was ruled in kingston that fees may only reflect reasonable costs--anyone heard any more re the kingston case?

If only all the landlords could simultaneously raise rents accordingly.......

The variation in fees around the UK is colossal- I averaged out 8 Cities within a 50 mile radius of Winchester and they came in around £450 with some as low as £150 - Winchester came in at double the average, £900 which for around 1-2 hour work to issue a licence is completely unacceptable - I had previously had my house inspected (and passed) 3 years before HMO licences became compulsory and still had to have the full inspection again ! only this time they insisted on all new fire doors with self closers (both totally ruin the domestic look of a home) to hallways and interlinked smoke alarms in every bedroom as well as Hall landing and kitchen - complete overkill on a 2 storey house which has window escape onto single storey roof extension/bay window just below all first floor bedroom windows allowing easy egress in event of fire- did they listen? what do you think ?

How to change AST agreement when husband voluntarily moves out?