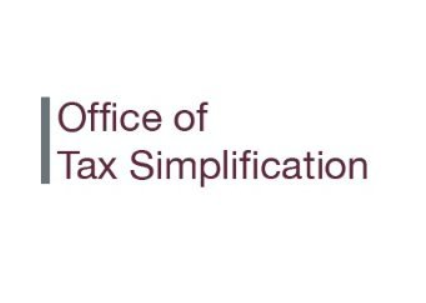 The Office of Tax Simplification’s (OTS) second report recommends that the government consider extending the reporting and payment deadline for the UK Property tax return from 30 days to 60 days. Click here

Around 150,000 individuals make a disposal of UK residential property each year, 85,000 of whom have a taxable gain and need to file a UK Property tax return within 30 days.

Even with adequate awareness and preparation, the OTS considers that 30 days is a challenging deadline, even if this return were integrated into the Single Customer Account.

The OTS recommends that the government consider extending the reporting and payment deadline for the UK Property tax return to 60 days, or mandate estate agents or conveyancers to distribute HMRC provided information to clients about these requirements.

Bill Dodwell, OTS Tax Director said: “Together these two reports make up the most comprehensive review ever conducted of the tax and the practical experience of those who report or pay it.

“Many people have limited awareness or understanding of Capital Gains Tax. As the tax tends to affect taxpayers on a one-off basis (over 70% of those paying it in the eleven tax years to 2017-18 did so only once in that period), they do not so readily pick up the knowledge and experience that comes from dealing with something regularly.

“This means it is particularly important that the rules, and HMRC’s guidance and processes, are intuitive and fit with the practicalities of life, so far as possible.”

The NRLA commented: “Landlords should always ensure they meet all legally required deadlines to pay tax. That said, today’s report from the Office for Tax Simplification demonstrates a woeful lack of communication and consideration by HMRC about what is expected of those liable for the tax. It adds weight to the argument that the seemingly arbitrary, 30-day deadline has created more problems than it solves.  We would support the OTS in recommending an extension to 60 days to avoid landlords missing a shorter deadline, potentially through no fault of their own.”

On further issues the OTS recommended:

At present there is insufficient awareness of the nomination procedure among the 1.4 million people who own second homes. It is also peculiar that nominations are needed even where no capital gain can arise on a rented second home.

The OTS recommends that the government review the practical operation of Private Residence Relief nominations, raise awareness of how the rules operate, and in time enable nominations to be captured through the Single Customer Account.

Divorce and Separation: Married couples or civil partners can transfer assets between them without triggering an immediate Capital Gains Tax charge.

Divorcing or separating couples continue to benefit from this rule in the tax year in which they separate. However, after that, transfers take place at market value in accordance with the normal Capital Gains Tax rules.

Bill Dowell, OTS Tax Director said: “In 2020 it took an average of a year to secure a divorce in England and Wales. Everyone who commented on this issue considered that limiting the tax rule about these transfers to the tax year of separation give couples inadequate time to reorder their affairs.”

The OTS recommends that the government extend the operation of this rule to the later of:

Treatment of deferred proceeds when a business is sold: The proceeds from the sale of a business or land can be received in several different ways. Sometimes the proceeds of a sale might be paid over a number of years, or the proceeds could be a combination of cash and other assets such as shares. In addition, a business can be sold for an uncertain price that depends on future events.

Some of these more complex types of business and land sales create practical tax issues which can result in tax needing to be paid upfront before any cash has been received, distorting commercial decision making, and which are difficult for taxpayers to understand.

The OTS recommends that the government consider whether Capital Gains Tax should be paid at the time the cash is received in situations where proceeds are deferred, such as on the sale of a business or land, while preserving eligibility to existing reliefs.

We recently signed up to the Government Gateway CGT section which is totally separate from the normal PAYE/Self assessment section. It actually had us in tears as it would not register my wife, just kept saying the system was down. something we found difficult to handle at our age. It took about 6 weeks to sort out through their helpdesk. Fortunately this all happened and was resolved before completion of the sale. Utter disaster and the distress it caused us was unforgivable..

I want to help my wonderful tenant moving to Exeter

Sad death but no agreement with daughter who was resident?