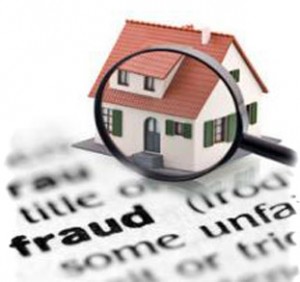 A mortgage adviser who stole buy to let landlord’s identities to con lenders out of £3 million has started a five year jail term.

Feruza Mettrick, 33, toured around letting agents in Leeds, Huddersfield and Harrogate looking for properties for rent that were mortgage-free.

With the help of two accomplices, she rented the homes under a false name with forged documents and then made mortgage and loan applications by pretending she was the real property owner.

But her frauds were spotted by Leeds Building Society, who tipped off police.

Mettrick stole £515,900 that was whisked away in to offshore bank accounts as lenders failed to pay out on the rest of her applications.

In one case, she posed as a 67-year-old woman owner of a bungalow in Harrogate and took out a £120,000 home improvement loan. In some cases, attempts were made to sell properties without the real owners knowledge.

Police arrested her as she passed herself off as one of her stolen identities disguised in a wig and glasses at the Royal Bank of Scotland in Harrogate. She had papers for several stolen identities and seven mobile phones with her.

Mettrick pleaded guilty to conspiracy to defraud at Leeds Crown Court after trying to fool police by claiming they had mistaken her for someone else.

Nick Worsley, prosecuting, said: “This is sophisticated, repeated and professional offending by a defendant adept at using disguise and subterfuge.” Sentencing, Judge James Spencer said: “She is a conman. I don’t accept anything she says.”
Mettrick’s accomplices were sentenced at an earlier hearing.

“Make sure your property is registered. Then, if you become an innocent victim of fraud and suffer a loss as a consequence, you will be compensated,,” said a spokesman.

“Fraudsters often target properties where there is no mortgage or the owner lives elsewhere. They may attempt to acquire the title by using a forged transfer or impersonating the owner.
“One way to help stop them is to ensure the contact details we hold for you are up to date. When we receive an application regarding your property, we may write to you about it. If your contact details are not up to date, you may not receive our letter or email.”