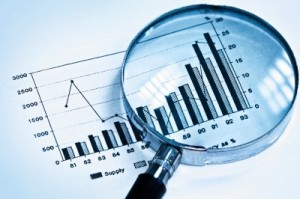 London rents are miles higher than anywhere else

London landlords are picking up rents that are double the average for the rest of the country.

The capital is streets ahead of the rest in terms of rental costs – with average rents of £1,372 per month compared with an average £688 elsewhere.

With London ranking as the seventh most expensive city to live by ex-pat human resources consultancy Mercer, new research shows rents have outstripped inflation over the past two years.

Living in London costs 25% more than living in the second most expensive area – neighbouring Middlesex. Another Home County region, Surrey, is ranked third.

Scotland is the cheapest place to rent in the UK, according lettings services firm Endsleigh.

Tenant pay an average £299 per month for a property, almost half (43%) of the national average.

Rents are increasing in Scotland – for example, last year tenants in Selkirk paid double what they did the year before that. Nevertheless, rents are still 4.5 times less than in London.

The next cheapest areas for renting are Lincoln, Stirling and Stafford.

Carlos Thompson, Endsleigh’s Head of Business Development, said: “The increase in cost of renting across the UK shows that despite the recession the lettings market has remained strong, which is great news for landlords and letting agents.

“Tenants on the other hand may be disconcerted by this news. They shouldn’t be, our survey in April showed that two thirds of landlords won’t be putting up their rents this year. I suspect the increase in rental prices in the last two years has brought rental prices in line with the market value, allowing costs to plateau this year.”
Meanwhile, research by Connells Survey and Valuation shows valuations for buy to let investors soared by 47% in June, up 90% on June 2010, with one in 10 valuations now carried out for property investors.

John Bagshaw, corporate services director of Connells Survey and Valuation, said: “The buy-to-let market is going from strength to strength. Rents are at record highs in many areas, tenant demand is robust and yields are steadily climbing.”

What Property Investors Have to Tell the Tax Man