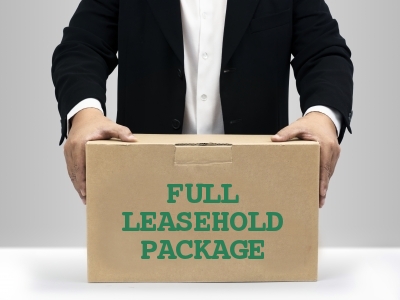 Leasehold system is very much alive despite the Government’s measures

In light of the Government’s crackdown of ‘unfair and abusive practices within the leasehold system’, online housing agents Sellhousefast.uk decided to investigate the sales of leasehold properties in England and Wales.

Sellhousefast.uk analysed data from the Land Registry and found that the leasehold system is very much alive in both England and Wales. Perhaps more alive than ever before.

The main findings of the research include:

Alex Highman (47), one of the flat owners in Gemini Park, Borehamwood Hertfordshire, who decided to buy-out their freehold explained his view of the issue:
“If you have a landlord who is cooperative and allows you to change the site and make it better, then buying the freehold is pointless. Of course, once you own the freehold you no longer need to pay ground rent and renewing your lease is far cheaper. It all comes down to a balance of whether it’s worth the cost to those buying.

Due to our purchase of the freehold we can now pursue with the cooperation of everyone on site, as we have chosen to retain the Residents Association, bettering the site and making it a safer happier place to live.”

Sellhousefast.uk looked at the share of leaseholds sold in the largest English cities in 2017 and found major differences. The leasehold system was found to be most widespread in London and Manchester where leaseholds accounted for 67.13% and 52.58% of all properties sold, respectively. Sheffield had the third largest share of leasehold properties – 46.75%, followed by Liverpool (37.23%) and Newcastle upon Tyne (34.07%).

With leaseholds accounting for just 4.97% of all properties sold, Stoke-on-Trent was found to be the freehold capital of England. With leaseholds making up only 5.25% of the total property market, Doncaster closely fell behind Stoke-on-Trent. Doncaster was followed by Hull (6.88%), Leicester (9.45%) and Derby (9.81%). 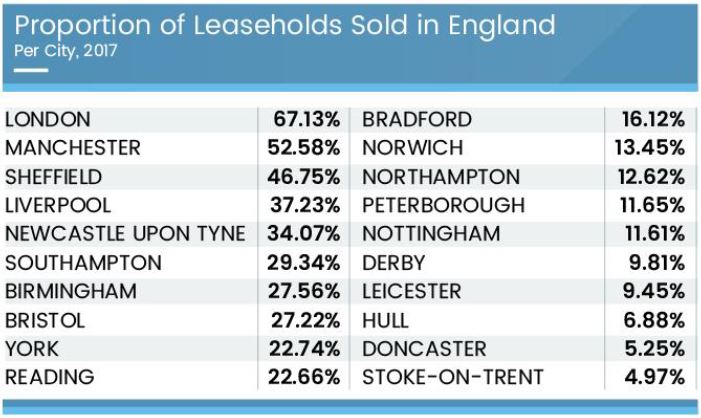 Robby Du Toit, MD from Sellhousefast.uk commented:
“We are yet to see how the Government will solve the issue of the existing leaseholders and how the latest measures will affect the property market. I’m afraid that existing leaseholders will probably have to lower the asking price considerably if they want to sell. I can’t imagine who will want to buy a property with preposterous ground rents, especially now that the Government promised to set the ground rents on new long leases – for both flats and houses – to zero.

Another thing that worries me is that a lot of leaseholds are held by investors who obviously want to make the most out of their investment. I’m concerned that they might try to exploit the loop holes in the new measures to continue to profit from the leasehold system.”

Could you unpack that last paragraph a bit please?

It is not immediately obvious to me just how investors are able to profit from this situation.