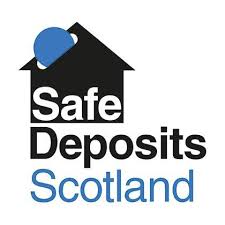 Landlord fined one third of the deposit for non-compliance

In the latest ruling under the Tenancy Deposit Schemes (Scotland) Regulations 2011, a landlord has been fined one third of the deposit amount for non-compliance.

In Jenson v Fappiano, the landlord failed to transfer a deposit of £1,000 to an approved tenancy deposit scheme or to provide the tenant with the Prescribed Information.

The landlord was a first time landlord who had moved in with his father to let out his own home and had “no specialist knowledge of property letting in a commercial market.” When he was made aware of his obligations under the Regulations, approximately six months after the start of the tenancy, the landlord transferred the deposit to an approved scheme. The repayment of the deposit was later disputed through the scheme and was awarded in full to the tenant following independent adjudication.

The Regulations specify that if the Sheriff is “satisfied that the landlord did not comply… the Sheriff must order the landlord to pay the tenant an amount not exceeding three times the amount of the tenancy deposit.” With the amount awarded entirely at the discretion of the Sheriff, the tenant argued that he should be awarded three times the deposit amount, while the landlord requested an award of £1 as “a token gesture.” The landlord argued he should not be penalised any further as he was not a commercial landlord and had complied with the Regulations as soon as he was made aware of his obligations.

While the Sheriff accepted that the landlord is not a professional landlord, he insisted that “ignorance of the Regulations is no excuse.” As the landlord had not complied, the Sheriff noted an award was necessary, but felt it important to award an amount which was a “fair, proportionate and just sanction in the circumstances of the case.” The Sheriff felt the case belonged “at the lower end of the sanctioning scale” and awarded £333.33, one third of the deposit, plus his expenses, to the tenant.

The case of Jenson v Fappiano shows that, while the Sheriff has discretion to take mitigating factors into account when deciding an appropriate award for non-compliance, ignorance of the Regulations or the status of “amateur landlord” does not make a landlord exempt from compliance or from the resulting sanctions imposed.

We urge all landlords still holding a deposit to get in touch for help to comply. SafeDeposits Scotland is free to use, and landlords and letting agents can register in minutes through our website.

It is crucial that landlords remember that they have a two-part duty under the Regulations:

If only the courts in the UK were as sensible, rather then just given the tenants 3 times the deposit, even when the landlord has only failed to get a detail correct on the paperwork.

How to protect my unencumbered properties?

When is a spade ever going to be called a spade? Misappropriate of public funds.