The current ban on repossessions in the residential rental market in England and Wales is due to end on Sunday 20th This follows a U-turn on the 21st August which saw the Government extend the ban by a further month in chaotic, last-minute circumstances.  At the time the Master of the Rolls described the nature and timing of the extension as “extremely unusual”.

By the 20th September, it will have been six months in which landlords have been unable to:

Given the above the courts need to open again to begin to hear the most urgent cases under the new rules which will provide protections for tenants affected by COVID-19 as outlined below. Ministers have said that this will happen when the current stay on repossession ends, but it is essential that they do not renege on this commitment as happened in August.

Protections for Tenants Affected by COVID-19

When the courts start hearing claims for repossession again, a landlord with a claim already in progress will have to provide a ‘re-activation notice’ informing the court (and the tenant) in writing. If they don’t, the case will remain dormant.

Where these, or a new claim, include non-payment of rent, the landlord has to set out what knowledge they have about the tenant’s circumstances including the effect of the coronavirus pandemic on them and their dependants.

If this information is not forthcoming or is deemed inadequate by the courts, the judges will have powers to adjourn the case. Such a delay would mean that the landlord may continue to receive no rent from the tenant and so this will hit them in the pocket. This will encourage landlords to engage with their tenants prior to court action including seeking ways to sustain tenancies using the NRLA’s rent arrears management guidance.

The courts will prioritise cases involving extreme arrears built before the lockdown, anti-social behaviour and domestic violence. Those that are not a priority case will take longer, offering further time for alternative accommodation to be sought and providing further incentive for landlords to seek agreement outside of the courts.

Alongside this, the Government has introduced rules which mean that in most cases landlords will be required to provide six months’ notice to a tenant where they want to repossess a property. This will include all Section 21 (no explanation) repossessions. The exemptions will be the following situations:

Problem Still to be Addressed

Those who rent their own homes out whilst working elsewhere, such as those in the military, will continue to need to give six months’ notice to access their homes, effectively locking them out of their own property. The NRLA is calling on the Government to address this anomaly.

“The Government needs to keep its word and ensure that urgent repossession cases can be heard again after the 20th September.

“We need the courts to deal with cases where tenants are committing anti-social behaviour or where there are long-standing rent arrears that have nothing to do with the pandemic. Over the last six months landlords have been powerless to take any action against those who cause misery for fellow tenants and neighbours. This has to end.”

Colin is a private sector tenant who has spoken to the NRLA about the anti-social behaviour he and his partner have faced at the hands of tenants living in the flat above him.  He has been required to shield due to a condition whereby his immune system attacks itself.

He has spoken of the tenants above him playing loud music, singing, swearing and banging the floor late at night.  When Colin has asked them to turn the music down they began to bang on and spit at his windows.

He spoke in June of being horrified at the prospect of the repossession ban being extended and the landlord being unable to take any action against his neighbours. All the police told Colin was to move out for a few days to see if the behaviour settled.

Phil Young retired from his job as an IT director last year due to ill health as he is recovering from cancer.

He became a landlord to help to boost his income when he retired and took over as the landlord of three flats in February this year. One tenant was inherited from the previous landlord of the property.

Despite the tenant continuing to receive Universal Credit during the pandemic and having not been affected financially by the coronavirus, Phil says between February and July, the tenant did not pay anything in rent, and has now built £3,500 in rent arrears.

Phil met with the tenant to discuss the arrears, and they came up with an agreed payment plan.  At that point, he had felt hopeful that the tenant would stick to the plan, having not heard anything from them to suggest they would not.

When the time came for the tenant to pay the agreed rent, they again did not pay and gave no reason why. Phil served notice on the tenant in May as communication had stopped, and despite his best efforts to come to an agreement this was ignored.

Phil did try to arrange for direct payments of Universal Credit to be made to him, but he says the tenant refused permission for this to happen, stating that they would be moving out of the property in July. This did not happen, and the tenant continued to live at the property not paying rent.

Phil has since been able to get one payment of Universal Credit for August’s rent, but is still owed thousands of pounds and says he doesn’t know if this will ever be paid back to him.

Applying for a buy-to-let mortgage holiday is not an option as the flat is in a commercial block. Phil says he relies on receiving the income for his own livelihood. He says he is “not wealthy, I am a first time landlord trying to make a meagre living” and that he feels that landlords have “all been tarnished with the same brush”. He worries it could be well into next year before he is able to gain possession of the property due to the repossessions ban.

Emma Burton, her husband and children are now trapped in France, living with Emma’s parents, as a result of being unable to reclaim possession of their home which they rented out whilst working abroad in 2019.

The tenant stopped paying the rent in December 2019. They have a four year old son who has a rare metabolic disorder and needs medication and a special diet. As non-residents they can’t get this from the French health system.

They cannot regain possession of their property until at least December before the courts see it as a priority case and in reality it is likely to be several months after that.

Reply to the comment left by wanda wang at 17/09/2020 - 21:53
That is a very good suggestion, as if a case was going too be advanced - concrete examples of hardship by Landlords and tenant abuse would be required.

I am happy to collate examples from posts on here, or if preferred - direct to me and I can anonymise if required.

I see the NRLA have just published the Golden Rules they have agreed with the government with a view to supporting tenants to remain in their homes. Landlords must show they have followed these rules if their possession cases are to be heard once the courts reopen. These include the landlord supporting tenants to access any financial assistance which might be available to them to enable them to pay their rent. I am puzzled as to how landlords can be expected to do this when the DWP's system explicitly excludes the landlord from any involvement in Universal Credit claims, providing no direct means of communication between interested parties.

Reply to the comment left by wanda wang at 17/09/2020 - 21:53
That's exactly what I was offering Wanda. It doesn't need to be Every case, as its only those with the greatest impact that will have the remotest chance of influencing the government. 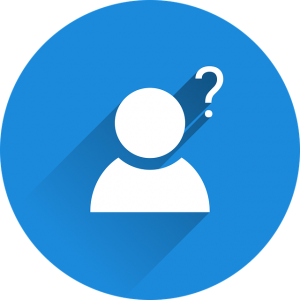 Only 49% of landlords say they have received full rent payments