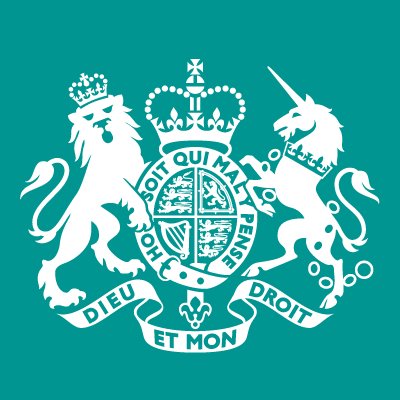 The Ministry of Housing, Communities and Local Government has released a short analysis illustrating the individual relationships between some important housing market pressures and house prices.

The report is not intended to be exhaustive and has limitations, but uses relationships estimated from the affordability model in the 2007 and 2008 reports by the National Housing and Planning Advice Unit (NHPAU). Click here to see the full report.

The analysis starts with the assumption that housing is a mature market and that Price is determined by the forces of Supply and Demand.

The 2008 NHPAU, ‘Affordability still matters’ report estimates the key drivers of house prices and their relationship with affordability sets out that holding all else equal:

Over the 1991 to 2016 period there was a real term income growth of 75%. Applying the above ratios this demand led pressure should have raised house prices by 150%.

Due to the wide range of interest rates pre-credit crisis from the period, 5-15%, and the subsequent levels below 0.5% there has been no estimated modelling of the effects interest rates have had on house prices whether inflationary or deflationary.

From 1991 to 2016 housing stock in England has estimated to have risen approximately 20% from 19.7 to 23.7 million. Using the 2 to 1 ratio this Supply increase is thought to have had only a 40% deflationary pressure on house prices.

Therefore, from the government estimates and assumptions, it is real terms income growth that is showing as the highest inflationary pressure on house prices from 1991-2016 with this only being marginally dampened by deflationary supply pressures.

Interestingly the estimates are saying that Population and Immigration growth have proportionately had less of an inflationary affect than you would at first think. However, this is a very simplistic and crude modelling of the Housing Market with many other factors also in play. It also assumes that the Housing Market is still very ‘mature’ with little influences other than pure supply and demand on price.

Very interesting figures.
I'm sure whoever did the report didn't explain it as simply as u did there.
I'd also say cause of the above and rates at a low, immigration not as much now, then as some some of us know already, house prices are at a peak

So, average house prices increase by 130% in real terms over the 25 year period. Of this, on their figures 32% was due to population growth, 75% to income growth, less 40% due to increase in housing supply, leaving a net contribution of 67% to identified factors. That leaves half the increase in prices unaccounted for!

Off the top of my head, there are three obvious missing factors: i) the impact of BTL investment, ii) the impact of increasing levels of inheritance and capital wealth, and iii) ever-more dual-earner families as women enter the labour market, minus some drop in male participation rates.

For i) new money is entering the housing market in the form of landlord's capital and their mortgages. Rents help drive affordability for landlords and rents are generally tied to wage levels, so there is a continued income association there, but landlords may be driving prices higher because they will accept a lower return on capital than before, as renting still offers better returns than, say, government bonds, where the yield has collapsed since 2008. And broadbrush, surely the huge growth in the PRS must have had *some* effect on prices.

For ii), the major real growth in house prices has been going on since the mid-1960s, when owner-occupiers were given tax-free capital gains. People who bought a family house in their 20s and 30s in 1965, for example, will be dying off now, and their inheritances will often be used to pay down mortgage debt or buy BTL investments, both affecting affordability and HPI. A recent milestone was that there are more owner-occupied properties owned outright than there are properties with mortgages. If you have no mortgage, income ceases to be a factor in home ownership, except to pay maintenance costs and utility and council tax bills, so surely income is becoming less of a factor in driving HPI?

iii) a husband may have seen 75% increase in his real income from 1991-2016, but if his wife starts working and adds her growing income, total family income and mortgage affordability will increase substantially greater than 75%.