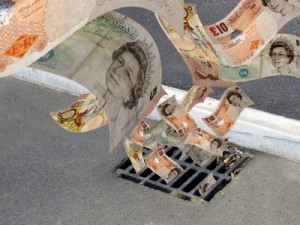 "A round up of rogue landlords in court and their fines"

Two landlords who put tenant lives at risk by flouting fire safety rules were ordered to pay fines and costs of almost £28,000.

The pair – Fiaz Mahmmud, 48, and Audrey Feegrado, 39, of Daffodil Close, Hatfield, Hertfordshire – denied seven charges relating to the management of a house in multiple occupation (HMO) at Watford Magistrates Court.

The court was told that their failings as managers could have led to lethal consequences for their student and young professional tenants.

They were also accused of poor standards of cleanliness by not keeping the shared areas of the house clean and tidy.

The pair pleaded denied all seven charges, but were found guilty on five counts.

The prosecution was the first HMO case brought by the council.

Council chief executive Michel Saminaden said: “It lays the foundation for a number of future projects that the council is working on to improve the quality of private sector housing within the borough.

“These severe fire safety breaches could have resulted in fatalities.”

Boxing coach Daniel Vaughan faces a longer jail term if he cannot repay cash he pocketed from a benefits scam.

Vaughan, 40, of Liverpool, was jailed for 10 months earlier this year for the fraud in which his former girlfriend, Natalie Dickman, claimed benefits while claiming he was her landlord without revealing they lived together.

Landlords Log part 4. Time out in the garden to reflect on the week.