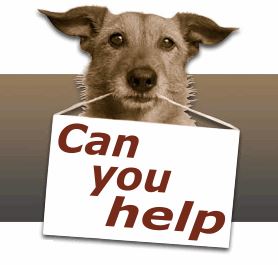 Any alternative to defaulting on the service charge and getting repossessed?

Ten years ago my husband and I bought a newly converted leasehold flat for my husband to live in for work purposes when working away.

Shortly after purchase the management agent sold the freehold and the service charges increased significantly.

A tribunal ruled that electricity charges be itemised separately (although individual meters were put in each of the 17 flats, none were connected, which only became obvious upon moving in.)

Many leaseholders defaulted on the service charge and were repossessed, meaning we are now the only original leaseholders. The flats are above commercial premises and therefore we cannot get Right to Manage.

The flats are no longer mortgable. We took out an interest-only mortgage which comes to an end 2017. The service charges and repair costs on flat have prevented us being able to pay off mortgage.

The building is now in a bad state of repair and the management agent has said the sinking fund is not enough to cover the repair bills due to the many defaulting lessees. The flats sold way below the value of what we paid for ours (140,000 in 2005) are now worth less than £90,000.

The flats are easy to rent out and we have always found tenants easily, fortunately.

I have acted as spokesperson for most of the other current leaseholders and we are in contact, having explored right to manage unsuccessfully.

This issue is a major concern and I have been proactive on the buildings many problems for ten years.

What is now causing extra concern is that the building is in a bad state of repair and the sinking fund is not enough to cover the costs. (A building survey has just been completed) and we are being asked to put up more money to cover the repairs which have arisen due to the defaulting flat leaseholders.

A horrible situation and I would much appreciate some thoughts/advice on whether we can refuse extra payment. The rent of the flat has barely broken even for ten years and covers service charge, internal repairs and mortgage. I am getting older and this situation is not sustainable. Is there any alternative to defaulting on the service charge and getting repossessed as most of the other leaseholders have done?

We cannot afford legal advice and did originally try to seek redress from the conveyancing solicitor who failed to give proper advice concerning the purchase, I believe.

Any thoughts/advice would be greatly appreciated.

What a mess. Getting repossessed needs to be the last option unless it is forced on you.

Have you contacted the Leasehold Advisory Service before? Please see >> http://www.lease-advice.org/

Thanks Neil. I am familiar with the Leasehold Advisory Service Site and have found it helpful to an extent. The difficulty is having to pay out further for specialist advice.
The original developer and the Managing Agent have pending court cases for various matters to do with the commercial premises, but not the residential side to date.
I fear the costs would be huge.

Very sorry to hear about the problems you’re having with your freeholder, it’s certainly a very difficult situation. I’d suggest that you investigate appointing a manager who will be able to take over management of the property from the freeholder. The First-tier Tribunal (FTT) (Property Chamber) has the power to appoint a manager and/or receiver to manage the property instead of the landlord or his agent.

You’d have to serve a preliminary notice on the landlord stating that this remedy is being sought. If the issues concerned are capable of remedy then you have to give the landlord reasonable time to remedy the situation. Then, if you are still not satisfied that the issues have been remedied, you can make an application to the FTT for a manager to be appointed. You can then nominate a new manager which could be yourself or a professional manager. The FTT will determine the issues and decide if it is just and convenient in all the circumstances to appoint a new manager.

I’m a partner in Leasehold Law, a company that provides expert legal advice on leasehold enfranchisement issues. LL is currently running a free pro bono clinic so I’d encourage you to get in touch for some free advice, just visit http://www.leasehold-law.com for details.

That's no problem at all, Leasehold Law operates across the UK so we can assist you with your properties in Kent and the South West.

All the best,
Louie

I thought for RTM with commercial involvement you could go ahead if the residential part was more than 75% of the area. With 17 flats it is hard to believe the commercial bit is over 25%.

The FH cannot increase your bill to cover others costs, if the other flats are in arrears they go down the forfeiture route, typically the mortgage company steps in and pays up. Then the work can be done.

But it sounds too late to fix any of this.

Thanks Chris.
Unfortunately the commercial side is more than 25%.
I think as the repossessions were a few years ago, and the building was not repaired for several years, we are now being penalized despite having always paid service charge. FH did not carry out repairs and so we have to fork out again.

Liverpool Licensing and the Surveillance Comissioner