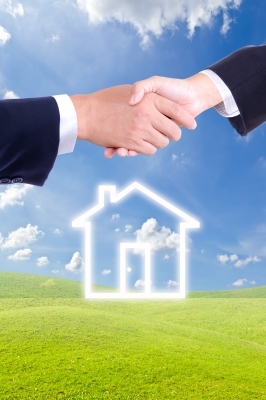 They traded as directors company Land Strategy, which went in to liquidation in July 2009 owing £78,900.

Kevin Hilton of Crosby, Merseyside, Lynne Hilton of Burscough, Lancashire and Darren Butt of London were disqualified from managing or being a company director for 12, three and a half and 12 years respectively.

An Insolvency Service investigation discovered they bought land in Studley, West Midlands, for £6,579 an acre but resold plots at a 3,000% mark up for around £3 million.

The company sold 429 plots for between £101,124 and £311,957 per acre, at an average of £200,883, claiming the site had investment potential and planning permission, but did not tell investors the land was limited to agricultural use.

Investors were also not told they would have to pay 25% extra for any uplift in value if planning permission was obtained.

Land Strategy designed contracts so it was impossible to discover this until investors were bound in to the deal, the Insolvency Service said

From May 2008 to July 2009, Land Strategy also failed to pay tax to HM Revenue and Customs

“The directors of this company set out to sell worthless farm land at a massive profit to them, preying on members of the public with a hard sell and misleading information,” said an Insolvency Service spokesman.

“The public need to be aware that a plot of land in a field may well not be an asset with investment potential and if promised returns appear to be too good to be true, they probably are.”

The FSA has said it is currently investigating dozens of landbanking scams.

Meanwhile, six landbanking companies have been ordered to stop trading by the High Court following investigations in to alleged fraud by the Insolvency Service.

The companies face closure when the court hears petitions from the Insolvency Service on June 29.

Report calls for reform of UC including direct payments to landlords