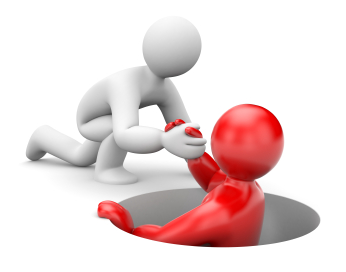 I am currently taking two separate tenants (or rather their guarantors) to Court, one over arrears and the other for damages to the property.

I am regularly in Court as it is the nature of renting in my area and I usually win. However, in both of these cases a local Councillor seems to be involved and I am unsure why.

I am unfamiliar with local politics, but I have absolutely no idea why a Councillor (who is just as much my Councillor as he is the tenants he is ‘representing’), is getting/being involved in a private civil case(s) at all.

In the first case, the defendant has been spouting hot air about “a Councillor” for some time in his correspondence and I brushed it off as him clutching at straws, hoping to involve someone he feels is official to fight his corner. He had included a couple of Councillors in our email exchanges and has also suggested we had refused to give them permission to access the property to inspect the damages – apart from that being the first I’d heard of such a request, the Councillors themselves have never contributed to the thread or contacted me directly.

More worryingly still, the guarantor also mentions that all correspondence is being forwarded to the Local Aothority legal team… this is a tax-payer funded Council department for Council use only and not for private use by MoP!

Without getting too ahead of myself, I once again brushed this off as nonsense, however it turns out this guarantor has been communicating with the tenant/guarantor of the second case on Facebook and has managed to rope in one of the Councillors again.

In the first case, I am pursuing a claim for damages and the tenant left months ago with the tenancy now long since ended. In the second, I am only pursuing rent arrears (as it stands) and at present the tenant is still resident at the property but is going through the leaving process.

At a recent pre-exit inspection of the property in case two, I was met by the tenant and half a dozen family members as well as the as-yet unseen/unheard Councillor. I asked in what capacity he was there and he confirmed he was there as both a Councillor and as an independent witness to the inspection. I’m not sure what use he could be toward the end of the tenancy as he has no clue as to the condition of the place on commencement. He passed comment on some badly fitted wallpaper (i.e. hanging off the ceiling) and when I asked the tenant what happened he said there was proof it was the original paper from when the tenant moved in because you could ‘see the paste marks on the ceiling plaster’. Essentially saying it was my wallpaper and was badly fitted in the first place so not the tenants fault. Very strange.

From what I can gather, he may be a friend of the guarantor in case one which is where he has gained his skewed view of me and my agency. Somehow he got involved with case two and when he heard it was me again (along with his dim and unsubstantiated view of me) has decided to ‘deal with this “rogue” landlord’… me. After all he’s now a Councillor, don’t you know!

I called him once I returned to my office to invite him for a chat and to see if I could correct his opinion of me and to better put him in the picture on these particular cases amongst how we operate in general, e.g. those who pay their rent and return the property in a similar condition to that they took it on don’t go to Court, it’s only where I have a case and is necessary…hence my excellent success rate. He said he hadn’t the time and anything I had to say I could do so over the phone. I fired off an email to him on, purely to document his presence and his capacity there as a Councillor. I mentioned that he was included somehow in case one and I wanted him to clarify his acting capacity there, as well as to my concerns over documents being handed to the Local Authority legal team.

He is a rookie politician and I think out of his depth. I have had no response in a week and I now want to stitch this idiot up as he is getting involved in a professional capacity in a private case. I also support the party he represents (as do many of the landlords locally) and so maybe call the HQ – perhaps they will have a quiet word?

What I’m asking of you is how you would go about this and any info on Councillors and how they should/shouldn’t behave. Not that it should matter, but this Councillor lives in a very rough area (where a number of my clientele hark from) and so much of this I imagine is he feels he is ‘helping one of his own’.

Why let this Councillor involvement concern you?

Why not just go about your business in the normal way and then if/when you win your case make your complaints at that point. Don't you think complaining now might make you look worse and that you have something to hide? Might a complaint at this stage also escalate the Council involvement even further?
.

I am just ploughing ahead as normal, but what I don't like is a Councillor being involved in a capacity I think is beyond his remit and has a one-sided opinion of my company yet refuses to take up an offer of a meeting.

I also don't like the idea of a tenant suggesting that the legal team at the Council are assisting him (I'm not worried about them have the slightest chance of beating me), but should not be operating on behalf of a private member of the public in a civil case. It has nothing to do with them...a tax payer funded dept. of the Council.

Curiosity and misuse of position is what I'm getting at.

I think you have a very fair point to make but I also think it will be better made when you win the case.

You local press may take more of an interest at that point too!
.

I'm still open to suggestions on pressuring the Councillor to admit he's gone above his duty in his official capacity or at very least force him to acknowledge and reply to my correspondence with him directly.

Hardly professional to ignore me. And to think he's a Councillor that is supposed to represent me too!

I understand your frustrations Luke but revenge is a dish best served cold.
.

I'm unsure what you are suggesting. So I wait. I win. Then what?

Then you write your letters of complaint and involve the press, basically name and shame him.

By all means tell him that's what you have planned for him in advance of the hearing.

I'm interested in other opinions on what members would do themselves.

He's a politician, they like to be seen to be doing something, more constituents are tenants than landlords, thus tenants have more votes than landlords, thus he will side with tenants. I would simply ignore him and proceed with your civil actions. You have nothing to gain by engaging in debate with him.

Luke you cannot stop another individual 'helping' another whether he be a Councillor or a Solicitor or a Student.

I don't think you should necessarily believe all you are being told - eg involvement of Council officers.

Concentrate on the facts.

At the next election don't vote for someone you don't like. In this country you actually vote for a person not a party. The fact that the person happens to be a member of a party on one day does not mean he will be in the same party the next day.

HCEO's What has been your experience?