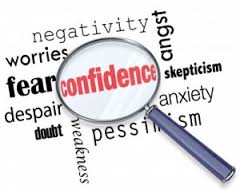 Confidence now worse in BTL than during the financial crisis

Landlords’ confidence in the buy to let (BTL) sector has collapsed to an all-time low and is now ‘worse than levels witnessed during the financial crash’, the CEO of the UK’s largest landlord association will tell leading mortgage professionals today (2nd February 2016).

Richard Lambert, Chief Executive Officer of the National Landlords Association (NLA), will tell delegates at the Building Societies Association’s (BSA) annual meet-up for mortgage professionals that confidence in landlords’ business expectations has tumbled by more than a third over the past year – down from 67 per cent to an all-time low of 43 per cent.

The current level of confidence in the BTL sector is now five per cent lower than levels witnessed after the financial crash in 2007.

Mr Lambert will outline how the actions taken by the Chancellor in last year’s Summer Budget and Autumn Statements has led the NLA to reverse its previous prediction of the continued growth of the private rented sector (PRS) by another million more households over the next five years.

It now forecasts that, if landlords follow through on their intentions, there will be a dramatic sell-off of 500,000 properties in the next 12 months, followed by another 100,000 sold each year to 2021. The net effect will be that the PRS be smaller by up to 136,000 properties.

He will present findings from the latest NLA Quarterly Landlord Panel survey, which will show:
• The proportion of landlords looking to sell in next 12 months has more than doubled since July 2015 (up from seven per cent to 19 per cent).
• Over the next few years:
o 28 per cent of landlords don’t plan purchase any more properties
o 10 per cent plan to reduce their portfolio
o Five per cent plan to sell up completely.

Mr Lambert said: “Two speeches from the Chancellor in 2015 have led to a crisis in confidence greater than when all but a few BTL products were immediately withdrawn from the market following the 2007 financial crash.

“Up to half a million properties could come onto the market as a result of the Summer Budget and Autumn Statement, which the Chancellor will no doubt deem a success.

“But there is no guarantee that these will be the one or two-bedroom flats or small houses that will appeal to first time buyers, especially as landlords are more likely to offload less desirable stock in less desirable areas.

“We’ve always said that Mr Osborne is blinded to the impact of his decisions by his commitment to homeownership. He may have intended to focus on the small-scale part-time investor, but it’s the larger and more professional landlords who will be hit worst by cuts to mortgage tax relief and increases to stamp duty, and who appear most likely to leave the sector.

“What happens to the people these landlords house if they still can’t buy and there are fewer and fewer properties available to rent?”

How do these figures work?

A small tweak would have achieved his stated aim, but this sledgehammer HAS caused the crisis in confidence RL describes.

So now that all the greedy landlords (sorry, snivelling parasites) are off loading their property, the poor, beleaguered members of generation rent can finally become home owners.... Better stand back from the stampede... 😛

The snivelling parasites are falling behind the council rent increases, the Independent writes yesterday, p6, data from DCLG shows.

Unless the much vaunted House Price Crash of 50% occurs soon, I think they really ought to be a little more commercial about these things.

Perhaps that should cheer LLs up, that there is light at the end of the tunnel.

No doubt House Price Crash and Generation Rent will have plenty of useful business advice for us miserable, incompetent, snivelling parasites...

Mandy I am so glad that you have adopted the correct description. I look forward to the advice from House Price Crash and Generation Rent, particularly how they are going to house the tenants made homeless by rent increases, snivel.

I hope you're following this, Mark and Neal, and taking note! The name of the site will have to be changed for one - perhaps something like, "Proletariat118" but no doubt our new business advisor comrades will have plenty of suggestions...

Perhaps they will suggest expanding on the property letting section, which will include inducement payments to good tenants to move into our properties, now jointly owned by a people's co-operative, that will be let for a nominal mesne (as in VERY mean) rent, as we former parasites can certainly afford it, after exploiting tenants for extortionate rents.

Bring on the glorious revolution!

So let's get this straight.

Is obviously true - it's in the Daliy Mail

At average of 2.5 people per property?, all being given rent increases and then s21 notices, and not a single new home provided as a result of this.

And all down to Gideon, (or is that Gidiot?)

Won't do your election chances a lot of good will it mate? So Corbyn or Farage?

Council tax liability if one bedroom is locked?

Getting released from Deeds