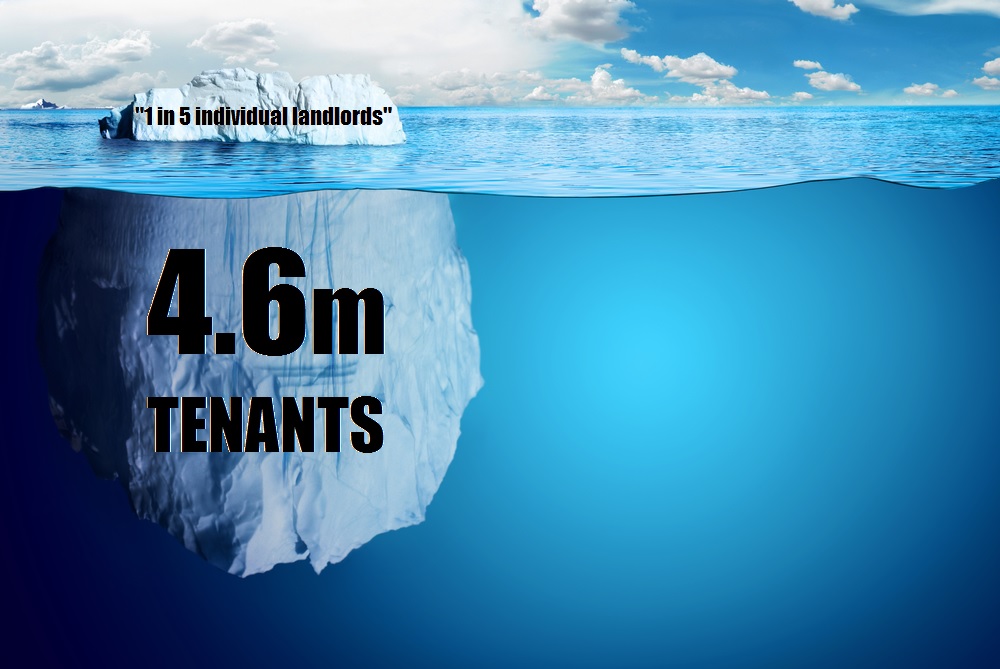 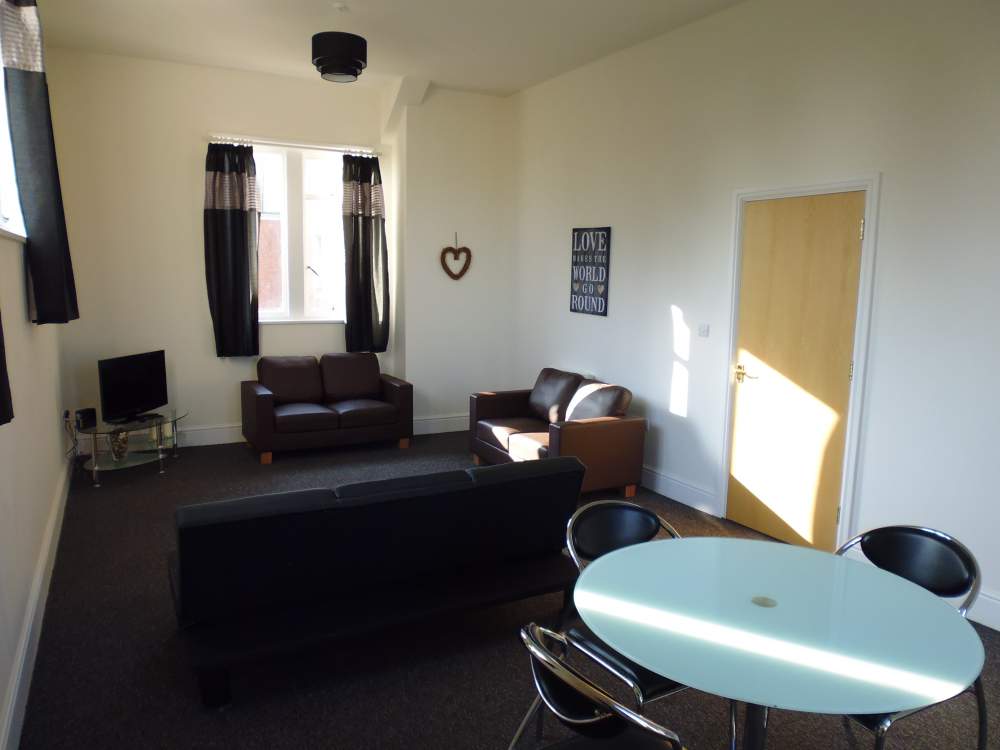 Research conducted by Property118 members has revealed how up to 4.6 million tenants could be affected by George Osborne’s tax attacks on buy-to-let landlords.

In spite of ever-mounting criticism of the Clause 24 tax-grab from various quarters of the United Kingdom’s private rental sector, constituency MPs persist in replying with the following two points, duplicated courtesy of the Treasury.

These arguments, designed to justify and excuse Clause 24 are that:

The first of the Treasury’s arguments is completely incorrect. Clause 24 will not affect the country’s richest landlords: these of course being corporate rental providers – some with property portfolios reaching into the thousands – and wealthy cash-buyers. The second argument seeks to down-play the effect by giving a misleading impression.

Now, I would like to correct that impression. My aim here is to estimate how many tenants are likely to be affected by Clause 24. HMRC’S impact statement did not give any indication of this, or even mention the word “tenant”.

This article is going to explain how the Treasury’s declared targets – those 1 in 5 of individual landlords “with the largest incomes” – have been calculated to be housing around 4.6 million of the Nation’s tenants. Such a statistic may sound remarkable, but its basis is rooted in the size of the largest, individual landlords’ portfolios.

Among his responses to irate landlords, disseminated to fellow MPs, the Treasury Minister David Gauke explains “The Government appreciates that this will cause some landlords to take difficult decisions regarding their rental properties, which is why the restriction will be phased in over 4 years from April 2017”. The difficult decisions, to which Mr Gauke refers, are of course whether the affected landlords should significantly raise their rents or evict their tenants and sell with vacant possession.

Unfortunately, Mr Gauke and a great many of his Government colleagues have failed to account for the multiplier effect of the aforementioned 1 in 5 of landlords, namely the significantly greater number of tenants on the receiving end of such rent rises and evictions. These landlords each own multiple rental properties.

The next stage is to discover how many properties the 1 in 5 own.

For such a data set we must turn to page 11 of the Department for Communities and Local Government’s Private Landlords Survey 2010. This is the latest government study that is available. Here it was reported that 81% of landlords owned just one rental property. Applying this percentage to the 2.1 million individual landlords as per the FOI request gives 1.7 million owning, by definition, the same number of properties, leaving the other 400,000 individual landlords (19%) with the remaining two million properties.

Though evictions and property sales triggered by Clause 24 would almost certainly be concentrated on directly-impacted mortgaged properties, rent rises designed to mitigate these extremes would likely be applied by buy-to-let landlords across their entire portfolio, irrespective of which property is mortgaged or mortgage-free. The simple logic of such a strategy would be to minimise the financial burden upon individual tenants. This would mean that even tenants living in mortgage-free homes would be paying higher rents as a result of Clause 24.

Having obtained a figure for the affected number of properties, the next step is to determine the number of tenants at risk. According to the ONS, the average rental property in England and Wales is occupied by 2.3 tenants. If we multiply the two million properties calculated above by the average number of tenants per rental property in England and Wales (2.3), the sum total of tenants at risk of rent increases or eviction due to Clause 24 is 4.6 million!

Those tenants unable to afford rent increases will be evicted, as will those whose landlords are forced to sell up. With poorer renters increasingly priced out of the private rental sector, the supply of rental properties available to those on benefits will fall, resulting in people having to move into temporary, unsuitable bed and breakfast accommodation at considerable expense to the public purse. The demand for social housing will increase at a time when there are already very large waiting lists for social housing.

In summary, around 400,000 individual landlords (1 in 5), housing 4.6 million tenants, are to be put under financial pressure to increase rents as a result of Clause 24.

Even if only 1 in 5 individual landlords are adversely affected by George Osborne’s buy-to-let tax grab, the number of people impacted throughout Britain will be significantly greater than this quoted grouping suggests. After accounting for the much greater number of their tenants, we can say with confidence that the negative consequences of Clause 24 – of rising rents, evictions, expanded council housing waiting lists, and contracting rental supply – will be massive, widespread and far in excess of official Treasury expectations.

Taxing landlords more is just the tip of the iceberg

That has SO got to be on a thousand billboards! S24 would be abolished a week later!!

As they say "A Picture speaks a thousand words!"

HMS 24 was designed in 2015 to sweep mortgaged individual landlords out of the way. The designers assumed there would be no impact on tenants, who were not even mentioned on the blueprint.

If HMS 24 is commissioned on time next April, many more tenants than landlords will be sunk. But they will just be collateral damage to a Conservative government.

This new tax means that I will be paying 40% tax on £60,000 that I do not receive, as it has to be paid to the bank for my mortgages. it is NOT profit. This means I now have to put my rents up for my 43 existing tenants for the first time in over 30 years or go out of business. This tax does not affect the rich, it affects those of us who have tried to do something for our selves for our retirement, but have needed to borrow heavily to do it.

Hi:
Clause 24 + removal of wear & tear will mean that by 2020 I will be paying thousands of ££ p/year more tax despite no increase in my income. It pushes me into a higher tax bracket and it could potentially send me under!!!! I certainly can't see the point of the constant struggle of being a landlord just to pay tax on income I haven't even had in my bank account.
I would be better off leaving half my flats empty and paying the 100% council tax (that now has to be paid).

About 18 months ago there was a lot of talk about the 'buy-to-let' bubble. The government were worried that a lot of landlords would be coming to the end of there mortgage terms and still have outstanding interest only mortgages to pay-off.
Therefore, they should be putting incentives in place for landlords to pay off their mortgages.
How on earth does the government expect landlords to start to reduce their mortgage liability if they are busy 'chasing their tails' trying to pay huge tax bills on non-existent income.!!
I have taken huge risks and have had many a sleepless night being a landlord. Although I have met some wonderful tenants I have also had the tenants from hell and been left owing thousands. Surely these risks we take are worth some sort of recognition. Most landlords provide good quality housing, but it can come at a huge price sometimes. I am afraid with all the extra cost now in running a property portfolio + Clause 24 that a lot of landlords will be walking away from it and the Housing Crisis is about to get much worse.
Just finally, I can't believe how many landlords I speak to who have never heard of Clause 24. The real drama will start next year when tax bills arrive!!!

If landlords with mortgages are forced to put up rents as they surely will (or go bust) then logically the corporate boys and cash buyers will also? which will make the 4.6 million currently at risk look miniscule.

Of course clause 24 is a terrific idea - as demonstrated over recent years in the Republic of Ireland http://fidler.co.uk/blogs/landlord/weekly-tenancies-and-section-21-notices/ though their version of clause 24 was not nearly as hard hitting as this country's version will be.

The Irish housing market is not dissimilar to that in England - they too have a shortage of housing, with a particularly large demand in Dublin and the surrounding areas where property prices are high. They have a social housing and welfare policy that is not unlike ours, with similar issues.

I followed your link.

It doesn't seem to have anything to do with S24.

My apologies - this is the link: https://www.property118.com/ireland-reversing-finance-cost-restrictions-landlords/91509/ 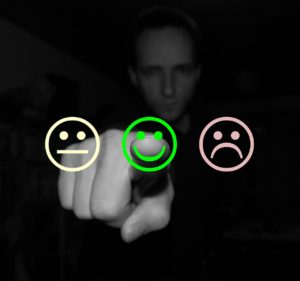 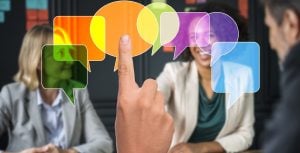 How long to sell first property to get a stamp duty refund? 3 years?

Divorce and Transfer Of Assets For Tax Planning Purposes