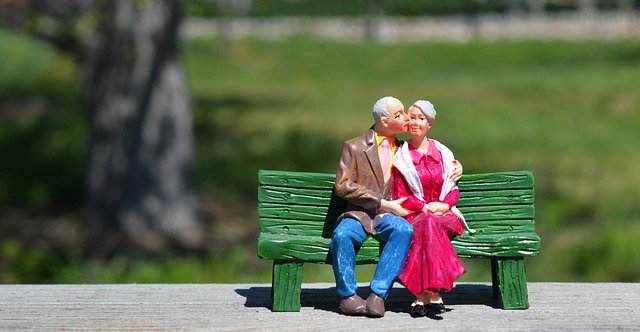 Homes headed by a person over the age of 45 will account for at least half of all privately renting households by 2035, analysis conducted on behalf of Paragon Bank has found.

A report by the Social Market Foundation (SMF), Where next for the private rented sector?, found that 35% of households currently private renting are headed by somebody aged 45 or over. This will rise to half of households by 2035 according to the SMF’s projections, equating to an additional 1.14 million households, bringing the total number of 45+ households to 2.7 million.

Conversely, the proportion of households in the sector where the head is aged 34 or under will fall from 39% today to 35%. Those in the 35-44 age group will experience the greatest decline, falling from 25% of households today to 15% in 2035.

The SMF modelled its projections on housing market trends experienced between 2009 and 2019. Overall, it forecasts that the proportion of total households privately renting will increase from 20% currently to 22% in 2035, with those in homeownership falling from 63% to 61%.

Richard Rowntree, Paragon Bank Managing Director of Mortgages, said: “The UK has an ageing population and projections show that the popular will generally be older in the coming years. This is reflected in the SMF’s modelling, which highlights that a growing proportion of older households will live in privately rented accommodation in the next 15 years.

“The challenge for the private rented sector is how to adapt to accommodate more mature tenants, including where and how they want to live. The SMF tenant research shows that more mature tenants want greater security in the form of longer tenancies and control over their property, such as the freedom to make cosmetic changes. They also want to have pets in their homes and these are all things landlords need to consider.”

Amy Norman, SMF Senior Researcher and one of the report authors, said: “The typical renter of the future will look different from today’s. How different will depend on a range of factors including rates of construction, interest rates, house price inflation and government housing policy. That said, one thing is clear: the private rented sector will be getting older.

“That reality means we need to revisit our preconceptions about renting being the preserve of young, mobile households. Mature tenants have different needs and preferences. They want accessible, ground-floor homes within a stone’s throw of shops, transport links, health services, and their loved ones. Policymakers, developers, and landlords, therefore, face a challenge ahead to future-proof the private rented sector and ensure that renting policies and homes are suitable for all tenants, including those who are renting for longer and into later life.”

In terms of what is important to more mature tenants with regards to the location of the property, there are clear differences in priorities compared with those in younger age brackets.

With regards to what renters want from a property, 41% of those aged 55+ said having an unfurnished property was in their top three priorities, compared to 16% of 35-54 year olds and 11% of 18-34 year olds. This age bracket also expressed a greater desire for pets, with 21% stating this was a top priority, compared to 14% of those aged 34 or under.

no 'challenge' required. The way it's going the 25 year old tenant now will be still in same property by 60.

Can't afford to move, can't afford to buy and no social housing available. Lots of private LL's will themselves have sold up/left to relatives (who may themselves sell) and there is no way the demand for new builds can be sustained.

Reply to the comment left by DSR at 29/03/2022 - 15:08
That's a real uninformed glass half-empty comment. It's a great time to buy a property; interest rates are still at an all-time low and have been for years. Only the older or incidental LLs will sell up. My sons are itching to finish their university courses and get into renting out property. The youth are coming

I had one this morning paying £536, all surrounding houses are £850. Been there 15 years. I said next repair will have to be £700pm as I can't paying 2022 repairs & regs & rules on old rents. They really not liking it. I keep saying cause looked after u too long, did say rent increase every year with inflation & I've not done it. They do know as their 20 year old son can't get 1 bed flat as they all £650pm.
Before all this Anti Landlord stuff, they could have moved up the road to cheaper house. They know (as most don't) about the impending EPC to a C etc.
I've asked 'em to buy mine & I'll pay their deposit, but some don't like the big step. Plus salary too low.
We can't afford to let 'em stay there on a 2015 rent when Govt & Councils are ever increasing demanding New Build Standards which need a 2022 rent.

On this article, I have 5 bungalows, always been good news, one 68 year old woman been in 20 years. Another about age 67 been in ground floor flat 19 years.

Reply to the comment left by JB at 30/03/2022 - 17:22
I've had about 9 or 10 pass away over 25 years. I don't always get the property back. Hijacked by the other family members. One son still there now 1 year later. Although to be fair after the initial headache, no problems now.
I've had others rip me off. Family member passes away & they say Ooh we only want the house for 2 or 3 months. Who's paying the rent then cause Housing Benefit stop the rent INSTANTLY. Day 1.
Ooh, have we got to pay rent then? Didn't Dad pay it?
No, not only did Dad not pay it, Dad paid month in arrears but still owes 5 or 6 weeks from 10 years ago.

Don't leave damp discussions until the end of the tenancy