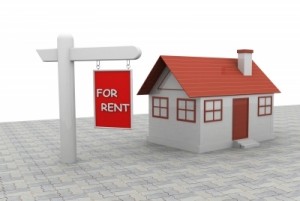 The buy to let market will ride on the crest of a wave for another two years as mortgage lenders revealed they do not expect to help first time buyers for possibly years.

That bad news leaves thousands of expectant homebuyers adrift in the property market with letting as the only real option for setting up home.

The message from the UK’s banks and building societies is a clear ‘closed for business’ to first time buyers.

The latest figures from the Council of Mortgage Lenders, the industry voice for mortgage lenders, shows mortgages to first time buyers bounced back from February to March by 28% to 14,600 new loans.

But the figure is still a miserable 17% down on lending figures for March 2010.

Meanwhile, the same lenders are looking to increase lending to property investors.

Analysis of first time buyer borrowing by the CML shows that first time buyers have had problems affording properties since 2005, and the decline was accelerated by the credit crunch.

“From some lenders, we have seen welcome innovation in recent months, along with commitments from some firms to grow their mortgage business this year,” said CML spokesman Bernard Clarke.

“The government is also trying to help, despite the fiscal pressures under which it operates. In his Budget this spring, the chancellor unveiled the FirstBuy scheme, seeking to help builders and first-time buyers. It remains to be seen how successful this will be. The government has limited resources, and FirstBuy is modestly targeted to help 10,000 buyers over two years.”

“Although there have been a number of initiatives to help first-time buyers, the relatively small scale on which they operate – combined with a severe shortage of funding, and a risk-averse market environment – means that we do not expect there to be a significant increase in first-time buyer activity in 2011 or 2012.”

“The reality for first-time buyers is that, although there is widespread sympathy for their plight, they are only one of a number of different types of consumer who are experiencing difficulties in challenging housing and mortgage market conditions,” added Clarke.

Financial consumer champion gets a complaint call every 10 seconds