Senior officers of the city council have been in discussions with the West Midlands Regional Representative  of the National Landlords Association (NLA)  since 2011 when HMO licences were about to come up for renewal but it was not until the NLA proposed a radical new approach to the fee structure that progress was made.

The proposal was based on offering discounts to those landlords who have taken the trouble to learn, through an education based accreditation scheme, and ensure that they were supported, by joining a recognised landlords association. On the other side of the coin those landlords who have broken the law by not applying in a timely fashion for an HMO licence would be penalised to cover the extra cost involved in tracing and chasing and sometime taking legal action against them.  By recovering their costs from the bad landlords the good landlords could be licensed at a much lower fee and the authority would still balance their books. Birmingham City Councils Officers were very supportive of this approach which was given the blessing of the Birmingham Landlord Forum Steering Group.

In the report, on the proposed new fee structure submitted to the Strategic Director, Local Services and the Deputy Leader of the Council, it was noted

“When the increase of fees and charges came into effect on 4th April 2012 for new licence applications, and from 1st June 2012 for the renewal of existing licences. Private landlords representatives expressed concern that compliant landlords were being penalised and the National Landlord Association submitted an alternative proposal to introduce a fairer format of fees and discounts for this area of work.

The fee structure for the HMO licensing scheme has been reviewed in the light of a proposal submitted by the National Landlord Association on behalf of their members operating in the city.

The headline cost of the fee has not been altered but the levels of discount to members of certain professional organisations and members of the Midland Landlord Accreditation scheme have been increased. This will encourage landlords to respond more rapidly and penalise those who fail to comply. Those providing incomplete applications will be penalised as will owners and managers of unlicensed properties.”

Jacqui Kennedy, Director of Regulation and Enforcement, recognised the need to encourage good landlords to work with the city and in her report she noted

“To continue with the structure of fees and discounts set in February 2012 will cause damage to the reputation of Birmingham City Council in its dealings with the body of reputable private landlords and have a negative impact on dialogue intended to encourage owners to provide decent secure homes for the vulnerable and in need.”

In further recognition of those good landlords, who had applied and paid for a licence or  renewal before the restructure was agreed, it was agreed to back date the new fee structure to 4th April 2012 and those landlords who are entitled to the discounts will now be given a very welcome refund.

The new fee structure is as follows

A first application for a licence £1150

A discount, applied to each application, if the proposed Licence Holder is a member of the Midland Landlord Accreditation Scheme (MLAS)  £300

Duration of the licence

Any other application  5 years

The result of this is that good landlords can reduce their fees to £700 for a new 5 year licence application and £400 for a 5 year renewal of an existing HMO licence where all licence conditions have been met and the application is made on time and in full.

Those landlords who have chosen not to become accredited through MLAS or to join a recognised landlords association will pay £1,150 for a new 5 year licence and £850 for a 5 year renewal.

Those landlords who do not apply in time and in full or are not meeting the HMO Management regulations will only receive a 1 year licence and will need to pay the full fee again before the end of that year when they apply for a 5 year licence renewal.

Landlords who are accredited with the National Landlords Association (NLA), following attendance of a one day foundation seminar, will be passported at no cost into the MLAS on application and will be entitled to the accredited landlord discount.

Speaking on behalf of NLA members in Birmingham Mary Latham, Regional Representative of NLA had this to say

“I am delighted that Birmingham City Council are offering tangible support to good landlords. Birmingham has one of the lowest LHA rates in the region and good landlords, who are providing the much needed HMO accommodation, will really appreciate this recognition of their efforts. NLA have an excellent relationship with this authority and we look forward to working with them to avoid homelessness in the city.” 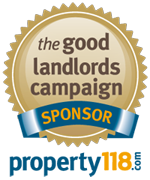 Why auctions are an excellent way to sell tenanted properties