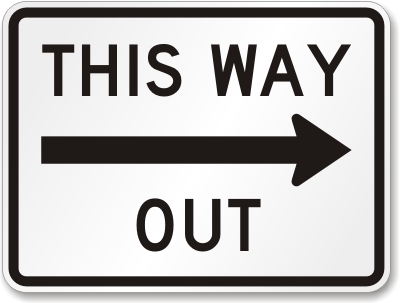 Abusive tenant will not budge

I’d appreciate any advice regarding the situation I’m in with a tenant of 3 years. She had informed me a few months ago she’d be leaving as she was struggling to afford it any more, which I agreed to despite the fact that her lease ran out in January 2105.

I still had to renew a gas safety check on the house as it had expired and the gas engineer who carried it out along with fitting a new bathroom suite as her son had broken the basin, had switched the gas off saying the cooker was at risk as it was too close to the kitchen units above it, along with 2 other points that he said needed updated on a brand new boiler which I had fitted a year ago & 2 others on cooker which had never been mentioned in last 3 gas safety certificates.

After this happened the tenant became extremely angry, shouting, swearing and being verbally abusive to me along with her mother to the point that I don’t not want to enter the house while she’s there now.

The next day I phoned gas health & safety & they told me the cooker was not to current standards as with all the other points but absolutely NOT at risk unless there were signs of scorching to units which there’s not. So I told the gas engineer this and to put gas back on. I still owe him £300 for bathroom fitting but due to the situation and abuse it provoked I have withheld payment.

I also text the tenant to say that after her abuse it would be best all round if she moved out as soon as possible and she replied saying that unless I wrote her a letter to the council so she could get a council house then she wouldn’t pay me another penny.

Despite being uncomfortable with her threatening me, I decided that this would be the quickest route for her to leave. I provided her and the council with all the necessary eviction forms and part of that included a document stating what the rent arrears were and a repayment plan to be maintained for at least 3 months which was £10 per week, of which she has paid nothing from the £415 she owes for 3 weeks.

Her leaving date is the 8th September and she has already told me that if she doesn’t have a house she won’t be going.

I have spoken to the Scottish Landlord Association who have basically said all I can do is take her to court if she doesn’t leave by then and also for the outstanding rent arrears. She has another £495 due to pay next week.

It all seems very unfair and that instead of being the person in charge of what happens here, I feel more like the victim which just isn’t right as I have been very accommodating with her persistent late rent payments & various breaches of contract she had.

Ultimately I want her to leave as soon as possible and avoid court proceedings which puts me in the vulnerable position of not wanting to antagonise her any further which could prolong her staying.

What is the best course of action here for me to honour myself and have her leave soon as and also am I within my rights not to pay the gas engineer/plumber the £300 for his part in all this and to cover the unpaid rent due to his incorrect diagnosis & unnecessary grief?

Any advice would be much appreciated.

Yes of course, it is provided by My Deposits. If you are uncertain about how to download it just call My Deposits, explain that you are a member and they will help you.
.

Institutional money is being invested into care home rooms