Why landlords need an inventory and how to do it 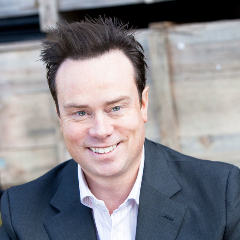 Landlord/tenant disputes at the end of a tenancy are becoming increasingly common as tenants are recognising that the pendulum has swung firmly in their favour. 92% of disputed cases are in fact being found in favour of the tenant.

So how does a landlord prepare a proper inventory?

An inventory serves as an official record of what is included in a rental property and what condition it is in at any particular point in time. It helps to assist both the landlord and tenant know exactly where they stand.

Normally, with some exceptions (such as fair wear and tear) the tenant is responsible for making good any loss or damage that has occurred between the time that tenancy started and when it ends.

The inventory and the subsequent checkout inspection therefore serves as evidence in settling any dispute should one occur. Without a proper inventory the landlord has virtually no chance of claiming any damages.

The best way of producing a clear and accurate inventory is to divide the property into a series of rooms. For example, most properties will have a kitchen, living room, bedrooms, etc.

Once you have established a list of rooms, it is then a case of subdividing them into a series of fixtures and fittings. Although, every room in the house is of course very different you’ll find that the component parts, such as doors, woodwork, light fittings and so on are very much the same. The same methodical procedure should be followed with each room so that all items within that room are covered and recorded accurately.

It takes considerable time and effort to conduct an inventory in a proper manner – often several hours. Landlords are of course being hit from all sides with charges borne out of Labour government’s legislation (PAT tests, HIPS, EPCsetc) and are understandably reluctant to pay for a professional inventory to be done. However any landlord who has been in a dispute with a tenant in the last two years and lost significant sums due to a poorly prepared inventory will realise the importance of having a professional inventory done especially in properties with quality furniture and decorations – it is definitely a case of once bitten and twice shy.

Further, by performing inventories themselves they may be putting themselves at risk as they are not seen as being impartial and they may not do the job properly, which renders the inventory useless in the event of a dispute. A professional inventory company can carry out inventories at a reasonable and cost effective price – do you, as a landlord, really want to spend 3 hours recording, typing and formatting an inventory? Or would you prefer to pay a professional a small fee to do it, giving you the added advantage of being able to sue them under their insurance if they don’t protect you as well as they should have?

It is our opinion that a comprehensive written inventory, supported by video evidence will provide you with the most comprehensive record of your property.

As I have said on many occasions video evidence is unarguably superior to any other form of evidence – just ask the police! It makes me laugh when some of our competitors try and convince people that digital photographs offer better proof. Given that a typical photographic inventory will comprise no more than 50 photographs and a typical video inventory will comprise what is in reality over 40,000 still images (high def video is 25 still photographs per second) it is a ridiculous thing to say. They are the same thing – its just that video provides thousands more images and thus better protection.”

Not only that, but barring any psychic ability it would be impossible to know when conducting an inventory at the start of a tenancy, what items may be damaged during the tenancy. It is not possible to take a still photograph of everything in a property and therefore you would be leaving the landlord exposed if you had not taken a photograph of the damaged item at the start.

We have also found that a major advantage of using video is that it prevents disputes arising in the first place as there is simply no ambiguity and tenant cannot argue with a video, and it also means the tenant can see everything in perspective and knows where items must be returned to prior to them leaving the property.

£2.7 million property portfolio sold for £3 by a council