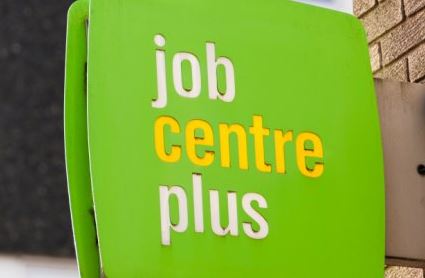 All Landlords need to read this, as we could all be close soon to having some Universal Credit (UC) tenants. Some of you will no doubt have been following my posts about DWP’s mishandling of my APA (Alternative Pay Arrangements) requests and substantial loss in rental income I’m experiencing.

I have 4 tenants so far on Universal Credit with a 100% failure rate. Some have been with me 16 years, no arrears and now with UC they in arrears.

I have a 5th tenant severely disabled this week going on UC. He can’t use the phone or add, his carer rang DWP & they’ve told him he had to go online to claim UC. Shocking I know and I know UC DWP will say support is there. IT IS NOT! It is not happening on the ground.

With some help from Bill Irvine, I’ve been pursuing compensation with DWP and Esther McVey Secretary of State.

Coincidentally, last evening Neil Couling responded to one of a number of Tweets made by @BillIrvine17. Neil asks Bill to supply details of actual cases to support his accusation that APAs were not being honoured in the tenant’s transition from Live to Full Service. He’s clearly trying to trivialise Bill’s claims suggesting neither the RLA nor any of “his team” were aware of any problem. You can read the thread here: https://twitter.com/NeilCouling/status/1060964537158041601

At the foot of the thread Bill includes a quote from one of DWP’s most senior officers “”Yes …..this is becoming a bigger problem for customers transferring from Live Service to Full. I need to check with UC programme, but I believe when customers migrate any standing arrangement with paying rent direct to the landlord “falls off”. #DWP!

So, contrary to Mr Couling’s suggestion, his senior staff do actually know about the issue, and agree with Bill’s claims of this becoming a big issue for both DWP and landlords.

You may recall some time ago Property118 published an open letter to Mr Couling https://www.property118.com/open-letter-dwp-neil-couling-regarding-universal-credit/98648/ Mr Couling responded by counseling Bill, that he should exercise some caution, suggesting his views were not representative of what was actually happening. More recently, the RLA’s Tom Simcock published research confirming landlords’ experiences in relation to UC. https://research.rla.org.uk/press-release/universal-credit-rent-arrears-rocket-says-new-research/ Tom’s view is backed by the many RLA & Property118 members who have lost a fortune due to tenants moving from HB to UC. The APA scheme which was supposed to protect the interests of tenants & landlords is still not operating as it should.

In August 2015 DWP agreed to suspend payment of the “housing costs” on receipt of an APA, but have since reneged on this promise.

DWP was forced to remove its disastrous policy of “Explicit Consent” in December 2017 due to the lobbying made by the RLA and others. I know from Speaking to Bill he has submitted numerous complaints to DWP and ICE involving landlords who had lost substantial sums in rental income due to DWP continuing to pay delinquent tenants, month after month, despite knowing they had received and misused “housing costs” designed to reduce or extinguish their rental liability.

Surprisingly, Bill received some support from DWP’s Complaints & Resolution staff who actually asked Joanna Wallace, Independent Case Examiner, to expedite the complaints as a form of “class action” believing she would support landlords claims of maladministration and demands for action and compensation. Ms Wallace subsequently refused this request stating her department dealt with complaints on a case by case basis and in date order. So, now we must wait 17/18 months before her staff investigate. Absolutely shocking and unacceptable to all of us!

THIS IS 18 EIGHTEEN MONTHS WITH NO ZERO RENT COMING IN TO PAY MORTGAGE! It don’t take Einstein to suss out you have to evict and then the tenant is homeless.

We need to collectively let DWP know of our concerns by making complaints through its Complaints Process and refer cases to ICE. We need to put in complaint to ICE about their 18 months delays-Guess who funds ICE? Yes, DWP do, so it’s in their interests for ICE to take 18 months to investigate them.

I have Nottingham’s big DWP UC man bringing UC into Nottingham coming to see me next week. So I hijacked one of my tenants meetings at job centre this week to get him some more evidence. The staff at Job centre didn’t want to talk to me to start with. Eventually they relented and put their hands up and said Sorry, we’ve only had one weeks training and we only get 20 mins with the claimant.

They know NOTHING about Housing whatsoever, yet UC are letting them be the ones responsible for this tenants home.

I had possibly wrongly put tenant 8 weeks in arrears on my/his rent proof letter. Job centre staff HAD TO PUT NO ARREARS down as it wasn’t the UC’s magic 2 months they require. I said so for the sake of 0.3 of a week, £50, you are now going to make this tenant homeless?

I said look at him, do you want to trust him with some £1,000’s that is supposed to be paying for a home? He’s itching to get that money to go to pub. Tenant agreed, I’ve told you I don’t want the money. Yet you are still trying to pay me.

I said to the staff: “when you saw this arrears was missing the magic 2 months by 0.3 of a week, did you not think of ringing me to play safe?” They were dumbfounded. What is the worst case that could happen if you pay Landlord direct? Oh yes, the Landlord gets paid and the tenant doesn’t become homeless. Der.

Local job centre (by this time, I have quite a few staff round including the main manager responsible for implementing UC in there) ARE NOT PUTTING EXPLICIT CONSENT on claimants form. They said we don’t know how to do it. So these flyers coming from UC on explicit consent are not filtering down to staff on the ground.

She says the tenant can do it online. He’s already told you he can’t use the internet – Where is his Welfare Safety net?

I said you ruddy scan it and put on system and then you input some details manually.

They said they gonna’ be asking their trainers how to do these things. They opened up and said we are really sorry. They had just received one of my complaints emails from UC about them not putting explicit consent on. I said every time you do wrong, I’m complaining and to ICE.

Get it right to start with, because dozens of my tenants are gonna’ be coming down soon and do you want half of Nottingham homeless?

Little old me who don’t work for UC should not be telling Job centres how to implement UC.

Neil Couling & Esther Mcvey have not got a clue what’s happening on the ground and that Alok Sharma doesn’t even know what the word homeless or hungry means!

Apologies for my absence, I don't think I get notifications unless I first comment.
Yes, I have lots of this 10% in my houses, not disabled, just cannot follow the simplest instructions. But they still need Shelter.
And I gather there is lots of this 10% within UC as they just have no common sense.

Ha ha I almost did get banned from the Job Centre, but I swallowed my pride & let her say her piece & kept quiet like a naughty little boy, till I was in there & then launched my sensible calm attack. 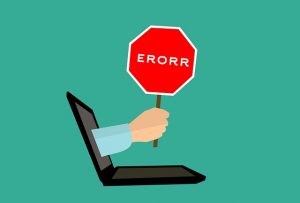 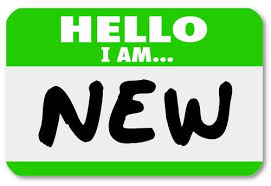 Letting agent not responding to my hand-delivered letter

Podcast with Jeremy Leaf- Buy or Not to Buy

Rent being held back by agent after slipping on to periodic...