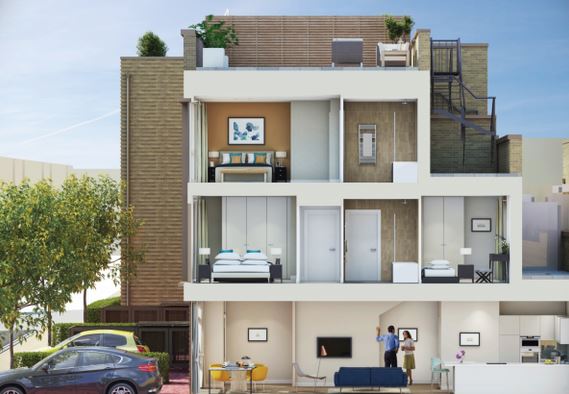 The FTSE 250 listed Berkeley Group is completing its first development of 22 Prefabricated or it calls ‘Modular’ Homes in Kidbrooke Village, Greenwich in London.

A patent is pending for the new Urban House design using offsite fabrication swapping the back garden for a roof terrace and providing front of house parking and bicycle storage.

The Properties are built as modules in a factory in the Midlands with each room being packed in a steel box frame, transported to the site and then connected together. The systems saves approximately 19 weeks compared to traditional on site bricks and mortar building methods and with closer quality control cuts down on building defects.

Chairman of the Berkeley Group, Tony Pidgley said “The Urban House has light, space and character. It offers you a home that is flexible, economical and beautifully designed. I think it will help us build the types of homes that people love at the kind of densities that could solve the housing crisis.

“It restores a great British tradition of building high density communities that genuinely work as places to live, where neighbours are friends and people look out for each other.” 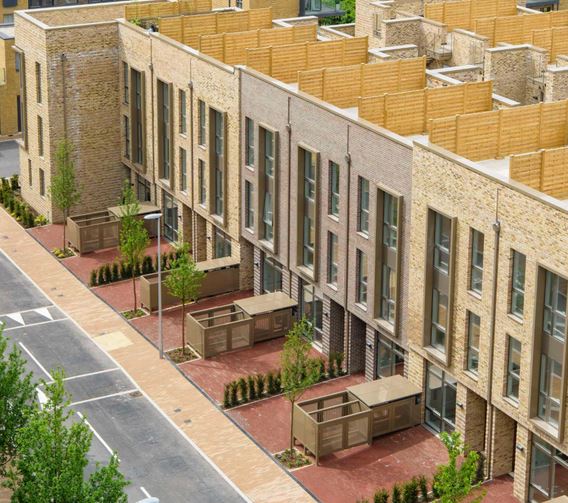 Berkley Executive Director, Karl Whiteman, told the Times “They look exactly like a traditional home. The customer will not be able to tell the difference. Our ambition is that the finished quality will be as good as traditionally built homes that have been built on site.

“This is a huge opportunity to improve the quality of new homes, I liken it to the evolution of car manufacture. At one time all cars were being hand built, but now cars are designed for the customer, then designed for manufacture and then assembled in a factory.”

Prefabricated homes are being increasingly considered as a part solution to the housing crises, with key benefits being speed of construction, decreased costs once factory tooling and set up is covered with greater output and a decreased reliance on skilled construction workers.

Berkeleys Mr Whiteman also told the Times “One of the key drivers for us has been the pressures on the industry in terms of the supply chain, particularly around labour. For the last couple of decades, the industry hasn’t been training as it should have done and it is now at the point where it has to modernise if we are going to deliver the number of homes that are needed. We have not been training, as a country, sufficient enough skilled labour, so we have got to find another capacity for the industry.”

As reported in a previous article China National Building Material Company plans to build six factories in the UK with a £2.5 billion joint venture that includes the housing association Your Housing Group.

BTL remortgage me out and my wife in?

How far back can I use a capital loss?