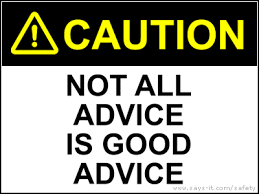 The cost of bad eviction advice by councils

The average cost to a landlord of their tenant being advised to ignore an eviction notice stands at nearly £7,000, according to a recent survey of landlords.

Private tenants are often advised by local councils and agencies to ignore eviction notices served by their landlords – and to wait until evicted by bailiffs – in order to qualify as homeless and thus eligible for rehousing.

The latest findings from the National Landlords Association (NLA) reveal that the mean total cost of a tenant being advised to remain in a property is £6763.

In addition, 47% of tenants who have been served a section 21 eviction notice by their landlord say they have been told to ignore it by their local council or an advice agency such as Shelter or the Citizen’s Advice Bureau (CAB).

The news comes as the National Landlords Association (NLA) is due to give evidence to the Communities and Local Government (CLG) Select Committee today (Wednesday 14 September) on the Homelessness Reduction Bill.

The Homelessness Reduction Bill, as introduced by Conservative MP Bob Blackman, amends the Housing Act 1996 to expand councils’ duties to prevent homelessness by:

The NLA has long campaigned against councils advising tenants to ignore eviction notices and in March, 2016, the then Housing Minister Brandon Lewis wrote to all local councils in England to clarify homelessness guidance.

Richard Lambert, Chief Executive Officer at the NLA, said: “We have consistently campaigned on this issue, but despite many warnings to councils and agencies, this damaging advice is still being given out to tenants.

“Possession cases can take a very long time to resolve, and aside from putting an unnecessary strain on everyone involved, not to mention the Courts, these findings demonstrate just how costly the advice can be.

“Bad, or incorrect, advice hinders rather than helps landlords and tenants who are often already in a desperate situation. It will inevitably damage landlords’ confidence in the local authority and tenants may be put at much greater risk of having nowhere to live.

“We hope that this Bill will achieve its aims of reducing homelessness by giving tenants the support they need while incentivising the good work that landlords already do in communities across the country.”

Just gong through this myself, tenant decided to keep his housing benefit rather than pay the landlord. The council refuse to discuss the situation with me, quoting data protection. They did tell me it is none of their business how the claimant spends his housing benefit.
He has not left after section 21, so now going through the court process. He has been told by the council to stay put, and when he is evicted they will house him. So private landlords are being used to get to the top of the waiting list for council houses! The council being short sighted, will now have to house this tenant for ever, as which private landlord will offer a rental property with ccj? I will still take him to court for arrears and costs, which will but him in debt for many years. I will never take anyone on benefits again. This makes no sense for all involved!

I have written about this on previous threads (at the time when Brandon Lewis wrote to all the councils to "remind" them that people served with a s21 (or s8) should be treated as homeless and should not be told to "stay put until the bailiffs come". However, some councils blatantly lie and simply deny giving such advice, and they get away with this because no tenants are going to challenge the councils in court when they are still reliant on them housing them (or at least paying Housing Benefit). Thus, councils get away with such unlawful and despicable advice time and time again. The sooner these proposals are made law, the better it will be for both tenants and landlords.

The Bill misses the opportunity to make it mandatory for councils to rehouse qualifying tenants no later than ordered by court.

A court possession order states that the tenant must leave by a given date and it should be obeyed.
It isn't acceptable that the law as it stands allows, or even encourages, councils and tenants to flaunts court decisions.

That is a great point. I've not read the Bill so I cannot really comment on the finer points, but it does seem like a step forward compared to the current situation. However, if it misses the opportunity to make councils actually re-house those that qualify, prior to the date the court has ordered them to leave by, then this would be a great shame. It would also be useful if the Councils were obliged to share the s184 decision (just the decision, NOT any details as to why they have arrived at that decision) with the landlord so that the landlord knows whether bailiffs will be required or not.

This reminds me of the letter I wrote to Siobhain McDonagh (published on this site) where she points out how she helps tenants stay put as long as they can (while the landlord is forced to give them free housing) then how she begs and pleads with landlords to house tenants (she thinks this makes her a caring person). Also another Labour MP, Theresa Pearce, was trying to make landlords keep abandoned properties available for much longer in case the non-paying, disappeared tenant decided they might like to come back. Labour is a joke on this. Many people and organisations think that landlords can be treated like sh*t. Well, there will come a time when 'no DSS' becomes the norm and even working people will have to go through hoops to prove that they are not going to cost landlords thousands further down the line.

Councils say that when a tenant has been served notice, they only have a duty to provide accommodation - (usually emergency - such as bed and breakfast - or hostal, until a property becomes available-) only once a tenant has been made homeless (by the Court Bailiff doing the eviction) - which only happens after a successful Court Order, and then date when the court Bailiffs can come! Apparently, moving out before all of that is regarded as "making themself intentionally homeless, and therefore not a priority to find them any kind of accomodation. The tenant has to then turn up to the council office with no-where to live!
I have had tenants offered to me by a council, who have had to be housed in a Post House hotel, or some other B& B - couple with 2 children - for a year. And this is not unusual, apparently1

Well shockingly I served a Section 8 Notice for a landlord recently as the tenant (who was in arrears) said the LA would accept a Section 8 and rehome her. After I picked myself off the floor I waited the 14 days. Lo and behold the tenant moved out on the 14th day. Shocked was I?

Councils only rehouse people in no fault eviction cases otherwise they are intentional?
The stay put advice nobody likes but is a symptom of the affordable housing shortage- take your pick who you want to blame for that?

Rent arrears are not necessarily intentional. I don't know how each council looks at s.8 evictions but, in my view, they should look at the circumstances of the case before deciding whether a person is 'intentionally homeless'.

Capital gains tax when selling from a portfolio mortgage?