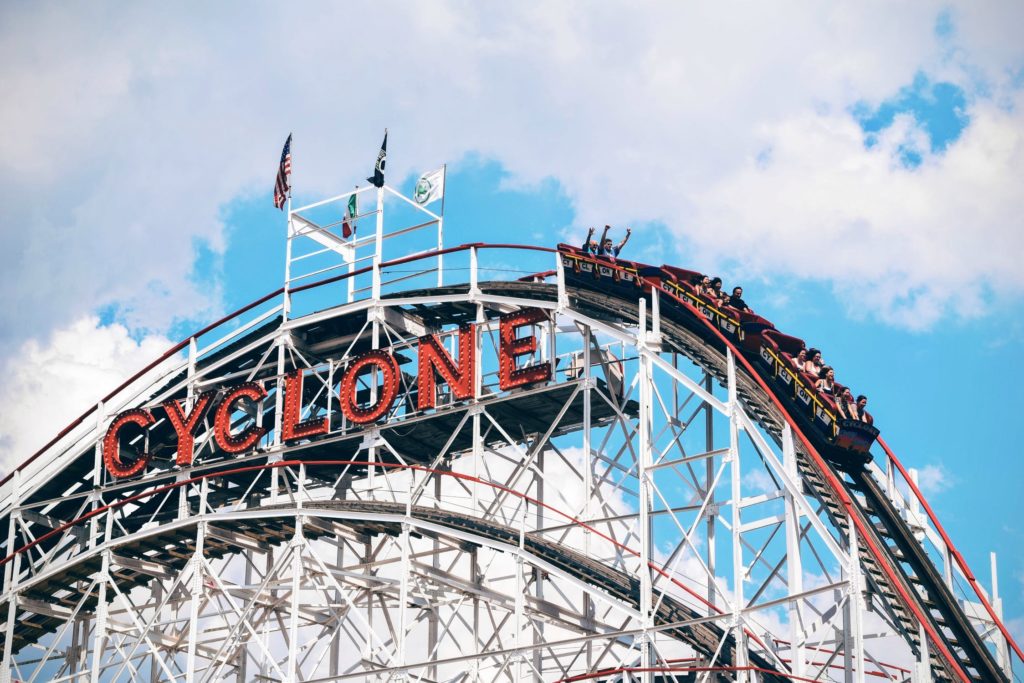 Tenants are in for a rough ride this year

David Cox, ARLA Propertymark Chief Executive, said: “Although December’s figures indicate that tenants finished the year in the driving seat, they’re in for a rocky ride this year. With the Tenant Fees Bill passing its final hurdle in Parliament last week, it is now waiting to receive Royal Assent before being passed into law and implemented on 1st June.

“This means it’s only a matter of time until we could see rent prices starting to creep up again. As we’ve said repeatedly, landlords have faced continued regulatory change and increasing costs over the last few years, and the tenant fees ban will only add to this burden meaning many will either have to start increasing rents for tenants or exit the market.”

The number of tenants experiencing rent increases fell for the fourth month running in December, with 18% of agents reporting that landlords increased rents.

This is the lowest figure recorded since December 2017, when the number of tenants experiencing rent rises was 16%.

Since August, when the number of tenants experiencing rent rises rose to the highest level ever recorded2 (40%), it has continued to fall. 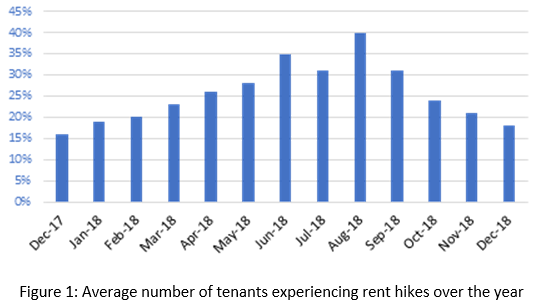 The supply of properties available to rent rose to 193 in December, up from 183 in November. Year-on-year, this is down four per cent, compared to 200 in December 2017.

1 Opinium Research carried out an online survey among 364 ARLA members from 2nd January to 16th January 2019. ARLA Propertymark Protected letting agents were surveyed on a number of key rental sector issues including supply and demand, the management of BTL properties, and monthly rent prices. www.opinium.co.uk

3 Based on new option ranges, so comparisons beyond April 2017 unavailable

My letting agent has already called for a meeting to discuss increasing my rents to tenants!. This is in order to cover a necessary increase in what they are going to need to charge me from June 2019 in order to maintain the level of service. The government policy of bashing landlords in recent times (who provide much needed housing from past selling off of social housing) is already filtering down to tenants!

Sadly IMHO BTL is finished. I am slowly selling up. I at best can now get 6pc return, will be less when all the changes filter through. With zero or near zero house price gains, the prospect is bleak.
I am getting near 10pc return on dividends in shares in good solid companies like Galliford, Taylor Whimpey, Persimmon etc. And in housing REITs like New River REIT. With potential capital gains long term and all this totally tax free, no need to tell anyone in an ISA.
Even outside this tax is simple and low with personal allowance. So the result is a no brainer. Struggle with tenant and government or take the easy, more profitable route. My decision is made.

The Tenant Fees Bill deals with a problem but throws the baby out with the bathwater and criminalises landlords yet again. However, this headline is belied by the story.

Pars 3 to 5 rents increases have slowed. Really? That's good for tenants, isn't it?

Para 6 about supply of rental stock is puzzling 200 properties up from 183 is hardly representative of a single town let alone the country. Alright, I won't draw any conclusions then.

Para 7 - demand from tenants is down. If demand is down, then presumably prices won't rise unless supply contracts.

It seems the stats on rents are all over the place. In December, Homelet's rental index was telling us:
"Average rents across the UK rose by 1.5% in December 2018 when compared to the same month a year previously; the average monthly rent is now £921.
Rents in London increased by 4.7% in December 2018 than in the same month of 2017; the average rent in the capital now stands at £1,596 a month."
In the end, it's all about the area and the type of property. Personally, I am experiencing no demand problems with all types of property in London and Cambridge City.
Having said that, the comments about diversifying into shares are well made - though best not to sell property until some sort of Brexit deal is agreed!

The best solution to resolve a Negative Equity issue