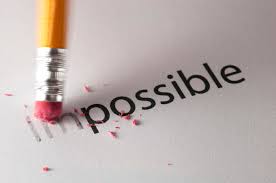 There is a special form of relief against CGT if you sell a property that is let out in which you lived prior to letting. This is supposed to be in addition to the principal private residence relief.

· you sell a dwelling house which is, or has been, your only or main residence, and

· part or all of it has at some time in your period of ownership been let as a residential accommodation.

The amount of private letting relief that can be claimed cannot be greater than £40,000, and it must be the lowest of the following three values:

· the amount of private residence relief that has already been claimed;

· the amount of any chargeable gain that is made due to the letting; that is, this is the amount that is attributed to the increase in the property value during the period it was let.

The use of this relief is best illustrated via the following case study.
Case Study

He lives in the house for two years and then decides to move to a bigger four-bedroom detached house. He rents out the three-bedroom house for the next five years.

5/7ths of the profit is exempt from CGT because he is able to claim partial residence relief (two years PPR and the 36-month rule).

This means that he is only liable to pay CGT on the remaining £20,000 of chargeable gain. However, Roger is also able to claim private letting relief, and the amount he can claim is the lower of the following three values:

· amount of any chargeable gain that is made due to the letting is £20,000 (assuming that property increased by £10,000 in each of the two years that the property was let).

This means that Roger is allowed to claim private letting relief of £20,000 as this is the lower of the three values.

Therefore the outstanding chargeable gain of £20,000 is cancelled out by this relief, which means that he has absolutely no CGT liability.

In other words, Roger has made a tax-free capital gain of £70,000 just by having lived in a property for two years!

We have an explanation of this under our tax tab as well.

I am a one property landlord who is going to have to sell soon thanks to the chancellors tax changes and I have a question on PRR
I brought my house for £63,000 in 1988 and lived in it until 2010 when I brought my wife out in a divorce settlement (the settlement value of the property was £215,000) and then have rented it ever since.
I think the house is now worth £250,000
I don't think I will get a CGT tax bill can you confirm?

We have an article explaining exactly how to calculate the tax, please see >>> http://www.property118.com/capital-gains-tax-relief-on-a-property-you-have-lived-in/

Does this work when close family member is in occupation? I bought a house in Bristol for occupation by my daughter whilst she was at University. She had paying housemates with her. It was then occupied by a second daughter whilst she worked at the local hospital for a year on a similar basis. I then rented it out for a further 5 years. I have now sold it at a profit of £100,00. Can I claim for the period my daughters were in occupation?

I'll start by stating that I don't know the answer to Mrs Kennedy's post but my feeling is that in order to qualify for Letting Relief there would have to be a formal arrangement evidenced by a Tenancy Agreement and evidence of rent being paid regularly to you as the owner otherwise this would surely be open to abuse.
Probably not the answer you wanted to hear.

Landlord Strategies - The Future of Buy-to-Let