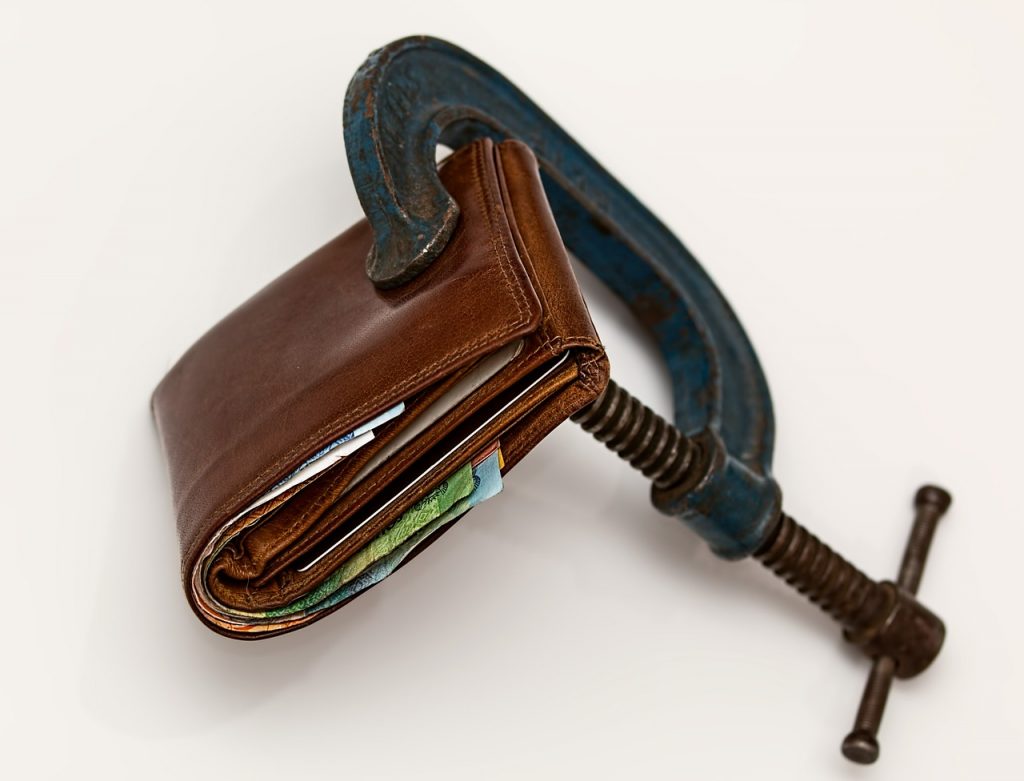 Research by Benham and Reeves, has found that rental affordability across London has actually improved during the pandemic where the percentage of income required to cover rental outgoings is concerned.

Benham and Reeves analysed the rent to income ratio prior to the pandemic and found that across London, 64.4% of the average net monthly earnings was required to cover the average rent. They then analysed how this has changed based on the latest rental data combined with the latest earnings data from the ONS, whose estimates included furloughed employees and were based on actual payments made to these employees from company payrolls and the hours on which this pay was calculated.

The research shows that across London, this ongoing financial support via the furlough scheme and a reduction in the cost of renting means that the average London tenant is now paying just 60.2% of their income to cover the cost of renting; a -4.2% reduction.

This trend has been seen across 23 of the capital’s boroughs and in some cases, has been far greater. In Camden, the average tenant was required to spend 74.5% of their income on the cost of renting prior to the pandemic. Today, this rental cost requirement has fallen by a huge -12.1% and sits at just 62.4%.

However, this hasn’t been the case across the whole of the London rental market. In Islington, the average tenant is now spending 65.7% of their net monthly income on the cost of renting, a 5.7% increase since the start of the pandemic.

Haringey has also seen a sharp uplift, with 5.1% more of the average net income now required to cover the average rent.

Tenants in Wandsworth, Sutton, Greenwich and Tower Hamlets are also now paying between one and two per cent more of their income on rent, while Richmond, Lambeth and Southwark have seen the rent to income ratio remain largely unchanged. 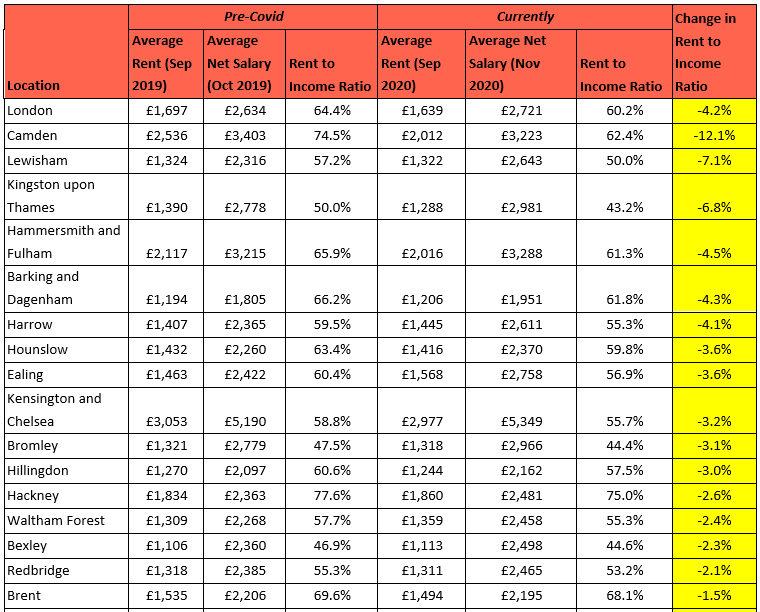 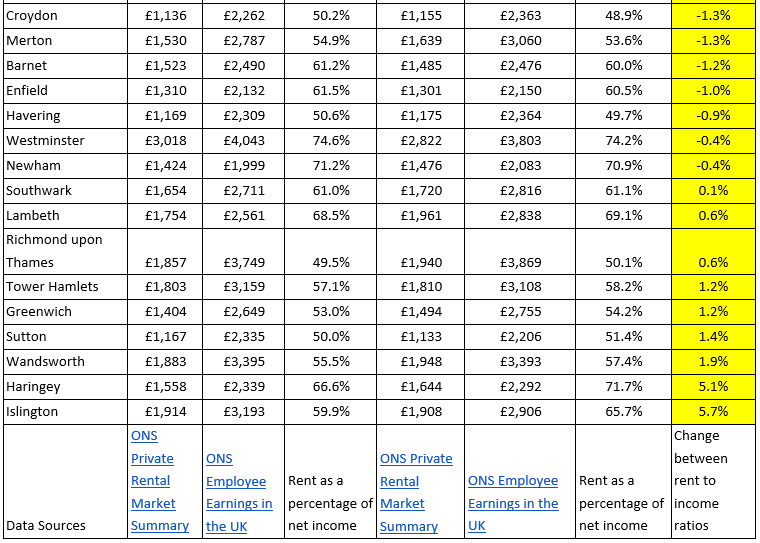 “The pandemic has caused a large degree of financial instability for tenants and landlords alike and so the last two years have been far from smooth sailing for those within the London rental sector.

“However, one silver lining to the ongoing uncertainty caused by Covid does seem to be an increase in rental affordability across much of the capital.

“This has come about due to two driving factors. The first being a drop in demand which has caused many landlords to slash rents in order to secure a tenant and recoup some form of rental income.

“The second has been the ongoing financial support of the furlough scheme which has made the difference between retaining employment and losing it for a great deal of people. As a result, they’ve been able to maintain some form of income, albeit at a lower level, and this has enabled them to cover the cost of renting.

“As it stands, the cost of renting is more manageable now than it was two years ago and so those returning to the capital should be able to secure a decent rate of rent for the duration of their initial tenancy.

“Of course, as we do return to normality, this growing demand is likely to bring rental prices back to their pre-pandemic highs and so any tenants with intentions of snagging a deal should act sooner rather than later.”

Sheriffs to the Aid of Commercial Landlords

Is the listed flat too small?