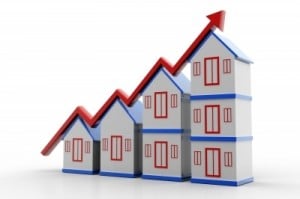 Data from the recent Halifax Housing Market Confidence tracker reveals that a third of Britons expect house prices to rise over the next year, making this a good time to buy.

Despite house prices falling by 1.2% on a quarterly basis in April, one in three of survey respondents predicted that average UK house prices will rise rather than fall over the next twelve months, but 23% expect a fall in prices.

On balance, more people in Britain predict house prices will rise than fall, showing a positive House Price Outlook Score of +9 percentage points.  However, the majority of Britons only expect a relatively small movement in house prices, with more than half (57%) expecting a change between +5% and -5%.  Almost a quarter (24%) believe there will be a more significant change in house prices with increases and decreases of 5% or more, whereas 26% think that house prices will remain the same.

Economic uncertainty may constrain housing demand in 2011 with just over a quarter (26%) expecting their personal financial circumstances to worsen over the next few months with a further 54% anticipating no improvement.  Allied to these concerns, 52% of respondents said worries about job security is one of the main barriers to buying a property.  Respondents also identified household finances (31%) and concerns about rising interest rates (22%) as major barriers.

With the tightening in lending criteria since 2007, many have not even attempted to enter the market, with over a quarter of all respondents (27%) thinking that availability of mortgages was also one of the main barriers to buying a property.  In line with this, 50% thought that the ability to raise a deposit was a major obstacle.

“More Britons expect house prices to rise rather than fall over the next year. This is likely to partly reflect the relatively low burden of servicing mortgage debt. However, confidence in the UK housing market is likely to remain subdued over the coming months, given consumers’ concerns over the outlook for the UK economy in general, and the jobs market in particular.”

The survey also showed that 63% of Britons think that private rents will rise over the next 12 months with just 4% predicting that rents will fall – a net percentage of +59 percentage points.