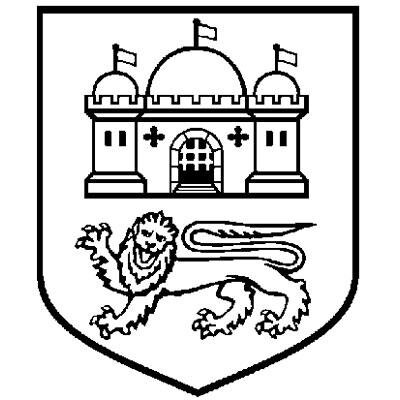 A recent article concerning Norwich Labour Council’s attack on Section 21 has been responded to by a letter ( below ) to the Norwich Evening News.

Readers are encouraged to email individually to ‘press’ for the matter to be covered. [ Richard.Porritt@archant.co.uk ]

Further, if any Norwich Landlords are aware of additional relevant information, please contribute.

As Business editor for the Norwich Evening News, I’d like to bring the following article and circumstances in Norwich to your attention.

I would like to point out inaccuracies made by Councillors in the article attached. In particular, the below paragraphs ;

Beth Jones, Labour councillor who tabled the motion, said: “Section 21 haunts those in the private sector with an assured shorthold tenancy.

“With often only a six month tenancy they can, through no fault of their own, be forced out of a house that became home, where they have put down roots, in only a matter of weeks.

“Section 21 is the rogue landlord’s trump card. Without any good reason, or even reason at all, a landlord can apply for Section 21, forcing the tenant out in a matter of weeks with no redress.”

The city council recently ordered all 25 tenants to leave a block of apartments for their own safety.

The flats, at St Faith’s Lane, were said to have had a number of problem- s. Tenants had also complained about deposits not being returned. They also said that local agents had marketed the properties.  ”

The above comments by the Labour councillor are a party political stance which favours those who abuse the private rented sector.

“In only a matter of weeks” is a Shelter and Tenant support group mantra that massively misinterprets the law. A tenant has to be given at Least 2 MONTHS notice before an application can be made to the court for possession. This takes Another 5 and a half Months.

As for  “without any good reason” the costs of installing a tenant fall solely to a Landlord who having to bear the Tenants share of the letting cost, has likely suffered a void period of paying Council Tax on an empty property before it becomes tenanted.

Any rational person then has to ask themselves WHY would a Landlord then jump to issue a Section 21 notice “without any good reason” ?

As for Rogue Landlords, there is more than ample legislation to deal with that Very, very small proportion which if Councillors or a political party are so concerned, should be questioning the level of such little enforcement.

For the remainder of responsible landlords, there have been so many legislative hoops to jump through for the use of Section 21, that the complexity and contradictory wording of such legislation provides a legal quagmire for landlords.

It should be remembered that the vast majority of tenancies (Landlord and tenant) are satisfactory, and the difficulties in evicting bad tenants are only making the delay for another lawful tenant to be able to occupy that property.

It seems the Labour party are Not for the many good Tenants, but support the non-paying few.  Don’t you just love it when someone’s slogan back-fires on them?

That doesn’t seem the end of the matter, it would appear that this Labour council are Hypocritical, could you believe? In that they seem to have evicted tenants from St. Faith’s lane on the pretence of works required (presumably with a Section 21 notice ?)  yet have re-advertised the flats with an Agent

Do you think its in the interests of honest reporting to the readers of your paper, that some further investigation and follow-up article redresses the errors.

Hi Daniel,
Power to you,
Do section 21s apply to councils? or even Housing Associations?

I have seen a Norwich Council contact,
It was some time back, I seem to recall the council only had to give just 2 weeks notice.

If this is correct it adds to the hypocritical action.

In my experience Norwich City council are a law upon themselves.

Reply to the comment left by Chris Baker at 28/09/2019 - 13:05
Chris,
They should be giving Assured, or at least AST's so can't see how they could state 2 weeks notice. Would need to see their tenancy 'contract' or whatever it is to comment further.
Councils do give Section 21's but the little known fact is that Housing Associations evict more than the PRS.

Philosophers consider envy to be evil and destructive