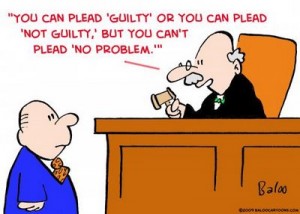 Two Leeds landlords were fined for failing to comply with house in multiple occupation (HMO) regulations.

Brian Davison, of Horsforth, was fined £5,000 and ordered to pay costs of £1,829, for failing to licence his property in Burley.

Davison admitted to failing to license his property at Leeds Magistrates Court but said it was an administrative error.

In a separate hearing at the court, Khalid Mohammed, of Bessacarr, Doncaster, was fined £5,000 and ordered to pay costs of £1,563 for breaching the terms of his HMO licence.

Mohammed pleaded guilty to seven breaches of safety regulations relating to a house rented to students in Woodhouse.

Councillor Peter Gruen, Leeds City Council executive member with responsibility for neighbourhoods and housing said: “This is a great result for us, and continues to send a strong message out to landlords in Leeds that they must comply with the relevant regulations if they are to let a house out.

“The team has been working very hard to make sure that houses across the city comply with all the relevant regulations, and this is another excellent result.”

Tenant threatened to shoot her landlord

A tenant with a gun threatened to kill her elderly landlord.

Sophie Granner, 21, of Merridale Road, Chapel Ash, Wolverhampton, pointed a replica gun that was really a cigarette lighter at Kewal Krishan, 76, and said; “I’m going to kill you.”

She denied possessing an imitation firearm with intent to cause unlawful violence at Wolverhampton Crown Court.

The court heard the two were in dispute over unpaid rent. Mr Krishan was visiting another of his tenants at a nearby flat when Granner made the threat. He told the jury he feared for his life and called the police.

Granner said in court that Mr Krishan asked to see the replica gun.

“He asked me if it was a real gun. I told him it was a cigarette lighter. He was laughing. He then asked me when I was going to leave the property,” she said.

Help for landlords with problem tenants