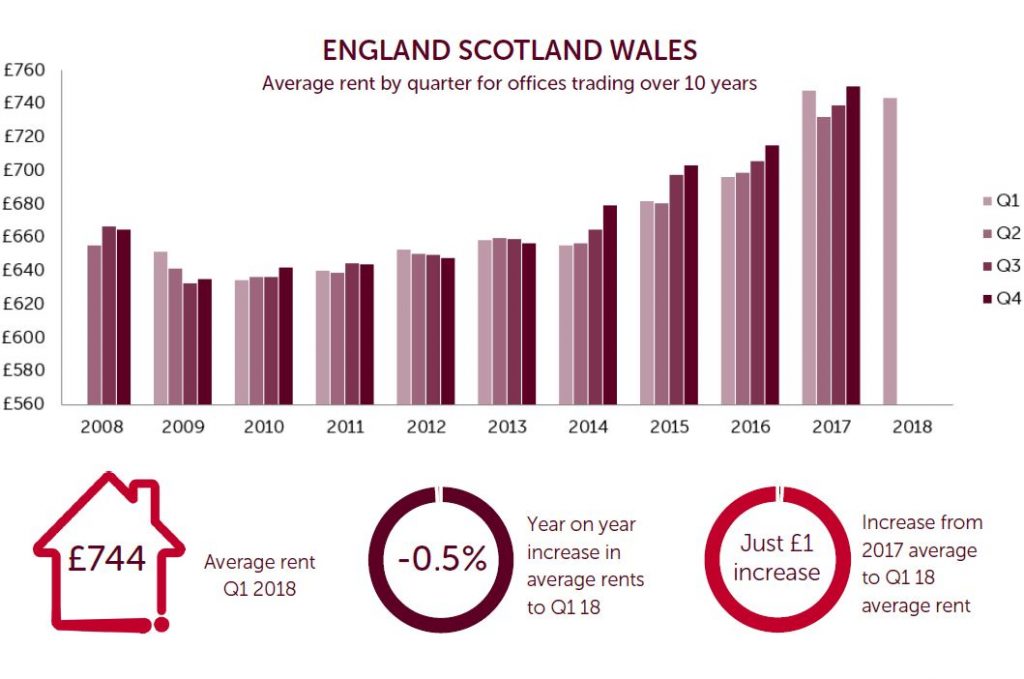 Together with the results of a franchisee survey on tenant and landlord trends, revealed the highest percentage of landlords selling up for over a year, with tax changes, constant regulation and legislation changes stated as the main reasons. The number of landlords experiencing voids fell in Q1, suggesting that properties are renting out more quickly, although demand for flats is reported as static to falling, with demand for houses increasing from Q4 2017.

“The trends that Belvoir is reporting are very much in line with our predictions at the beginning of this year,” says Belvoir CEO Dorian Gonsalves. “As 2018 progresses, there is no doubt that landlords and tenants will find themselves shouldered with an extra burden of cost due to continued government interference in the rental market, which includes the implementation of punitive tax changes. As more landlords see their profits eroded, and more legislation is in the pipeline, more landlords are likely to exit the market. We are still seeing new investment in the BTL market, but the number of properties being bought has decreased.”

Belvoir’s survey revealed a slight increase in rental inflation compared to the previous quarter, particularly on four and five bed detached houses, but overall the rental picture was stable, with the majority of offices reporting that rents remain static and any increases were minimal. For Belvoir offices in England, Wales and Scotland that have been consistently trading for the last ten years, the data showed an average monthly rent of £744 for Q1 2018, indicating a minor year on year fall of around -0.5% versus Q1 2017.

Belvoir is predicting static to rising rents in flats for the rest of the year, with further rental increases anticipated for houses; particularly larger family homes for the executive market, which remain in short supply. Room rents are also expected to remain static.

“Tenants are continuing to stay in their properties for longer,” reports Dorian. “A third of tenants naturally prefer a tenancy of around 13-18 months, but 40% are staying for 19-24 months, which is the highest percentage we’ve seen in the last two years.

“Tenant arrears have fallen back again this quarter and any arrears that were encountered are due to sickness, benefit problems or job losses. The majority of Belvoir offices (63%) carried out no evictions in Q1, increasing from 56% in Q4 of 2017. Unpaid rent and rent arrears were the main reason for tenant evictions.

“Tenants who rent their properties through a reputable agent such as Belvoir, which has a vigorous and effective referencing system, can feel much more secure in their homes, safe in the knowledge that eviction rates are extremely low, and most tenants are able to stay in a property for as long as they wish to do so.”

Buy to let - say nothing, do nothing, be nothing