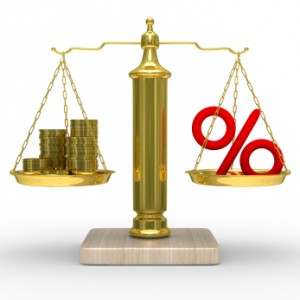 It’s been a while since I wrote anything in my ‘Don’t shoot the messenger’ series. Mainly because I kept getting shot ha-ha.

But I have a tough skin.

This article is an open letter to all you P118 landlords but probably more the London crew, because it is about rent increases and London is a different animal to the rest of the UK. I see properties for rent in different parts of Britain where the rents seem reasonable.

London is off the scale though.

What prompted me to write this was an article based on a survey by the famed LSL Property Service covered on the ARLA website that said that 24% of landlords plan to raise their rents in 2013 by 3% more than the rate of inflation. Also a tweet from Juicy Properties that urged me not to blame landlords for the lack of supply of housing. I get that argument but I come from a different angle.

Now I admit that 24% is not the remaining 76% but in term of numbers we are still talking in 6 figures, which means that hundreds of thousands of tenants are going to be affected by rent levels that will cripple them financially.

I know. I meet these people every day. Downsizing and cramming their families into 2 rooms so they can still afford the rent and stay near families and friends.

I have been a landlord, a letting agent and a tenant, and as you know, for many years I have been an enforcement officer for landlord and tenant law, so I have a broader perspective than most, so I have a keen, informed eye for the rental world.

As every landlord will know, it isn’t worth chasing a tenant who owes arrears of rent. Even if you win the case, the chances of getting the money back are slim to non-existent. Courts will make a money order but they don’t collect it for you. If you get possession on rent arrears then the tenant, by definition has gone. You have to employ tracing agencies to get your money back and even if you win what do you get? £3.95 a week? Pleeeeaaaase!!!! Best walk away. Why throw good money after bad?

Serious rent arrears cases are up, so are repossessions and homelessness cases. They are all intertwined for a reason.

So why raise rent levels to a point where tenants can’t afford it? It doesn’t make sound business sense.

Government decided some time ago that as a nation we needed to shave several billion off of the housing benefit budget. Since they introduced this idea the amount of people claiming housing benefit has risen, not through the much vaunted dole scroungers, but that new class of ‘The working poor’, old fashioned working class people, not chavs, who will no doubt form the backbone of many landlords themselves, who are struggling with a freeze on wage increases, while rent rises are subject to no such controls.

Don’t get me wrong. I have no moral problem with landlords making a profit from their endeavours. The vast majority of landlords provide a good service and are very considerate of the needs of their tenants, who, after all, are the source of their income.

My open question here is ‘Does it make sound business sense to raise rents so far that their customers can’t afford them?’

Pricing is an important issue. I work as a housing law trainer and pricing courses and services is always a major headache for me. When a client asks how much the course will be,  I curse myself if they answer with a ‘Yes’ too quickly, it sends me a message that I am under-priced, but my pricing levels are based on what the market will stand. There is a formula to it.

It seems to me, being completely blunt, that in the current climate, landlords set rent levels just because they can, with no reference to the durability of the market as a whole. Which seems to be to be a dangerous position to take in the long term.

Yes landlords have an eye towards growth and the extra income can help develop properties and services that will ultimately benefit their client group, tenants but what if those strategies for growth end up killing the goose that lays the golden egg?

All websites and e-zines that promote the interests of landlords talk of a ‘Buoyant market’, a time when rental income has never been better, but it is important to bear in mind that this buoyancy comes at a price….the happiness and prosperity of the tenants, human beings beyond loan to value ratios..

It’s like a see-saw, where the landlord can only feel that their needs are being met when the tenant is at an all-time low.

I think the same position threatens landlords too.

People are heartily fed up with the ConDem’s austerity/cuts programme because it doesn’t seem to be getting us anywhere. Come 2015 I reckon Labour will be back in with a serious shout (Admittedly not, perhaps with Miliband) and they have already announced plans for a landlord register and increased security for tenants.

With people priced out of the home-ownership market a huge number of the electorate are turning out to be tenants and, like all voters, they will put their cross in the box where their self-interest lies.

I think London’s landlords are simply making hay while the sun shines. Driving into a future on a buoyant rental market that will leave them high and dry in the near future, resulting not only in repossessions against tenants who can no longer afford the rents but a dried up landlord market who can’t afford the mortgages because their rent levels have priced their customers out of the market. And as I say….who will stand up for them then?

As a business model the market is in a precarious position and on a purely personal and moral stance, I have to say if I was a landlord, hiking up rents way beyond the rate of inflation in a culture where people are going down the pan by the day and homelessness applications are going through the roof I couldn’t be happy knowing that my standard of living was at the expense of someone else’s happiness.

Yeah I freely admit I have to work hard to maintain a
balance in things. In the area where I work I do see the worst of the worst. I
would say that most of the parties I deal with deserve each other.

I tend not to see Mary and Steve, working tenants, who have
great relationships with their landlord.

What I see is dodgy bastards who found a place quickly
through a card in a newsagent’s window, placed there by an equally dodgy
bastard landlord haha.

One of the reasons I find it hard to prosecute for
harassment and illegal eviction, even when it is quite clearly happening, is
the fact that my client/tenant is not exactly someone you would take home to
mum.

Last week I trained some housing officers in Dorset. One
told me that the worst case of harassment they ever had was a landlord who cut
off someone’s electricity. I wouldn’t even put my coat on for that!!!!!!!

Nothing leftie about making sure your business is sustainable - is it worth losing a couple of weeks or a months rent to get an extra £50 or £70 per month - or leaving your tenants so hard up they have to do things like hang the washing up and keep the heating off.

Hmm what a heated debate! I think this is really sound argument from Ben and he does say that this is really directed at rogue landlords. Most landlords will increase rents at of a general need rather than greed.

Here's just another thought in favour of keeping rents at a more affordable rate: if you increase the rents it means that the majority of the weekly wage will go to paying the rent and other household necessities. Tenants then won't be able to share the wealth with local businesses and high streets. If local businesses shut down and are stay bordered up the value of the community and therefore the property will go down in value too.

Thank you for sharing this wonderful insight! On my point of view, every business should have follow a good business model by formulating different strategies that will really help their to grow and to be successful. 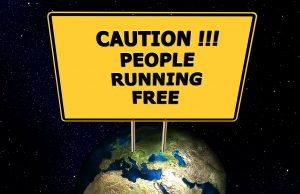 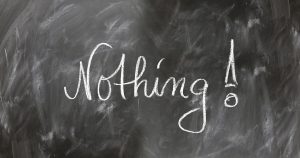 DWP have no record of the claim!

Tenancy Deposit Question from a Tenant

Ten percent yield for 1 in 10 buy to let properties

Anyone else had free central heating and insulation from...

Does it have to be a metal fuse box now?