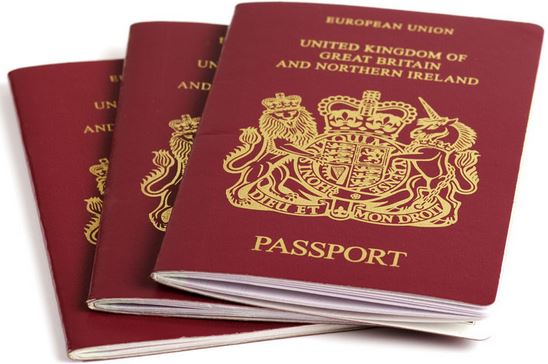 The High Court in a ruling this morning have said it will be illegal to roll the “Right to Rent” scheme in Scotland, Wales and Northern Ireland without further evaluation!

This is the much criticised regulation requiring landlords to be HM Border Force officials and document proof that a tenant has the right to stay in the UK for the term of the tenancy and then further checks if required at a later stage.

The Judge considered discrimination against non-UK nationals and British ethnic minorities was forced on landlords, because of Right to Rent and that it breached the European Convention on Human Rights.

This successful challenge was brought by the RLA and Joint Council for the Welfare of Immigrants.

However, this does not mean at the moment that landlords in England can stop taking Right to Rent checks.

David Smith, policy director for the RLA, said: “We call on the Government to accept the court’s decision, scrap Right to Rent, and consider what else can be done to sensibly manage migration without having to rely on untrained landlords to do the job of the Home Office.”

Recent research by the RLA found that the fear of getting things wrong led to 44% of private landlords being less likely to rent to those without a British passport.

Significantly, during the course of the case government research emerged, which confirmed a significant proportion of landlords were unwilling to rent to people without British passports.

Delivering his verdict in the High Court today, Mr Justice Martin Spencer ruled the scheme breached the European Convention on Human Rights on the basis that it led to discrimination against non-UK nationals with the right to rent and British ethnic minorities.

In a damming verdict, Mr Justice Spencer, referring extensively to argument and evidence provided by the RLA, concluded that discrimination by landlords was taking place “because of the Scheme.”

He went on to conclude that “the government’s own evaluation failed to consider discrimination on grounds of nationality at all, only on grounds of ethnicity.”

The Judge continued by finding that the Right to Rent “does not merely provide the occasion or opportunity for private landlords to discriminate but causes them to do so where otherwise they would not”, describing such discrimination by landlords a being “logical and wholly predicable” when faced with potential sanctions and penalties for getting things wrong.

He concluded: “The safeguards used by the government to avoid discrimination, namely online guidance, telephone advice and codes of conduct and practice, have proved ineffective.

“In my judgment, in those circumstances, the government cannot wash its hands of responsibility for the discrimination which is taking place by asserting that such discrimination is carried out by landlords acting contrary to the intention of the Scheme.”

The ruling comes following a report published last year by David Bolt, Independent Chief Inspector of Borders and Immigration, which concluded that the Right to Rent has “yet to demonstrate its worth as a tool to encourage immigration compliance” and that the Home Office was “failing to coordinate, maximise or even measure effectively its use, while at the same time doing little to address the concerns of stakeholders.”

Academics at Oxford University suggest that the foreign-born population is almost three times as likely to be in the private rental sector compared to the UK-born population.

The RLA and the JCWI have written to the Home Secretary seeking an urgent meeting. Both organisations believe the government should scrap the scheme and go back to the drawing board.

“We have warned all along that turning landlords into untrained and unwilling border police would lead to the exact form of discrimination the court has found.

“We call on the government to accept the decision, scrap the Right to Rent, and consider what else can be done to sensibly manage migration, without having to rely on untrained landlords to do the job of the Home Office.”

Chai Patel, Legal Policy Director for the Joint Council for the Welfare of Immigrants added: “There is no place for racism in the UK housing market.

“Now that the High Court has confirmed that Theresa May’s policy actively causes discrimination, Parliament must act immediately to scrap it.

“But we all know that this sort of discrimination, caused by making private individuals into border guards, affects almost every aspect of public life – it has crept into our banks, hospitals, and schools.

“Today’s judgment only reveals the tip of the iceberg and demonstrates why the Hostile Environment must be dismantled.”

Very interesting. So does that mean employers no longer have to ensure that prospective employees are legally allowed to work in this country before offering them a job?

it is govts job to remove all illegals

I use an agent to rent out my property. The agent does the identity checks. Being able to see that the tenant has, for example, a national insurance number OR a UTR (unique tax reference) means that you know the tenant either has a record of working and paying taxes or intends to work and pay taxes: You know that this individual is on HMRC's radar.

The difficulty with a NI number is that somebody might have obtained that just to claim benefits from the UK taxpayer via the UK State without actually contributing anything to the UK economy. There was a debate about eastern european migrants being able to work in the UK, claim work-based tax credits such as the Child Tax Credit and send the money back to their EU home country; it is hard for normal working people in the UK to see that as far, although at least if they are working lawfully in the UK using a UTR and paying rent in the UK they are contributing something to the economy because the tax liability falls in the UK.

If migrants are on HMRC's radar then we or our agents ought as landlords to be able to rely on the fact that we have a name associated with an official tax number that a government agency of some kind has checked to confirm that this person has the right to work in the UK, and live in the UK (which might not be a permanent right of residence). It is unreasonable for us to be expected to act as Home Office Immigration officials; we don't have the powers to get the information that would be required, neither do our agents, and the fact that we have been required to do it is just an example of government departments and public sector employees not doing their jobs, not being accountable, and trying to offload their responsibilities onto the private sector.

Is it not a shame that a system that is designed to identify rogues and prevent problems is considered unfair to them. Genuine tenants had nothing to fear, nor now have the rogues.

As for landlords, it is a shame we had to bear the brunt of the investigation of status enquiries, but if we acted reasonably we had nothing to fear. There was also so much to be legitimately gained from being able to accurately identify ones tenants.

Surely the benefit to the State, genuine tenants and landlords outweighs the detriment to those who might abuse us. But then again is that not what the judgement merely requires; for the government to prove the benefit before extending it? They would be silly to merely roll over and withdraw a viable and protective scheme, IF they can prove the benefit.

https://www.hailshamchambers.com/hailsham-chambers-proud-announce-appointment-martin-spencer-qc-high-court-judge/
This is I think the judge. Perhaps he needs a few letters written to him? Ask him what procedure we should implement?

I don't really have an issue with doing the check but the potential penalties will make me play safe.

I actually found it easier to identify EU nationals than some British citizens. All EU nationals had passports and - at least currently - have the right to live in the UK. Whereas quite a number of UK citizens in the lower economic bracket have neither a passport or driving licence, don't work so can't get employer certification. It can get very difficult sometimes.

Hi,
Any suggestion that comments and opinion should be directed to the judge in this case should be avoided at all cost. These are legal proceedings and appropriate avenues of communication exist - via your MP to be forwarded to the appropriate government department.
Do not confuse the use of social media these days with communication within legal proceedings. It could cause you serious trouble. 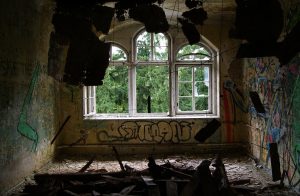 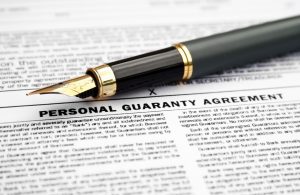 Is anyone else annoyed at this? Personal guarantees for Limited Companies? 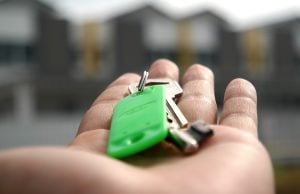