On Thursday it is the birthday of Property118 founding partner Mark Alexander.

Just to introduce myself, I am Mike Woodfine and I have been Mark’s business partner for 22 years.

I thought it would be fun to share some little known facts about the man with the vision behind Property118.com.

Growing up in Staffordshire, Mark was a professional break dancer and at the tender age of just 13 he frequented nightclubs as a paid celebrity!

Mark left school at the age of 16 with the intention of becoming a Royal Marine but soon discovered that wasn’t the life for him.

At 19, having moved to Norfolk with his parents and whilst working split shifts in a factory, he continued his break dancing profession, did boxing and tae-kwondo for fun and on top of all that he still found time and energy to train to become a Financial Advisor. The factory job ended within a few months as Mark quickly found success selling mortgages and financial products to medical professionals.

Mark purchased his first residential investment property in 1989, was head hunted by Citibank and by the age of just 20 he was running a small team. That is where we first met.

Together we set up a commercial finance brokerage, The Money Centre in 1990 working out of Mark’s spare bedroom. At a time when the property market was crashing and interest rates were hitting 15%, The Money Centre flourished. The vast majority of our business came from landlords 6 years before the phrase ‘Buy to Let’ was ever heard of, they were all just commercial mortgages at that time. We re-packaged commercial finance proposals to prevent insolvency and worked closely with Coopers and Lybrand accountants in Leeds who flew a team of three insolvency professionals to Norwich to review our cases every week. Mark studied closely the differences between landlords who were building huge portfolios and those that were hitting the wall and from this learning he begun to develop his own property investment strategy.

Throughout this time Mark continued to develop his passion for property. He was a founder member of the NACFB which brought regulation to Commercial Finance Brokers and he was instrumental in creating NASARB. when the Sale and Rent Back industry fell prey to unethical operators.

As the business flourished we were both able to take semi-retirement by appointing a board of directors to run the company. Mark’s strategies of systematisation and outsourcing meant that the company continued to thrive. At just 35 Mark had built his dream home in Florida over-looking a heart shaped lake and he spent every other month out there.

When back in the UK, Mark was in demand presenting conferences on landlord strategies under The Money Centre brand. In one year alone there were 33 conferences at sporting venues around the country including the Reebok Stadium, Bolton and the Emirates Stadium, Arsenal. Each event attracted as many as 600 delegates and required a 20 strong support crew.

By 2008 The Money Centre was ranked 38th in The Times Profit Track 100. Then, in 2009 our business fell victim to criminal activities. There has been much misrepresentation of this and you can read a definitive outcome reported by Thames Valley Police here. It was our choice to take the hard decision to virtually close the business in November 2009 maintaining a small team who are still working with us today. This was a painful time as many of the 300 staff had become our personal friends, many remain so. We used our reserves to pay all redundancy monies and all creditors. The Money Centre and its reputation in the Buy to Let industry was so strong that it continues to generate leads which are referred to other brokers.

During this difficult time Mark decided to start writing a blog about his property investment strategy to share his considerable experience with other property investors. He quickly realised the potential of this and after a two week holiday he returned and sold our loyal team the idea of creating an online resource for all UK landlords and property investors and Property118.com was born!

We now have a team of 15 people working on the project and the new ideas keep flowing with lots of additional free property resources being planned for 2012. Exciting times!

So, now you know a little more about Mark. You don’t hear much from me, I’m the cautious Yorkshireman who enjoys the whirlwind that Mark’s energy creates.

Happy Birthday Mark! It’s been a great ride, and I’m looking forward to the next adventure!

(If you would like to leave Mark a birthday message please feel free to do so in the comments section below.)

Happy Birthday Mark, the world needs more generous people like you who give freely of their enery and time to encourage others to shape their life and make their dreams come true.  Thank you for the advise your forwarded to me, it confirmed by intuition.  Have a wonderful wonderful birthday and may it be everything you plan it to be. 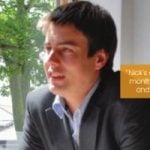 Happy Birthday Mark!
I didn't realise what a diverse background you came from...!
I went over to Florida a couple of years ago on a property-researching trip - would love to hear moe about your time over there? I'm hoping to go back over there and diversify a little...

Happy Birthday Mark for when you wake up in Mexico.
You became my inspiration, friend and now business partner.
Some people really do have the ability to change lives.
Best wishes and enjoy your night out.