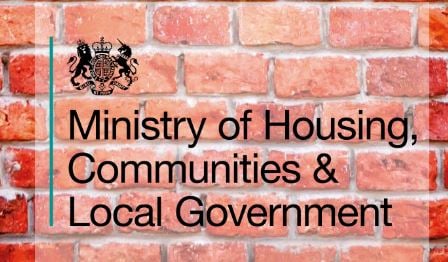 A government news letter sent out over the Christmas holidays has been reported on by Letting Agent Today. It reveals The Ministry of Housing, Communities and Local Government will announce in February its chosen Local Authority to become the new lead enforcement authority (LEA).

Bidding to take on the role of LEA has already started. This role can be undertaken by a local trading standards department and is likely to be similar to the Trading Standards Estate Agency Team.

The Idea was discussed in the Tenant Fees Bill in March (see below) which is soon to go for its third reading in the House of Lords in January.

132.Clause 16 establishes a lead enforcement authority (LEA). Its duties are outlined in the draft Bill’s explanatory notes as follows:

National Trading Standards stated that a LEA could also “provide ‘back stop’ enforcement, where they could take on a significant investigation and potential formal action, if a local authority felt it did not have the capacity to do so”.220 The role can either be fulfilled by the Secretary of State or outsourced to an external body. The draft Bill’s assessment of impact state that “one trading standard body will be nominated as the lead enforcement body”.221

133.The creation of such a body was broadly welcomed in evidence to our inquiry. The LGA stated that “the use of lead enforcement authorities is a helpful way of ensuring that funding is appropriately targeted at the organisations enforcing specific areas of activity”.222 Councillor Robert Lawton told us that “any help we can get is good”.223 Councillor Lawton said the LEA would be particularly useful if it could develop a national database of landlords and letting agents that have been prosecuted under the legislation.224 The LGA stated that the Government must ensure that a “national information campaign is undertaken to make tenants aware of the new rules”.225 We consider that this would be best implemented by the LEA. However, Councillor Blackburn called into question whether a LEA would be able to usefully assist local trading standards:

we would need a very clear point of contact [at the LEA] and they would need to be super-responsive to be able to match the sort of response that our local trading standards and housing enforcement teams would be able to do. I am not quite sure how it could speed the system up.226

134.We heard that for the LEA to be successful, it would need to work closely with a range of stakeholders, including all local authority tiers. Councillor Clare Salier told us that it would be “reliant on relationships”.227 National Trading Standards identified their Estate Agency Team as a body that the LEA “would need with very closely with… as many of the functions have an amount of overlap”.228 The NHC stated that it would need to work with landlords and letting agents.229

135.Alison Farrar from CTSI suggested that the LEA created by the draft Bill could be merged with the existing estate agent LEA as there is “quite a lot of overlap”.230 However, as she also noted, this is complicated by their respective territorial application. The draft Bill applies in England while the Estate Agents Acts 1979, which established the estate agent LEA, applies throughout the UK.

136.The success of the Lead Enforcement Authority is dependent on developing strong relationships with all local authority tiers, tenants, landlords and letting agents. Such relationships should also be cultivated at local authority level. Guidance developed by the Lead Enforcement Authority for local trading standards should strongly encourage collaborative relationships with a range of stakeholders, particularly with all local authority tiers in order to draw on local expertise. The guidance should also highlight existing powers of delegation under the Local Government Act 1972 and the Deregulation and Contracting Out Act 1994 which permit weights and measures authorities to delegate their powers under the Bill to other tiers of local government where appropriate.

137.The Lead Enforcement Authority should be tasked, and given the funding, to launch a nationwide awareness raising campaign to promote the legislation to tenants.

138.We note that there is crossover with the UK-wide estate agent Lead Enforcement Authority but given the territorial application of the draft Bill do not think it is appropriate to merge the two authorities.”

another quango to grow like topsy--and it will be useless

Nottingham Council Selective Licensing should apply, all Landlords will be wrong, & homeless will ensue.

Preperations for Making Tax Digital from April 2019 "are progressing well"