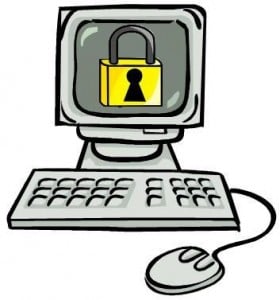 A targeted campaign by the Information Commissioner’s Office (ICO) to get property agents to register under the Data Protection Act has seen a dramatic rise in compliance across the sector.

Since the ICO’s campaign began in September 2010, an additional 2,500 property agents have signed up, with 5,057 estate agents and 2,669 letting agents currently compliant. The campaign was undertaken after concerns that many property agents were unaware of their legal requirement to register.

Under the Data Protection Act (DPA), organisations processing personal information are required to register with the ICO. Failure to register is a criminal offence and could lead to a fine of up to £5,000 in a Magistrates Court, or unlimited fines in a Crown Court.

That’s the offence that a Hertfordshire estate agent was today prosecuted for, after failing to register with the ICO despite being contacted on three separate occasions. Ray Butler, of Butlers Estate Agents, was convicted under section 17 of the Data Protection Act at Hertford Magistrates Court. He has been fined £300 and has also been ordered to pay £405 towards prosecution costs, as well as a £30 victims’ surcharge.

“Registration is not just a legal requirement under the Data Protection Act, but shows that a company is committed to looking after people’s information correctly. This is particularly important for property agents as they will be handling highly confidential information relating to people’s finances.

“Since we launched our registration campaign in September 2010 we’ve seen a 36% increase in the number of estate agents who’ve signed up, with an even more impressive 88% increase among letting agents. We would like to congratulate the industry for stepping up to the mark and showing that they take their legal responsibilities seriously.

“However, today’s prosecution shows that rogue companies remain. This is not acceptable, and we will continue to take action where it is clear that a company is operating in blatant disregard of the law.”

Butler had been contacted on three separate occasions by the ICO and reminded of the need to register, but failed to reply on each occasion.

The ICO has produced an online self-assessment tool which companies can use to find out if they need to register. The tool is available on the ICO here