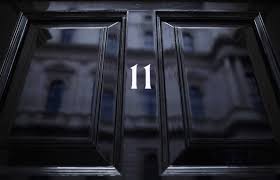 Sharing below my email sent to David Cameron earlier today – perhaps bombarding his Inbox with similar may start to get the message across?

I write to implore you to remove George Osborne from the post of Chancellor of the Exchequer.

The latest debacle and u-turn over cuts to disability benefits is just the latest in a long line of his disastrous budget proposals, from the controversial “pasty tax” in 2012, through the aborted reduction in working tax credits in 2015.

Osborne’s propensity to grab at revenue-raising or cost-reduction ideas without proper consultation or assessment of the consequences would make him a national laughing stock if the implications of his incompetence weren’t so serious.

One such fiscal policy change is the Clause 24 attack on buy-to-let landlords announced in his Summer Budget 2015. This is a ticking time bomb set to turn the current housing crisis into a national disaster with the poorest tenants made homeless as landlords are forced to sell, and the least well-off landlords encumbered with fixed-term mortgages having to pay tax on money which they simply don’t have, it having already been paid to their lender as interest. This will, incredibly, be the only example in the western world of an infinite rate of tax and, more incredibly, it has been introduced by a British Conservative government. It will lead to massive pressure on local authorities to house the newly homeless, landlords made bankrupt by HMRC and a crash in house prices in many parts of the UK, many of which have not yet seen prices fully recover from the 2008 crash.

I should mention here that my husband and I are professional, university graduates in our fifties. We are both lifelong supporters of the Conservative Party and live in the Tatton constituency, we therefore – much to our horror now – voted for George Osborne in the last four general elections. We have a small number of modest but comfortable buy-to-let houses, which we have refurbished and now manage ourselves, with happy long-term tenants. We could never have expected that our decision to plan for our retirement and the future financial security of our children by buying properties would lead to us become the target of an ill thought-out tax raising attack from our own MP.

Surely you will be aware of the long list of voices raised to oppose this tax? This includes: the Treasury Select Committee; the Institute of Fiscal Studies; the Council of Mortgage Lenders; the Institute of Chartered Accountants; the London School of Economics; The Telegraph; Lord Flight; Professor Michael Ball – it is inconceivable that they are all wrong and George Osborne, David Gauke and a group of Treasury officials are right.

Clause 24 was George Osborne’s ill-conceived knee-jerk response to Mark Carney’s warning of the risks to the economy of uncontrolled buy-to-let lending. Now that we have tighter lending criteria and the 3% SDLT levy this is more than sufficient to dampen demand for future BTL borrowing.

It is therefore time to ditch Clause 24, which penalises hard working responsible citizens for past investment decisions. More importantly it is time to ditch George Osborne for making such a complete hash of his job ever since he naively interpreted the unexpected Tory majority as giving him carte blanche to ride roughshod over people’s lives and finances.

One wonders who George Osborne thought he was sneering at when he referred to “landlords” during last year’s Autumn Statement speech – if only he had realised it included a huge number of former Tory supporters who will now never again vote for the Conservative Party.

Er, Tatton Landlord, what makes you think that David Cameron has any incentive to make his chancellor do another U turn?

From my experience of all politicians, they defend what's wrong until their blood is spilt.

The only way this Prime Minister will listen is if he, his family or his rich cronies are facing ruin.
He doesn't give a flying fig about you, me or anyone else in the UK.
He only cares about his miserable self and his image.
He will have been told that after being PM, that his life will begin as a World guru and speaker, just like Blair, Clinton and Major, where idiots will pay for his pearls of crap wisdom.

But Cameron and Osborne are cut from the same cloth! This is like some futuristic film where the elite are in control of the idiotic minions who diligently take everything their rulers throw at them and get on with life's struggle!

So let me get this straight, Cameron's father avoided tax, he died, no doubt Cameron was entitled to his inheritance, did Cameron avoid inheritance tax?

I think there are two factors which need to be considered as to why Cameron is not moving his Chancellor on. Firstly he doesn't intend to stand for another term so doesn't really care if his party isn't re-elected.

But the other is that he must be feeling increasing pressure from his own MPs to get rid of Osbo, yet he isn't acting. He still supports him far more than not caring whether the party is re-elected would allow. Why??? Has Osbo got something on DC? My own view is that he simply must have.

I don't think it's as cloak-and-dagger as that.

It's simply Bullingdon Club loyalty. They're both elitist, tax-avoiding and upper classed, so so far removed from 98% of the public that they serve (including LLs and tenants).

Their political agenda is to favour others in their social circle, and big business and financial institutions (it's all about the money), whilst being either deliberately or sub-consciously ignorant and uninfluenced by the affects on the rest of society i.e. almost everyone.

^ This coming from your stereotypical, Tory voter. Formerly. I'm genuinely horrified by them now. And I will not vote for them again.

We have the politicians of a banana republic that's going to host the Olympics.
Parliament has the morals of a smack riddled kiddie fiddling tramp hostel.
They will never prosecute themselves, they are above the law and they will now make their usual braying noises of derision, not because they care, but because they are simply play acting to the media.

Not a single MP in this country has the morals that you could depend upon, that's why this country is on its knees.

HMRC wont touch them, the Police wont touch them, MPs wont stand a chance at getting at any of them.
Even if Cameron & Osborne were in receipt of millions and you had their bank account statements, they still would come out un-battered.

You will get an 'Enquiry' like Chilcott's and at the end they and you will be long dead before its published.

You and I know that Cameron has hidden assets, so does Osborne, so do all the establishment figures. Didn't Cameron have a dig at Gary Barlow and Jimmy Carr a year or two ago?

What a bunch of bloody hypocritical thieves.

Ha, just say what's on your mind Gary. Love it!

You may of course be right Rachel, but to my mind it's the Bullingdon link that suggests there could be something suspicious. I'm not talking about which parts of his anatomy that DC may place in whatever animal takes his fancy that week, I'm more thinking of the fact that they have so much history together.

So if one little boy decides to do something 'naughty' then he may involve his bad boy chum, because it's what they do. So, can anyone think of anything that our Downing St chaps might have been involved in together?

Of course it may not be illegal, just embarrassing.

There is so much history of Osbo screwing up that I find it hard not to believe that he has something significant on DC.

Just to clarify that I have no expectation whatsoever that Cameron will even read never mind act on my email but, having come to the conclusion that any representation to GO himself regarding the Tenant Tax would be hastily brushed aside, then who else is there to appeal to?
I agree that the two appear to be unnaturally joined at the hip and that Cameron will not want to lose his main ally in Cabinet. But perhaps shining a collective light on how destructive this Tenant Tax would be to Tory party support may plant a seed culminating in non-implementation. Already there is wording in the recent Budget papers that imply some relaxation of the rules - dare we hope that at some point (particularly in view of Cameron's current personal taxation issues) they quietly drop it - wouldn't that be nice?!!! 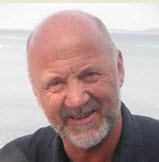 I may have missed this , but have you booked an appointment to see GO as he is your MP. Once he sees the obscene results of his changes he surely could not justify such fundamentally wrong changes?

Can my tenants reduce their rent?