Base Rate unchanged with inflation below target

The Bank of England Monetary Policy Committee (MPC) has today voted unanimously to maintain the Bank Base Rate at 0.75%. This is largely because inflationary pressures have dropped below the medium term target of 2% with August’s CPI at 1.7%, down from 2.1% in July and increased volatility in exchange rates with Sterling recently recovering by 3.5%.

Global growth forecasts have also remained depressed with the continued trade war between the USA and China dampening demand and prices for raw materials and fuel.

“Since the MPC’s previous meeting, the trade war between the United States and China has intensified, and the outlook for global growth has weakened. Monetary policy has been loosened in many major economies. Shifting expectations about the potential timing and nature of Brexit have continued to generate heightened volatility in UK asset prices, in particular the sterling exchange rate has risen by over 3½%.

Brexit-related developments are making UK economic data more volatile, with GDP falling by 0.2% in 2019 Q2 and now expected to rise by 0.2% in Q3. The Committee judges that underlying growth has slowed, but remains slightly positive, and that a degree of excess supply appears to have opened up within companies. Brexit uncertainties have continued to weigh on business investment, although consumption growth has remained resilient, supported by continued growth in real household income. The weaker global backdrop is weighing on exports. The Government has announced a significant increase in departmental spending for 2020-21, which could raise GDP by around 0.4% over the MPC’s forecast period, all else equal.

CPI inflation fell to 1.7% in August, from 2.1% in July, and is expected to remain slightly below the 2% target in the near term. The labour market appears to remain tight, with the unemployment rate having been just under 4% since the beginning of this year. Annual pay growth has strengthened further to the highest rate in over a decade. Unit wage cost growth has also risen, to a level above that consistent with meeting the inflation target in the medium term. The labour market does not appear to be tightening further, however, with official and survey measures of employment growth softening.

For most of the period following the EU referendum, the degree of slack in the UK economy has been falling and global growth has been relatively strong. Recently, however, entrenched Brexit uncertainties and slower global growth have led to the re-emergence of a margin of excess supply. Increased uncertainty about the nature of EU withdrawal means that the economy could follow a wide range of paths over coming years. The appropriate response of monetary policy will depend on the balance of the effects of Brexit on demand, supply and the sterling exchange rate.

It is possible that political events could lead to a further period of entrenched uncertainty about the nature of, and the transition to, the United Kingdom’s eventual future trading relationship with the European Union. The longer those uncertainties persist, particularly in an environment of weaker global growth, the more likely it is that demand growth will remain below potential, increasing excess supply. In such an eventuality, domestically generated inflationary pressures would be reduced.

In the event of a no-deal Brexit, the exchange rate would probably fall, CPI inflation rise and GDP growth slow. The Committee’s interest rate decisions would need to balance the upward pressure on inflation, from the likely fall in sterling and any reduction in supply capacity, with the downward pressure from any reduction in demand. In this eventuality, the monetary policy response would not be automatic and could be in either direction.

In the event of greater clarity that the economy is on a path to a smooth Brexit, and assuming some recovery in global growth, a significant margin of excess demand is likely to build in the medium term. Were that to occur, the Committee judges that increases in interest rates, at a gradual pace and to a limited extent, would be appropriate to return inflation sustainably to the 2% target. 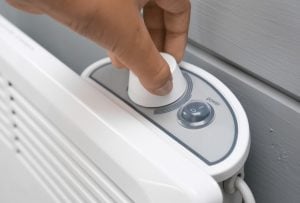 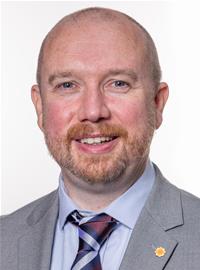 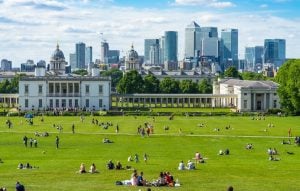 Only one paycheque away